It’s time for players to start purging America of Nazi scum as Bethesda Softworks announce the release of Wolfenstein II: The New Colossus onto the Nintendo Switch.  The Switch version makes the best possible use of the Joy-Con controllers and provides all the Nazi slaying entertainment of the other formats at home or on the go.  You can see the Switch edition launch trailer below… 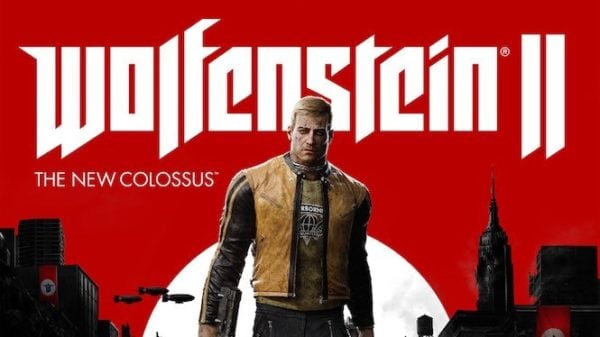 Wolfenstein II: The New Colossus sees the return BJ Blazkowicz as he sets out on a mission to remove the Nazis from American soil by starting the second American revolution.  Players will recruit the bravest resistance fighters and rally the Resistance to take on the evil Frau Engel and her army over locations such as post-nuclear Manhattan, occupied Roswell, New Mexico and the bayous of New Orleans.

“The Wolfenstein franchise is all about over-the-top action, combat and storytelling,” said Jens Matthies, Creative Director at MachineGames. “With The New Colossus, we pushed our creative boundaries even further, and we can’t wait for players to finally experience the next chapter of this wild ride.”

Spark the second American Revolution anytime, anywhere in Wolfenstein II: The New Colossus for Nintendo Switch. Fight through post-nuclear Manhattan, occupied Roswell, New Mexico, and the embattled bayous and boulevards of New Orleans as you liberate the American people from The Regime.

Switch players can start the resistance in Wolfenstein II: The New Colossus now.