DC launches its new crossover series Injustice vs. Masters of the Universe tomorrow, and you can take a look at a preview of the first issue of the six-issue limited series here… 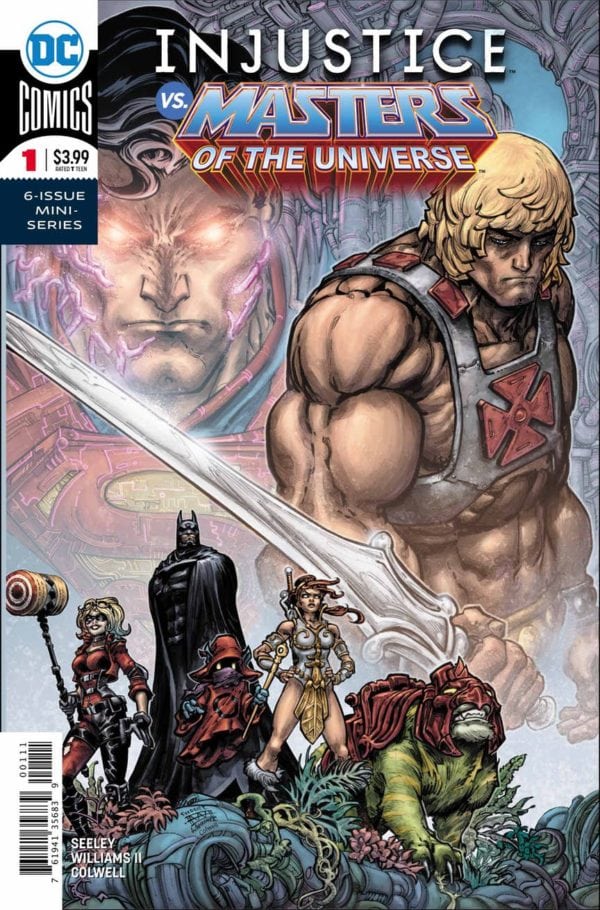 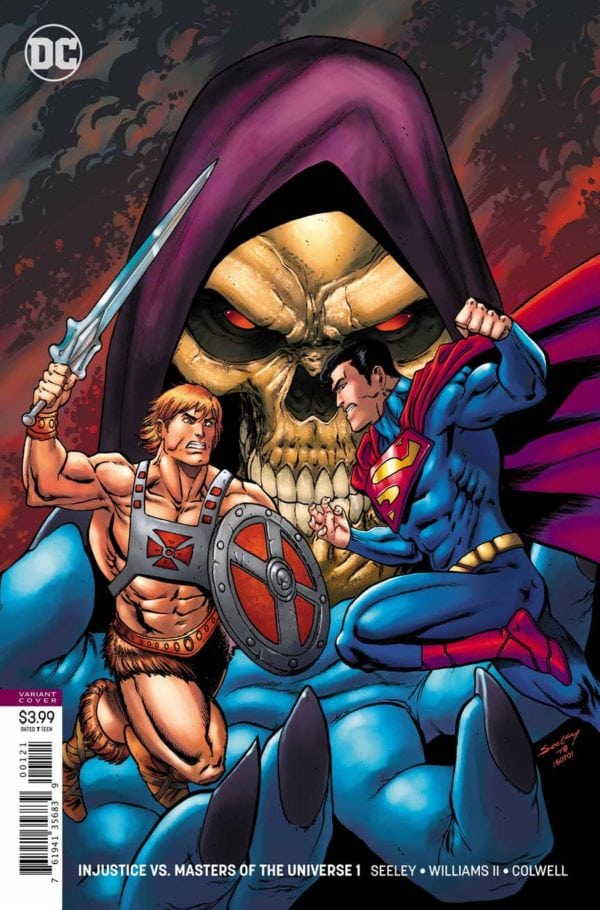 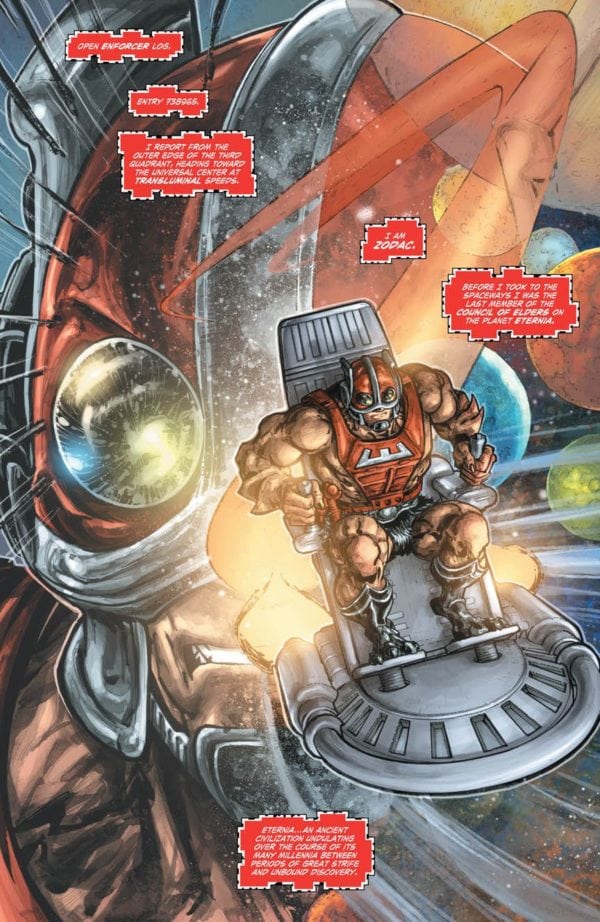 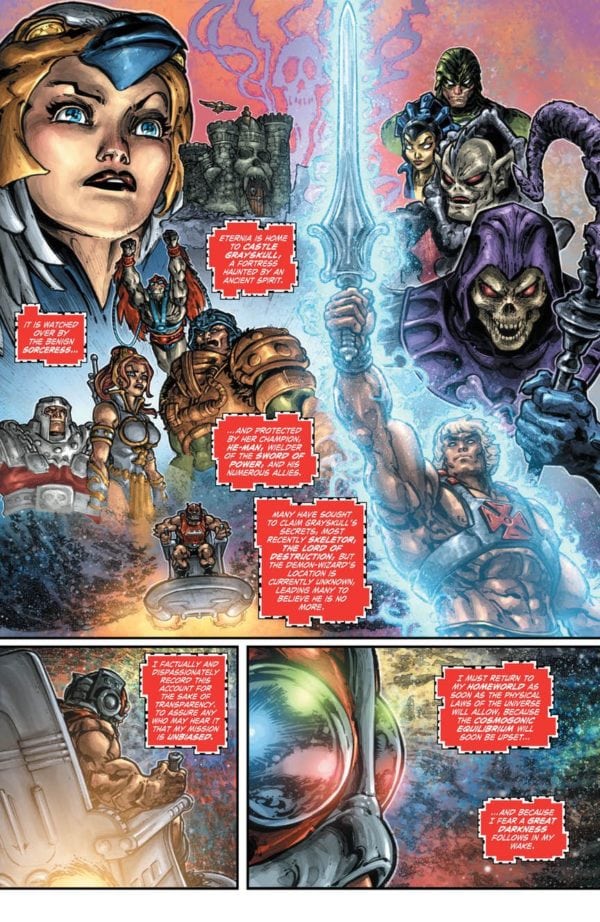 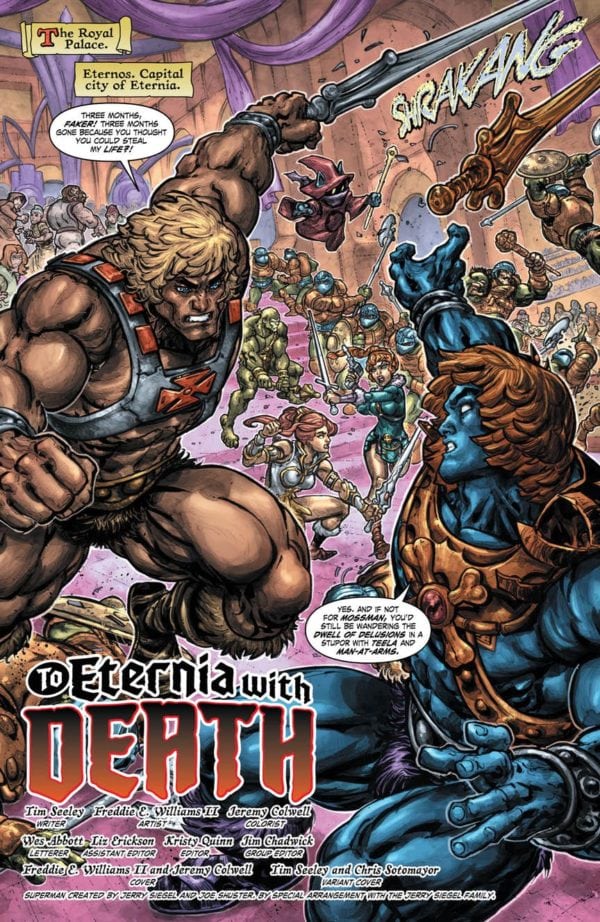 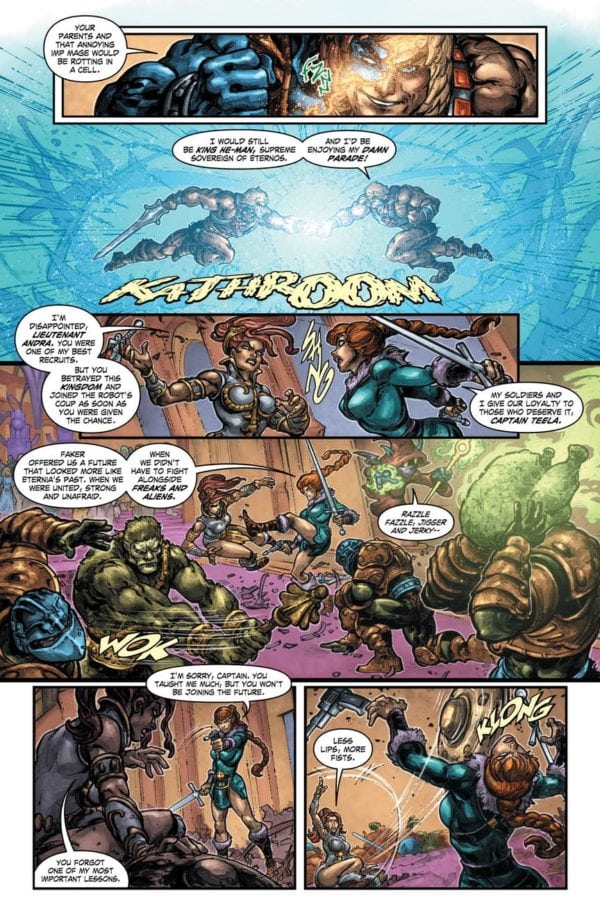 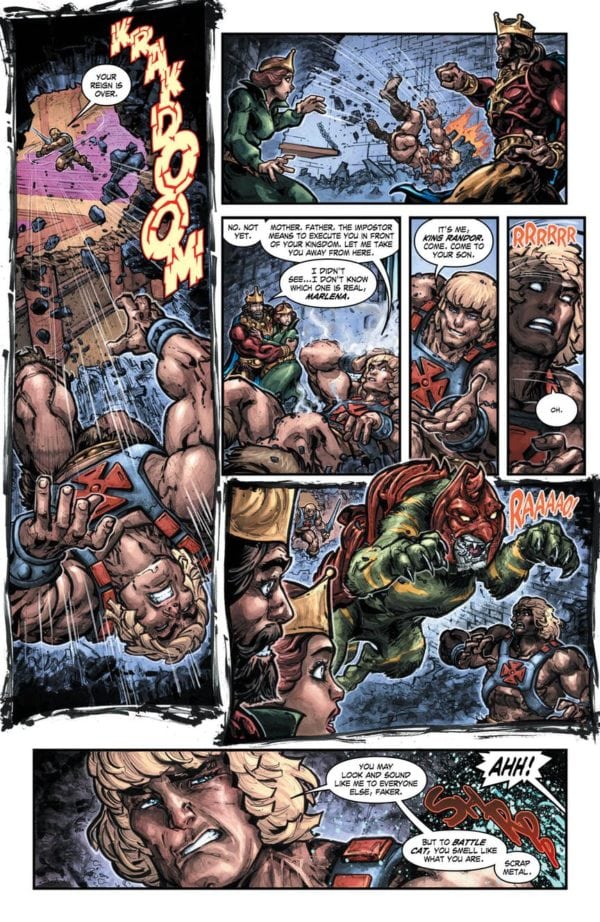 Believing He-man and the Masters of the Universe defeated, a robotic impostor has seized control of Eternia—but not for long! After freeing his kingdom from this strongman’s rule, Prince Adam learns not everyone is pleased to see the pretender deposed—but Adam knows the value of freedom. So when heroes from another dimension ask his aid in deposing a super-hero turned dictator, he agrees. Teaming up with Batman against the Superman of the Injustice Universe, He-man and his new allies face dangerous and familiar enemies in a battle where no world is safe!