Season 8 of AMC’s The Walking Dead may have locked Negan away but that doesn’t mean that gamers can’t enjoy the most charismatic bad guy ever to grace a TV series.  In fact, with the season two DLC pass of Bandai Namco’s Tekken 7 this fan-favorite baddie will make his way into the video game world. 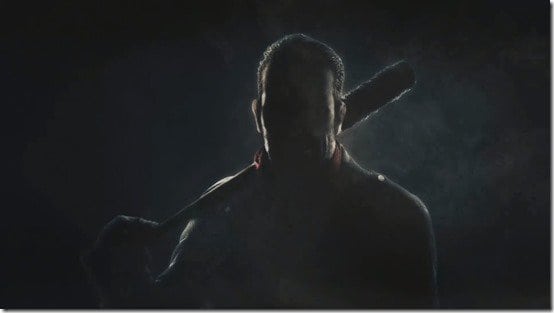 A new trailer has been released showcasing some of the new fighters included in this pass  although we don’t see any fighting done by the big man himself, which is a shame.

As well as the brilliant Negan (and hopefully Lucille), Tekken fans will be able to get their hands on Anna Williams, the personal bodyguard of Kazuya Mishima and second in command at G Corporation.  From the trailer we can see her intense rivalry with Nina is still strong since the original Tekken game.  The laid back cop Lei Wulong will also be returning to provide some comedy and his signature Tiger, Crane, Leopard, Snake and Dragon styles.

Introducing a brand new lineup of warriors stepping into the TEKKEN 7 ring! With Season 2 of the TEKKEN 7 Season Pass, fighters such as Anna Williams, Lei Wulong and Negan from AMC’s The Walking Dead join the fight!

As the personal bodyguard of Kazuya Mishima, Anna Williams is a beautiful and intelligent officer with deadly fighting skills, and serves to drive her sister Nina crazy!