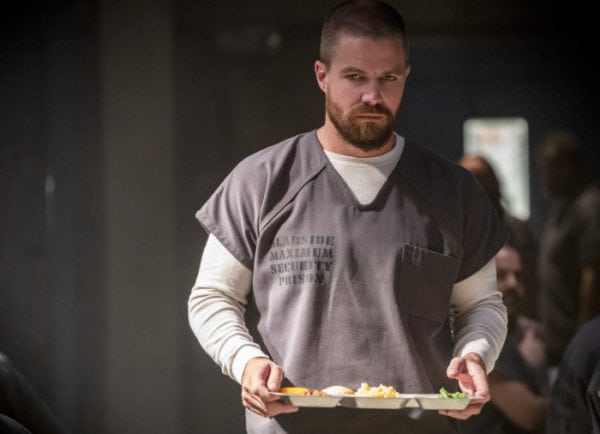 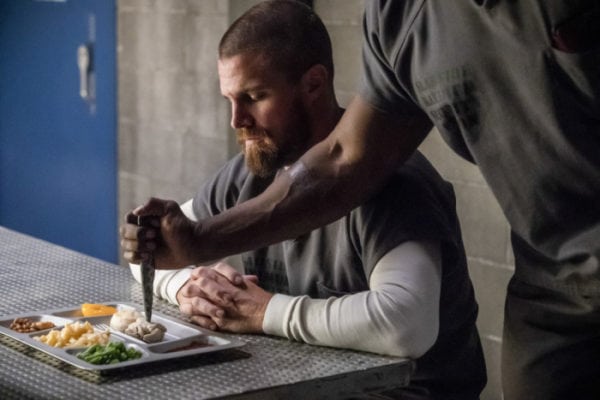 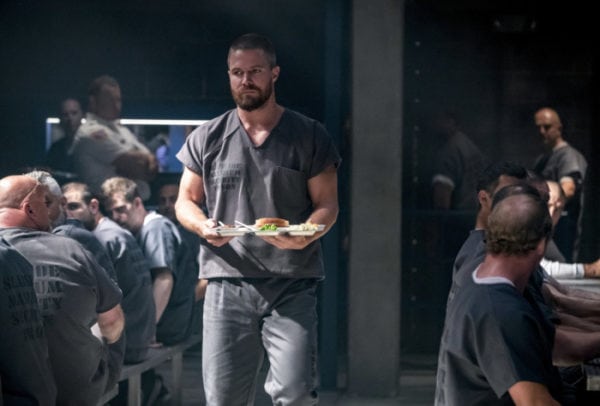 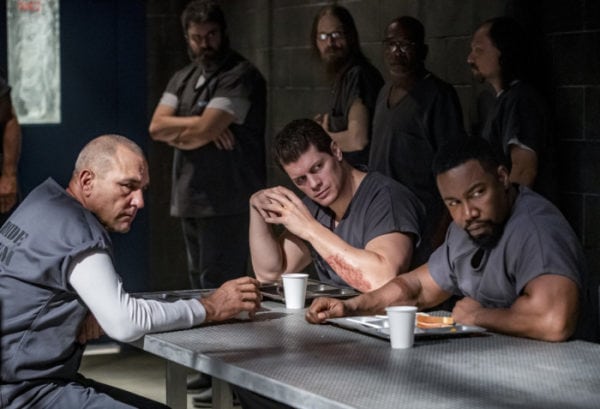 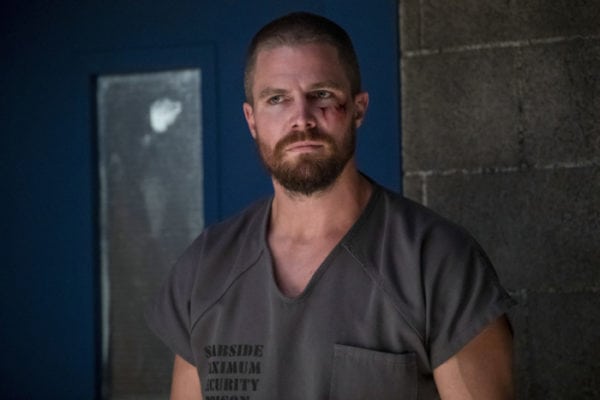 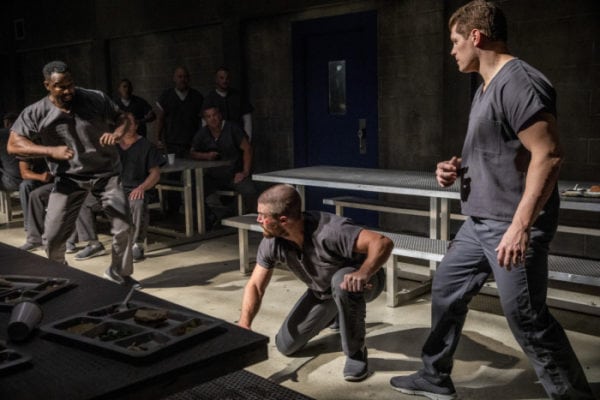 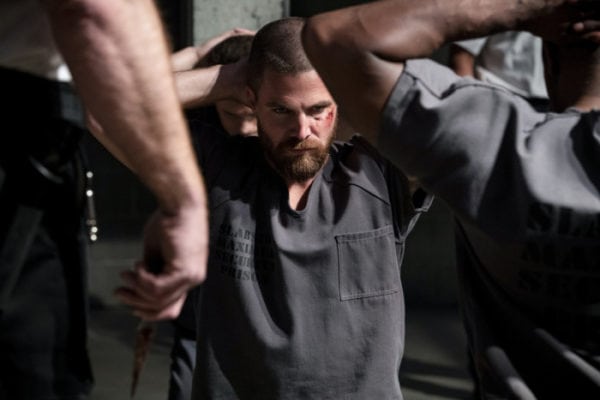 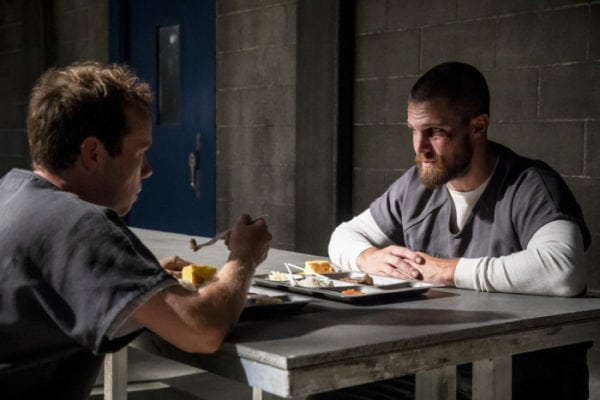 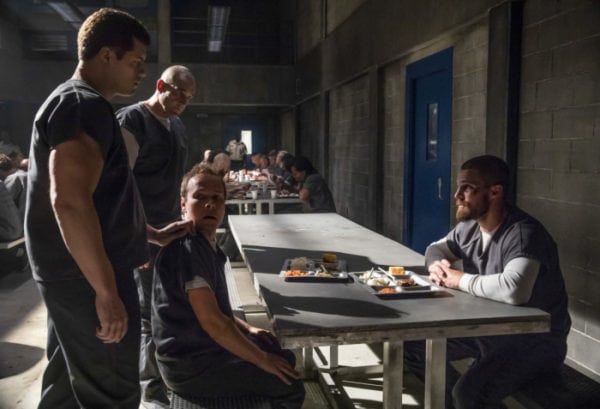 “In the shocking season six finale of Arrow, Oliver Queen (Stephen Amell) not only reveals himself to Star City as The Green Arrow, but he’s also arrested and sent to prison. Cast and producers of The CW/Warner Bros. Television’s hit DC series elaborated on what’s in store for Oliver at Slabside Maximum Security Prison.”

“Now that Oliver’s behind bars, he will come face to face with many of his former enemies, including Ben Turner/Bronze Tiger (Michael Jai White), Derek Sampson (Cody Runnels) and Danny “Brick” Brickwell (Vinnie Jones). With all three held in Slabside, Oliver will be forced to confront these and other villains he locked up while wearing the hood.”

Arrow season 7 is set to premiere on October 15th.