Focus Home Interactive and Cyanide Studio have unveiled the launch trailer for Space Hulk: Tactics ahead of the game’s launch on the 9th October.  Space Hulk: Tactics is the faithful turn based tactics adaptation of the board game from Games Workshop, set in the Warhammer 40,000 universe.  You can see the battle between mankind’s finest and the hideous Genestealers in the trailer below.. 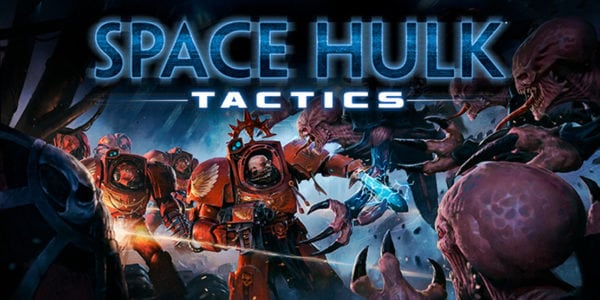 Space Hulk: Tactics will see players lead a squad of Space Marine Terminators into merged together derelict vessels known as space hulks to wipe out infestations of Genestealers.  These vicious members of the Tyranid alien race hide within the depths of these derelicts ready to kill and consume anything that comes on board.  The Space Marine Terminators are elite, genetically modified super soldiers equipped with special Terminator heavy armour and a range of heavy weaponry, including assault cannons and plasma guns.

There will be two narrative driven campaigns for players to experience, each being from the point of view of the two factions; one campaign will put players in charge of a squad of Space Marine Terminators whilst the other will place players in control of the Genestealers.

As well as the campaign, Space Hulk: Tactics includes a mission editor that has been inspired by the clip-together nature of the board in the board game, this means that players can design and share their own maps.

Space Hulk: Tactics will arrive on Xbox One, Playstation 4 and PC on 9th October.  PC gamers can pre-order the game on Steam now and receive special bonuses, beta access and a 10% discount.