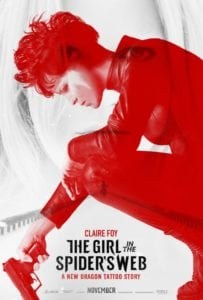 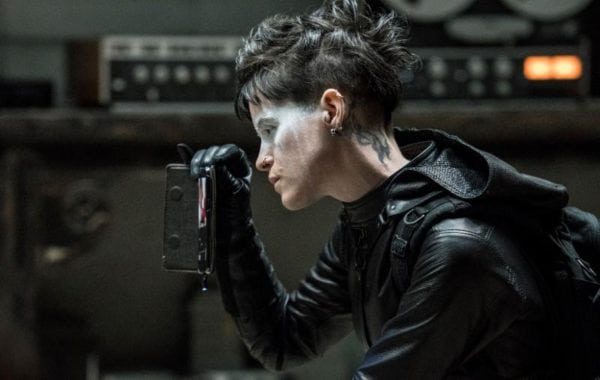 New filmmakers, new actors, hell, this new Dragon Tattoo story comes from a new author (David Lagercrantz), even if the opening credits (far less stylishly mood setting than the brilliance David Fincher accomplished with his overall worthy but noticeable step down remake of the first film within the original Swedish trilogy) snakily try their best with smooth wording to make audiences think they’re watching something adapted from one of the excellent Stieg Larson novels.

And while I can’t speak for the talent of the book writer penning the fourth chapter in this series (I’ve never read any of the novels in all honesty, but have seen every film), Claire Foy is a talented up and comer (in terms of film, anyway, as she is apparently remarkable on the television series The Crown) and Fede Alvarez somehow made a reimagining of The Evil Dead that was as female-empowering as it was outlandishly gory. Ignoring whether or not all of these new ingredients justify continuing the franchise, it’s hard to deny that some eye-catching names are attached to The Girl in the Spider’s Web.

It’s a stain on everyone’s resume.

The Girl in the Spider’s Web opens with a pair of young sisters playing chess, where one of them is soon prompted to enter the bedroom of their father, a cretinous, disgusting, and vile human being. He plans to sexually molest one of them (and generally appears to be a horrible person) but not before a child Lisbeth Salander risks her own life backing out of a second-story window, falling to the ground in hopes of escaping the clutches of such abusive and traumatic upbringing. It’s a dark, but perfectly fine setup for some inevitable personal drama and a sibling rivalry, further exploring such pertinent material in the #MeToo era. Unfortunately, the sisters are given surface value personalities and not much to work with acting-wise; it’s never a good sign when a villain says “why did you never save me” and your reaction is “good point”. Lisbeth (Claire Foy) does give a reason, and a believable one at that, but it’s also hard to take seriously in the context of this preposterous and boneheaded thriller where hacking is treated like a magic trick and male characters walk through snowy landscapes despite breaking lower leg bones. Logic has been lost. 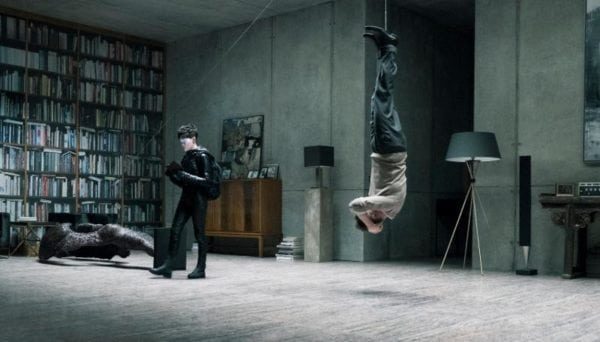 For those expecting twists and turns (which is par for the course with the series), search elsewhere, as the gist of the plot is fairly decipherable from the beginning save for a few smaller but not necessarily exciting details. Even Lisbeth’s edge has been drastically toned down, offering about as much suggestion that she’s bisexual as Bohemian Rhapsody tackling Freddie Mercury’s homosexuality last week. No, that doesn’t mean there need to be hardcore sex scenes with her trademark nipple piercings or anything, but gone are the over-the-top punk rock hairstyle and chain-smoking tendencies of the character. Claire Foy does what she can and makes the most of the action sequences (many of them are well choreographed with claustrophobic cinematography for close quarters combat and panned out shots for outdoors battles that also beautifully capture the wintry atmosphere of Sweden), but likely studio interference from Sony has failed her from the beginning in shifting the direction of the franchise to something more mainstream and marketable.

To the film’s credit, it does not go into cartoonish territory with the idea of nuclear weapons being stolen for purchase by an unknown buyer, aside from whether or not one can get on the wavelength of Lisbeth successfully being able to crack into national security. What could have further derailed both a tragic and badass heroine into a generic save the world plot line, thankfully, only serves as the backbone for the eventual interactions between her and her sister Camilla (Sylvia Hoeks, decked out in devilish red and looking highly photogenic amid the aforementioned winter wonderland landscapes). With that said, The Girl in the Spider’s Web still fails at weaving new layers to Lisbeth or even doing justice by Camilla as a victim despite her own highly illegal wrongdoings. In that regard, the film feels misguided and fake as far as adding to the current conversation regarding abuse against women.

Strangely enough, the best scene in the entire movie comes near the start, seeing Lisbeth turn the tables on an abusive high-ranking male CEO. Due to Mikael’s (here played by Sverrir Gudnason, a much younger interpretation of the character adding further evidence to Sony’s desire to release something more conventional) journalistic reports, Lisbeth has become a known public figure for dishing out vigilante punishment against men who hurt women, emotionally or physically. Instead of retreading familiar thriller territory with severely diminishing returns, that’s what this new Dragon Tattoo story should have been. 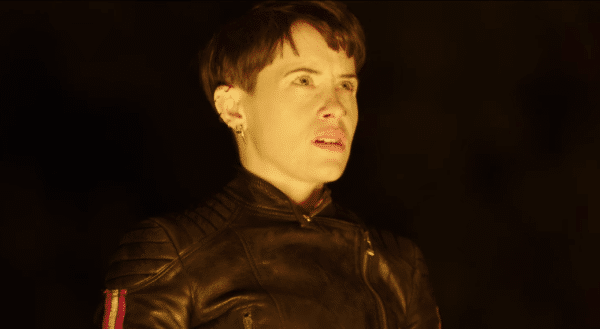 As it stands, the script is silly (one supposedly wise character needs another person to tell him a certain word is Russian, when you think the origins would be the first thing researched) and the characterization is nonexistent. I won’t say Claire Foy should go punish Fede Alvarez for this mess, because truthfully it does have its entertaining moments, and it probably isn’t fully his fault, but the filmmakers were certainly the ones stuck in a spider’s web cranking this one out.