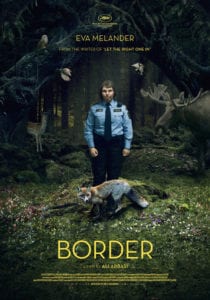 A border guard with an unusual ability to smell when people are guilty is drawn into investigating a child pornography ring, while she also meets someone who may share her gifts. 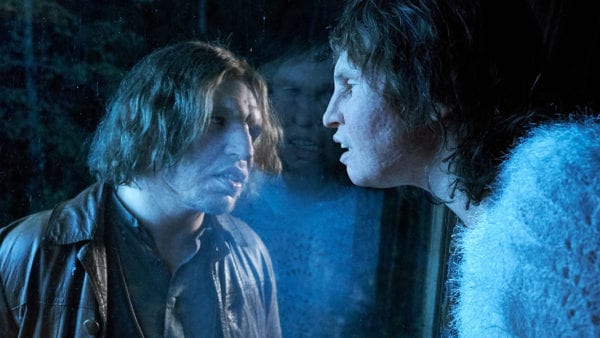 Imagine The Shape of Water, but nastier and even more unusual. That’s essentially the sell for Ali Abbasi’s Cannes Film Festival award winner Border, which is a dark romance that places the emphasis on the darkness. Adapted from a short story of the same name by Let the Right One In author John Ajvide Lindqvist, this is a film that embraces its weird soul and encourages its characters to do the same – for good and for bad.

Eva Melander, under a four-hour prosthetics job, is border guard Tina. She has an uncanny ability to detect when people are carrying something they shouldn’t be, from illicit booze to a memory card full of horrific child pornography. Initially, no one seems to remark on her unusual facial features and so the audience is immediately knocked off centre. Should I be noticing this? Is there anything going on? Soon, though, the brutish and taciturn Vore (Eero Milonoff) arrives, shocking Tina with a suitcase full of bugs and a very similar facial deformity.

Melander’s performance draws the audience in, easing them into the story’s more fantastical elements. She’s believable and tender as a kindly woman, driven into woodland isolation – she lives with her layabout partner (Jörgen Thorsson) in a secluded home – by her own insecurities. Her only other emotional interaction is when she visits her infirm father (Sten Ljunggren) in the rest home where he lives. Tina is an entirely passive, meek figure, with Melander managing to portray every element of the character’s sadness, even through the Oscar-nominated make-up. When she declares, at one crucial moment, that she has “always felt ugly”, the film takes a genuine turn for the moving. 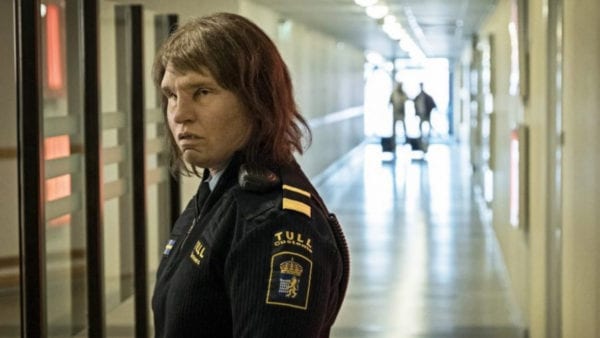 Her inner, wounded passion is brought out by Milonoff’s character, who reveals a secret about who Eva really is, shaking up her worldview and giving rise to a scene of intimacy so bizarre that it makes Fifty Shades of Grey look like a wholesome night at the bingo. Milonoff’s Vore is an animalistic being and his performance is all barely concealed rage, communicated through his hunched physicality, looming over people and wearing a constant half-smirk as if in a constant state of intimidation. He brings out Eva’s more bestial side as well and soon they’re running through the trees naked, in a scene that is the closest the movie gets to the carefree romance of Del Toro’s aforementioned fishy fairytale and its monochrome musical number.

But unlike Del Toro’s movie, Border somewhat lacks faith in humanity, with Vore’s permanent opprobrium turned squarely on the people responsible for atrocities in his past. It’s here that Abbasi’s film travels down some grisly alleys that may prove a step too far for some viewers, but it’s clear the director realises that and so dials down the fantasy-horror elements of the story in order to make the seriousness of these revelations transparent. This movie deals in wild, supernatural thrills, but is willing to delve into genuine darkness in order to examine its themes about mistreated outsiders struggling with whether to become what many assume they already are.

And this is the genius of Eva as a character, and of Melander’s performance. She’s a woman who declares that she doesn’t “see the point of evil”, but temptation crosses her path and it’s never quite clear which way she’s going to travel. When her place in the world comes knocking, but comes with a price, the movie constantly pushes and pulls at the audience’s expectations and sympathies, while Melander never loses that central core of empathy from the viewer. We don’t know what path Eva will take, but we know we’ll follow her down it. 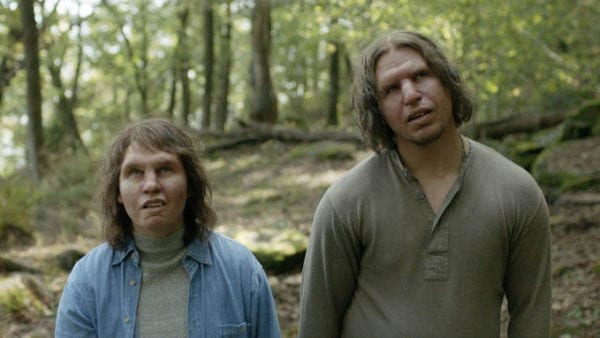 Border is an unsettling nightmare of a movie that enjoys rolling in the dirt, but finds emotional tenderness and power through Melander’s heart-wrenching performance. This is fantasy romance with a snarl of misanthropy and more bite than a vampire school reunion. It needs to be seen.