Fans of Taika Waititi’s What We Do In the Shadows won’t have to wait too much longer for the upcoming TV series adaptation. While a formal date has yet to be set, FX has announced the series will premiere sometime in March, with a new teaser trailer arriving online to accompany the news. Watch it below… 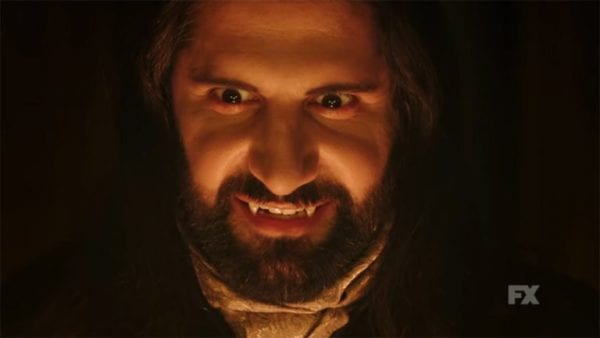 What We Do In the Shadows follows the same mockumentary format as the original film and revolves around three vampires living in the Big Apple. The series was created by Waititi and Flight of the Concords‘ Jemaine Clement and will run for 10 episodes. Here’s the official synopsis:

What We Do In the Shadows is set to premiere on FX in March and features a cast that includes Kayvan Novak (Early Man), Matt Berry (The IT Crowd), Natasia Demetriou (Year Friends) and Harvey Guillen (The Magicians).