It’s that time of the year again when the film world’s biggest and brightest stars gather together to celebrate the best of the year just past. It’s also the time of the year where I spend the next few weeks looking at Oscar ceremonies of the past and arguing the case for films that I feel should have won that ever coveted Best Picture trophy over those that did. So to kick things off, we’re getting political. 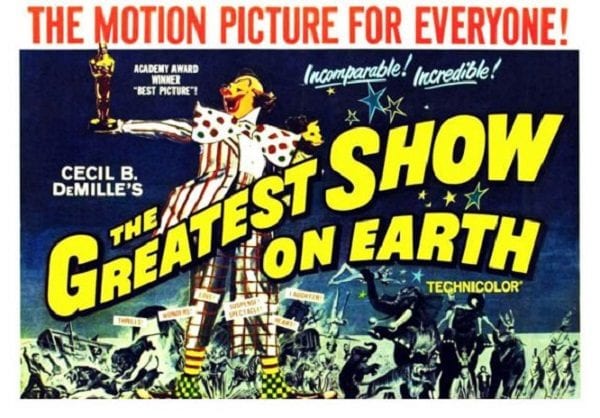 Whether it be in the choice of the films it nominates, to the way that its members vote or to the political remarks that winners will sometimes make in their victory speeches, it is easy to see why sometimes the Oscars are sometimes accused of being overtly political.

However, in the case of Academy Awards celebrating the best of 1952, it was politics that was very much at the forefront of proceedings when it came to crowning the Best Picture of that year.

Cecil B DeMille’s The Greatest Show on Earth would ultimately take home the top prize, but has in the decades since has been regularly described as among the worst (or perhaps least deserving if you want to be fair) films to win the Oscar for Best Picture.

The film that was the true and unfairly snubbed winner was the controversial western High Noon, a film that despite its thematic brilliance and superb execution had no chance of winning in the deeply polarised political climate that it was released into. 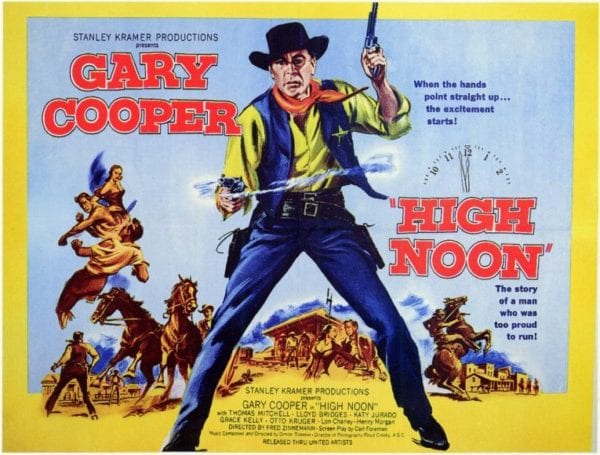 Will Kane, the Marshall of the small town of Hadleyville is readying himself to retire and spend the rest of his life with his new bride. However, Kane’s plans for a peaceful farewell to law enforcement are threatened by the impending arrival of Frank Miller a vicious outlaw he had previously locked away, with the outlaw and his gang due to arrive in town for a final showdown at noon.

In the lead role of Will Kane, Gary Cooper more than deserved his Oscar for what is a suitably low key yet layered performance as a Marshall torn between his duty and his love for his wife.

While other actors of his era (John Wayne for instance) may have preferred to “go big” and give grand theatrical performances that dominated the screen or devoured the scenery, Cooper’s greatest strength is that he did the opposite. Instead of a big grand display of theatrics, Cooper instead allows his quiet demeanour, body language and subtle facial gestures to do most of his talking. It’s the subtly with which he deploys these assets that manage to capture the feelings of frustration, anguish and fear in a way far more effective than any kind of big theatrical monologue never could. 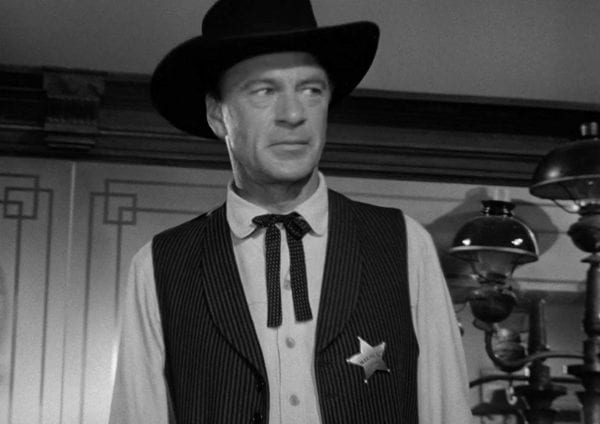 What makes Cooper’s Kane among the greatest and most celebrated of western heroes is that he’s one of the few who seems to be in touch with his humanity. Kane is no gunslinging badass who can shoot bad guys with both eyes closed and with one hand, he is a flesh and blood man who has knows it’s his duty to uphold the law but is nonetheless terrified by the prospect that he could very well die by doing so. It’s an internal conflict that is perfectly captured in a moment in which Kane quietly breaks down when he finally realises he has to face his foes alone, before picking himself up and going out to face his fate.

It’s a terrific performance that demonstrates the talent and screen legend that Gary Cooper is rightly heralded as, with his nuanced and quiet portrayal ranking as one of the greatest heroes in cinema history.

While the supporting cast doesn’t quite get as much time to shine as Cooper, the film is full of great character moments with the townsfolk Cooper is sworn to protect a mixture of well-meaning friends that can’t help due to health issues or they a bunch of seemingly helpful “friends” who later turn their back on their former protector. I especially liked a small appearance from Universal Horror stalwart Lon Chaney Jr. as Kane’s crippled mentor who rather bluntly sums up why the townsfolk don’t wish to help, stating that “down deep they just don’t care”.