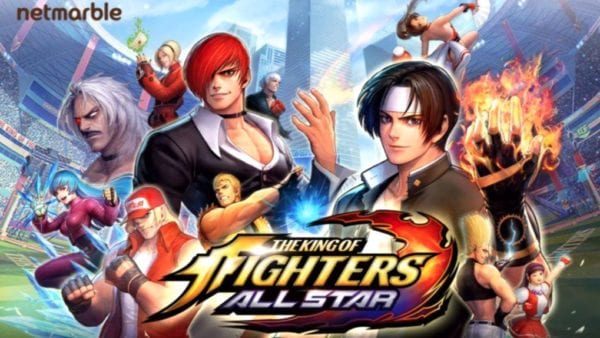 Netmarble’s The King of Fighters All Star will boast fast-paced action as players battle their way through wave after wave of enemies, bosses and rival fighters.  Every effort has been made to ensure players will experience their martial arts skills through lightening fast animations.  Players will be able to use their roster of fighters to complete levels and participate in tournaments and challenges.

At launch, players will have access to over 50 fighters that can be collected and upgraded as well as a wealth of content, and for those fans who have followed the franchise, their will be hours of fun filled nostalgia.

“The Netmarble family prides itself on reimagining popular brands into engaging mobile games,” said Simon Sim, President, Netmarble US. “The King of Fighters All Star features an exciting action RPG format and comprehensive roster which will appeal to both longtime fans of the franchise and newcomers looking for an action-packed mobile experience.”

The King of Fighters All Star will be available on mobile devices via Google Play and the App Store later this year.