Ahead of its release this October, Samuel Goldwyn Films has revealed a poster and trailer for the upcoming thriller The Parts You Lose. Directed by Christopher Cantwell, it stars Breaking Bad’s Aaron Paul as an injured fugitive who is helped in his recovery by young deaf boy (Danny Murphy), and in turn teaches him to defend himself against the local bullies as the authorities close in. 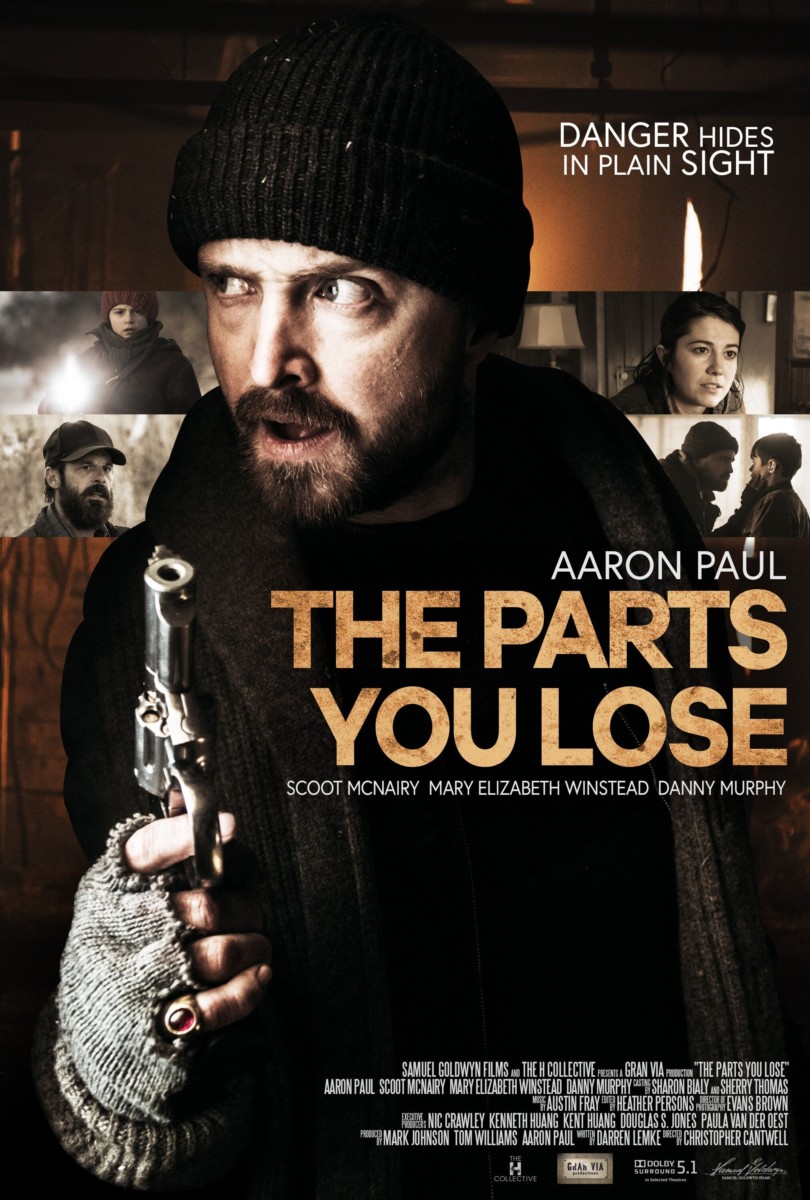 Wesley, a young deaf boy, is frequently bullied at school, and his home life, a sanctuary, consists of his loving mother and younger sister. When his father, a rough, unhappy man, returns home, Wesley withdraws into a shy and uneasy silence. But one day, on his cold walk home from the school, Wesley finds a strange man helpless and bleeding next to the road. He brings the man to an abandoned barn not far from his house. The man slowly recovers, helped by Wesley, who sneaks him food and medical supplies unbeknownst to his parents. He and Wesley develop a paternal bond as the man teaches Wesley how to toughen up and stand up to bullies, both at school and at home. As the police presence begins to grow, Wesley sees the darker side of the man he has helped. After a police officer visits his house, Wesley realizes he may not be able to protect the man from being found and from the violence that will follow. Wesley must choose between his loyalty to a dangerous stranger, and his growing understanding of right and wrong in the world.

The Parts You Lose is set for release on October 4th and also stars Scoot McNairy and Mary Elizabeth Winstead.