Sideshow and Quantum Mechanix Inc. have unveiled the Q-Master Batman Family Knight Out diorama which sees Batgirl, Robin, Red Robin, and Nightwing joined by Red Hood. The DC collectible is available to pre-order now, priced at $200.00; check it out here… 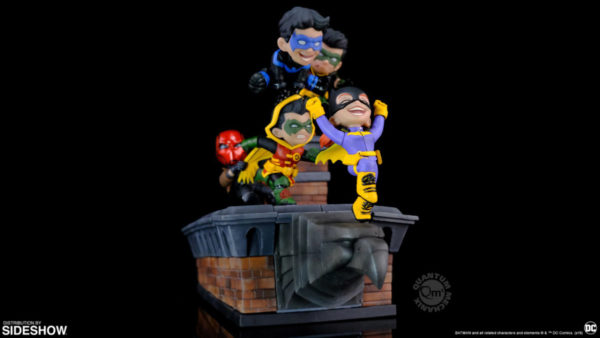 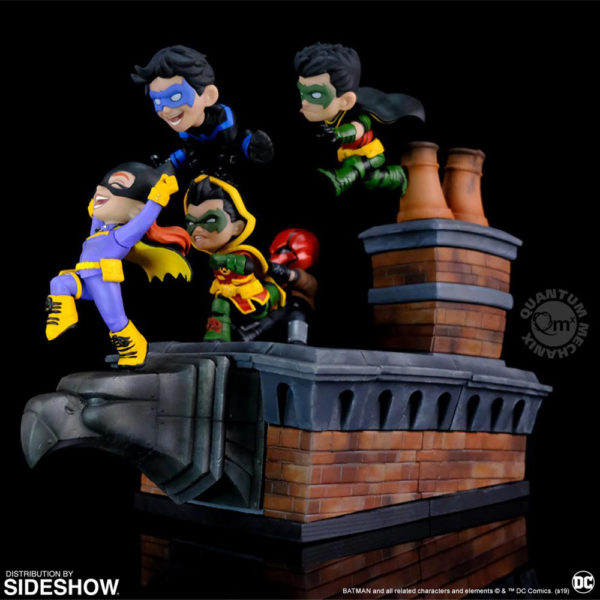 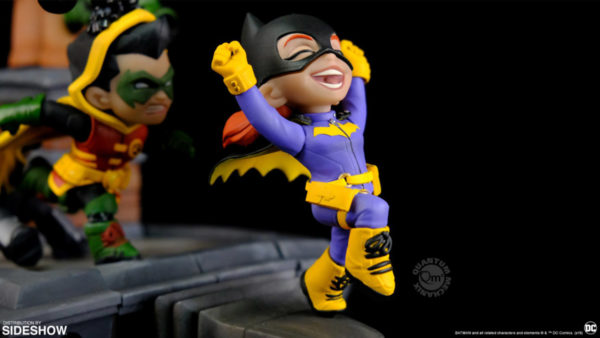 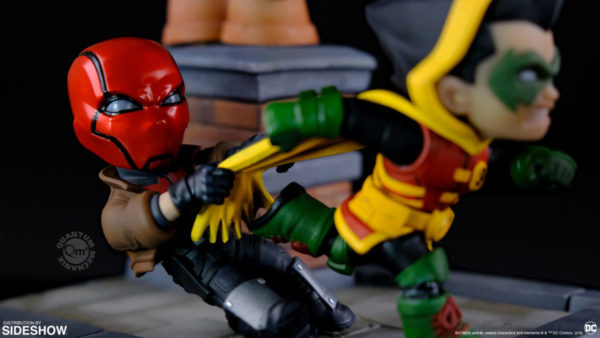 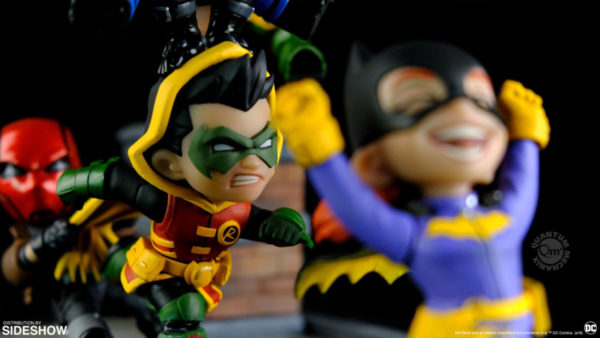 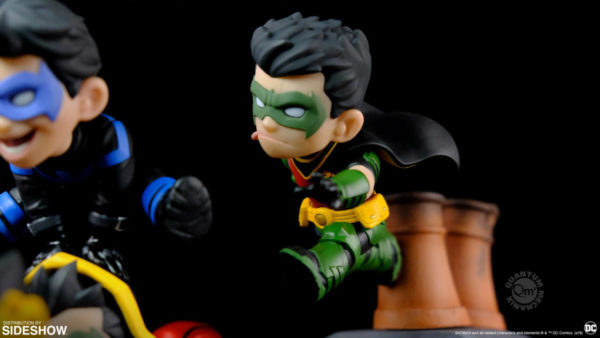 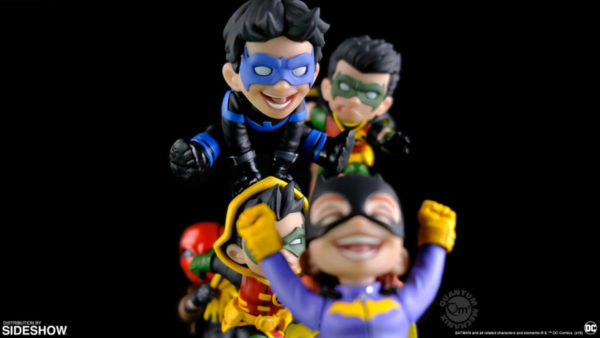 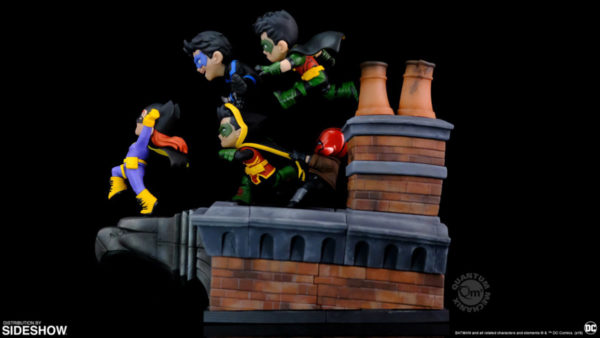 Batman’s protégés get to have amazing adventures most children can only dream of, even if they risk their lives every time they put on the cowl. But just because these kids have to grow up to do their jobs, doesn’t mean they’ve lost the desire to play. Don’t be surprised if the next time you look up in Gotham you see some small, caped silhouettes chasing each other across the rooftops!

Our Batman Family Knight Out Q-Master diorama features the Dark Knight’s collective of ­Robins and Batgirl as they leap from chimney to chimney, enjoying the challenge of trying to beat one another as they race across the skyline. Tim Drake (Red Robin), Damian Wayne (Robin), Dick Grayson (Nightwing) and Barbara Gordon (Batgirl) are perfectly presented as they put their heroic skills to the test on a detailed rooftop setting. And, of course, Batgirl leads the pack, raising her arms in triumph at the roof’s edge.

As with all Q-Master dioramas, Batman Family Knight Out is a limited edition piece and features a numbered Certificate of Authenticity signed by its creator, QMx Creative Director Mohammad Haque. It will ship in a specially designed collector’s box to perfectly protect the diorama in transit.