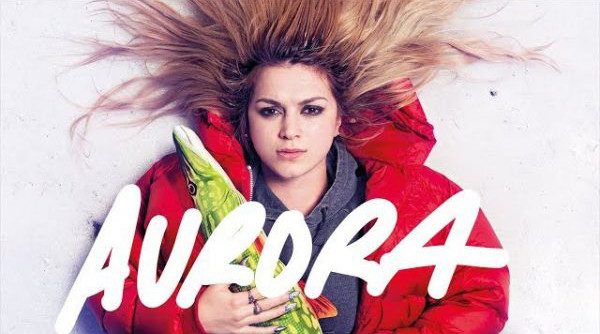 Aurora (Mimosa Willamo) is a free-spirit-cum-alcoholic, who dreams of a life away from her job at a Lapland nail bar, or as the carer for her similarly sozzled father. Her path crosses with Darian (Amir Escandari), an asylum seeker desperate to secure a future for his daughter, so-much-so that he agrees to let Aurora find him a Finnish bride in exchange for the money she needs to begin her new life in Norway. 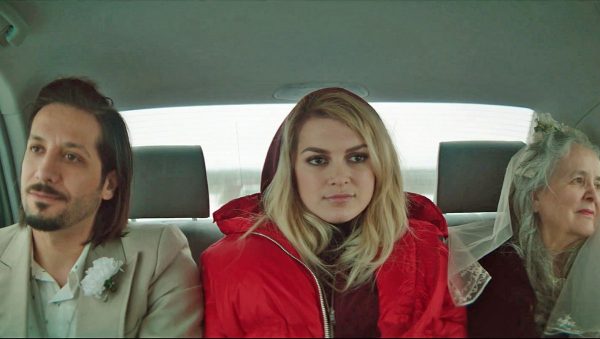 It takes a dash of something special in order to make a rom-com or dramedy stand-out from a crowded marketplace full of titles you’ll happily skip past on a streaming service menu. A When Harry Met Sally or (500) Days of Summer don’t come along very often, and while Miia Tervo’s sweet-natured slice of loveable melancholy doesn’t do that much new with the formula, there’s enough in the winning performances and timely social commentary to mark it out as a feel-good modern romance worth falling for.

Most of this is due to a firebrand performance from Mimosa Willamo, whose effervescence is so contagious that it threatens to melt the snow around her. An immediately intriguing presence, Willamo plays Aurora as a character always teetering on the edge of something: it could be a joke, it could be a meltdown, it could be a sad karaoke rendition that she’s quickly snatched from by one of her impromptu changes of mood. It’s this unpredictability, this sadness of wearing multiple facades, that draws you towards Aurora. It’s a complex performance from Willamo, earning adoration and contempt from the audience, but it’s undeniably the main reason that Tervo’s film works.

Circling the human maelstrom that is Auroa are an ensemble of complimentary performances, most notably Amir Escandari, who is so much more than just a love-interest in the guise of a topical talking-point. Yes, his asylum status is integral to the plot, and a commendable foundation on which to build the narrative thread for a love-story, but it’s his character that’s important in making Aurora’s arc that much more believable, and ultimately satisfying. Their individual situations might be heightened for dramatic effect (immigrant and alcoholic), but the two of them always feel authentic.

Tervo ensures that the Lapland locales are also as much of a character as those peppered throughout the story, with the purity of the snow a visual and metaphorical contrast to the bright, loud personality at the heart of the story. It greatly accentuates the isolation that both characters are suffering from. How can you find your place in the world, because that’s what they’re both trying to do, when your starting point feels so disconnected from everything?

Wonderfully shot, brilliantly acted, and tender in execution, Aurora takes the familiar and gives it distinctly unique twist in the form of its impressive leading lady.