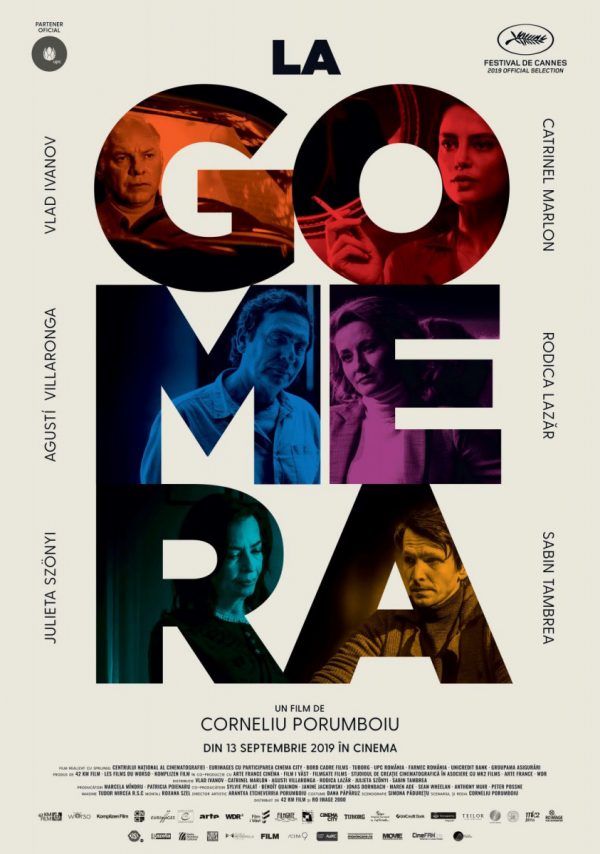 A bent cop becomes embroiled in a crime syndicate he was originally investigating and soon learns their secret language of coded whistles. 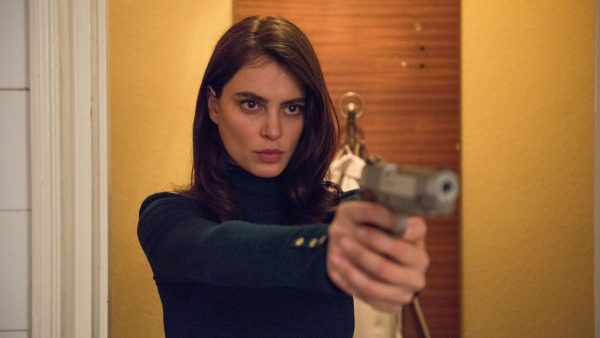 The whistled language of ‘El Silbo’ dates back hundreds of years, way back to the indigenous Guanche inhabitants of the Canary Islands. It’s a compelling and impenetrable lingo, boiling down the Spanish language to a series of loud, coded whistles that can be heard over long distances. Given the obvious intrigue of this idea, it’s baffling that the island of La Gomera – which gives The Whistlers its original title – has never featured in a movie until now. Writer-director Corneliu Porumboiu’s crime thriller changes that with a labyrinthine noir tale set in the world of organised crime.

Cristi (Vlad Ivanov) is investigating a Bucharest crime syndicate when he falls for the alluring Gilda (Catrinel Marlon) after she pretends to be a high-class sex worker in order to fool surveillance cameras placed in his house by suspicious superior Magda (Rodica Lazar). His boss has good reason to be wary because Cristi is deeply embedded in a scheme involving mattresses packed with cash and is learning the language of ‘El Silbo’ from senior syndicate member Kiko (Antonio Buíl). But the net, as one would expect in a film such as this, is beginning to close in on the criminals. 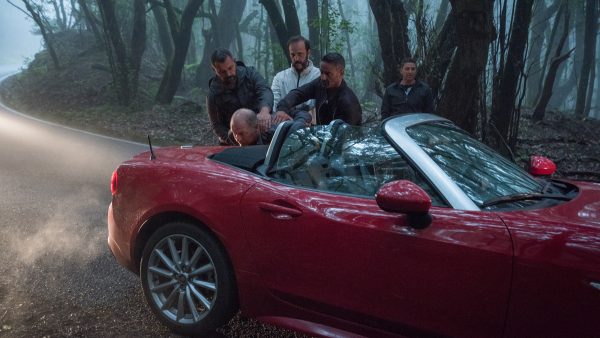 If there’s one thing The Whistlers is reaching for, it’s the stylish world of Hollywood crime thrillers. The karaoke machine soundtrack starts with Iggy Pop’s ‘The Passenger’ and runs through to the original German version of ‘Mack the Knife’. Porumboiu peppers the movie with stark, coloured chapter headings loosely dividing the story through the prism of various characters, with each title card’s colour transplanted into the movie’s world, whether it’s via a red dress, the yellow walls of a motel room or the purple petals of a bunch of tulips. These cards are visually arresting, but don’t serve to illustrate the plotting at all.

The Whistlers is a knotty, complex film that doesn’t let up its pace for the sake of the audience. It’s so desperate to maintain its breakneck, slick, quasi-Hollywood style that it essentially straps on a pair of storytelling rocket boots and tells the audience to keep up – a near-impossible task. Porumboiu’s film twists and turns like a Viennese Waltz performed at triple speed, losing any of its grace or beauty in favour of simply keeping moving at all costs. 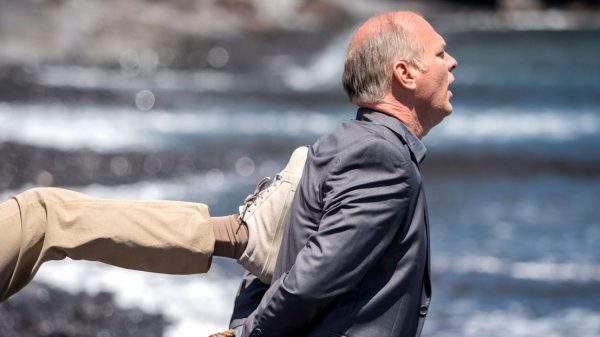 The performances are interesting, with leading man Ivanov doing a terrific job as the lovesick Cristi, who desperately wants to express his emotions but can’t for fear of his double life being exposed. Marlon, too, is intriguing as a woman who initially seems like a fairly stock crime movie archetype, but has layers and depth beyond that. The same cannot be said for the other members of the crime syndicate, who are almost entirely interchangeable and fail to make any sort of impression.

Most disappointingly, this movie gives very little space to its most interesting element – the whistling language. The potential of this as a storytelling device is entirely tossed aside and it becomes a mostly insignificant side element of a movie that has a tonne of plot to barrel through. This is a definite case of a film with plentiful style, but little substance, despite its best efforts to convince the audience that it’s full of depth. It’s a movie that ends not with a bang, but with a whistle.