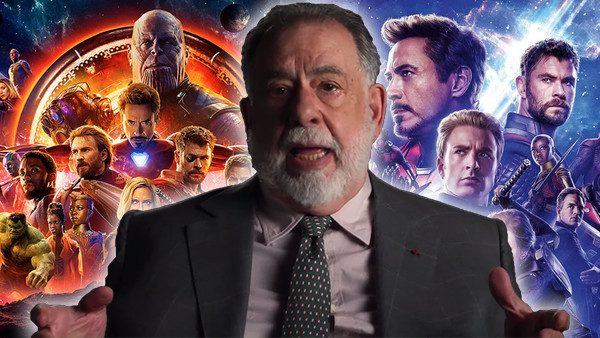 Martin Scorsese’s recent comments about Marvel caused plenty of controversy, with the likes of Robert Downey Jr., James Gunn and Kevin Smith speaking out to defend Marvel Studios after the legendary director dismissed the MCU as “not cinema”.

However, it seems Marty does have one supporter in his fellow filmmaker Francis Ford Coppola, with The Godfather helmer going one further to brand Marvel as “despicable”.

“When Martin Scorsese says that the Marvel pictures are not cinema, he’s right because we expect to learn something from cinema, we expect to gain something, some enlightenment, some knowledge, some inspiration,” said Coppola in an interview with Yahoo. “I don’t know that anyone gets anything out of seeing the same movie over and over again, Martin was kind when he said it’s not cinema. He didn’t say it’s despicable, which I just say it is.”

Can you empathise with Coppola? Are Marvel’s movies free of enlightenment and inspiration? Do we need to learn something from every movie we watch? And which iconic director do you think will be next to slam the MCU? Let us know your thoughts in the comments, or on our social channels @flickeringmyth…