Anghus Houvouras on The Joker… 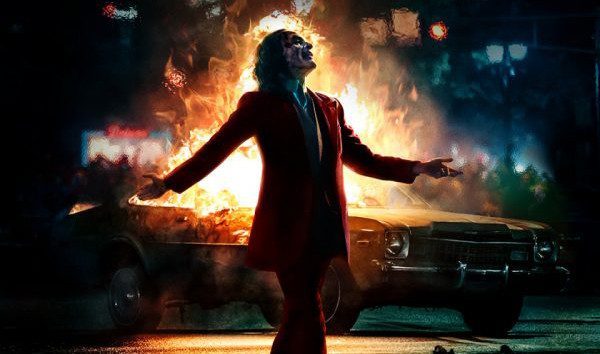 It’s almost impossible to escape the zeitgeist currently surrounding Todd Phillips’ highly-praised, highly-controversial take on The Joker. After near unanimous praise from the Venice Film Festival, the movie has become a target for the polarizing extremes of social media. Questions have been raised about the social responsibility of the time and actual warnings have been issued regarding the potential for violence inspired by this silly little comic book adaptation.

The Joker is a classic character that has endured for decades as one of the most recognizable villains ever to leap from the pages of comic books. His portrayals in television and film have help craft some of the most iconic villainous performances. Whether we’re talking about Jack Nicholson, the voice of Mark Hamill or Heath Ledger… The Joker is a character that actors have enjoyed sinking their chops into. Clearly Heath Ledger is the high bar with his Oscar winning portrayal of the mad clown. The Dark Knight delivered a more cerebral cinematic take on the character. One who questioned our society, the rules which we live by and the thin line that divides a hero and a villain. 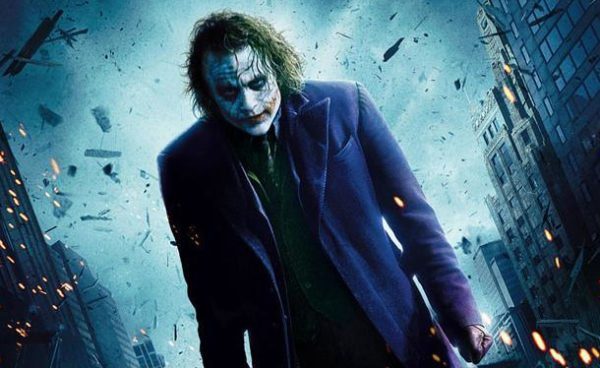 Over the years the Jokers’ popularity has continued to grow as has the fandom around his malevolent sidekick Harley Quinn. Their fictional antics have delighted fans of comics and films and achieved a level of pop-culture significance rarely achieved by fictional characters. Even in this new golden age of comic book cinema, the Joker remains the most popular villain to emerge from the medium.

Personally, I’ve always found the rabid fanbase that surrounds The Joker and Harley Quinn to be a little unsettling. It’s easy to see why these characters have become so popular. And finding these characters fascinating is understandable. The internet consistently reveals that there are people out there who have taken the basic tenants of fandom a little too far. Those socially askew individuals who don’t just seem to enjoy the psychotic fictional antics of The Joker, but find some kind of real-world truth from his madness. People who aren’t just entertained by the character but seem to be actively rooting for him. 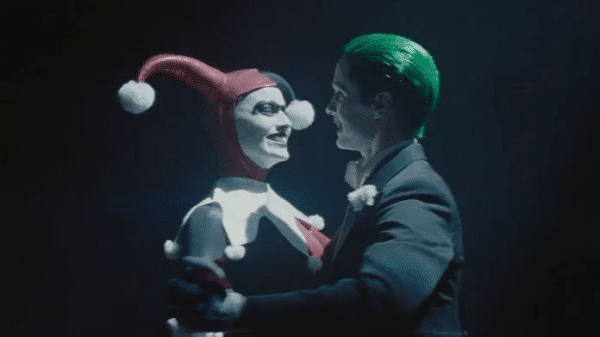 This is when your brain’s logic center attempts to reconcile this particular conundrum. Surely they are just enthusiastic fans who find a palpable level of joy from the fictional antics of a crazy murderer and his lovesick sidekick. Sure, there are those damaged few who might find Joker’s chaotic manifesto a little too reasonable and the occasional nut job who dresses like the Joker to shoot up a movie theater. But most people aren’t actually rooting for the Joker, are they?

It’s a question that is asked more frequently as we inch closer to the release of Todd Phillips’ Joker. A film that has received widespread critical acclaim while becoming a major talking point n our socially conscious culture. People are worried about the message behind Joker and even the potential for violent attacks inspired by the movie. Warnings have been issued. Some theaters have decided to not show the film. Is there a credible reason to be concerned? 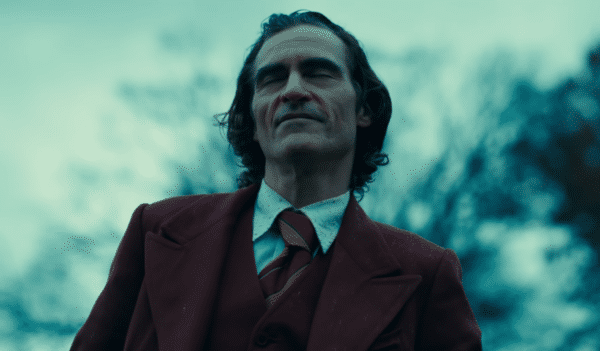 I spent a lot of time thinking about the idea of Joker fanaticism and that thin line that separates enjoying the fictional antics of the character and actually finding real-world truths behind his worldview. This was a topic that has become more salient in the last ten years after the release of Christopher Nolan’s masterpiece, The Dark Knight. Nolan took the character of The Joker, stripped away all the personal connections to Batman, made his origins nebulous and used his antagonist to present audiences with a rumination on the moral spectrum that a hero like Batman exist within.

If we’re looking at The Joker in a strictly cinematic medium, there are three major iterations of the character seen through the spectrum of Tim Burton’s Batman, Christopher Nolan’s The Dark Knight and Todd Phillips’ Joker. Mark Hamill is a great Joker, but most of his small screen antics never attempted to achieve any sort of real-world parallels. The less we talk about Jared Leto’s Joker and the awful, awful Suicide Squad, the better. If we’re going to have a real discussion about the implications of The Joker’s murderous philosophies and their real-world impacts, we’re talking about two movies: The Dark Knight and Joker. While I love Jack Nicholson’s Joker, his portrayal was a straightforward violent thug whose only interests were inflicting pain and getting revenge. 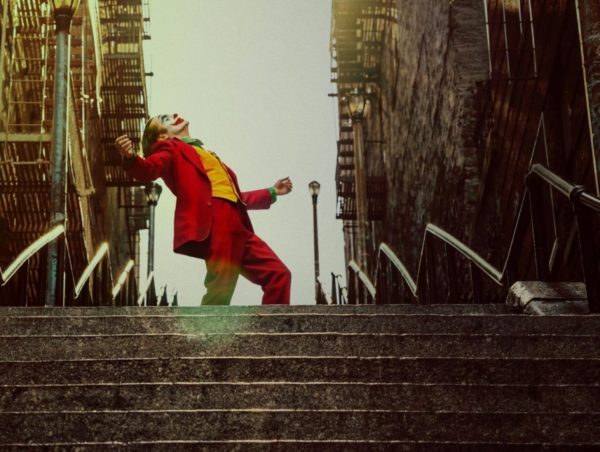 Christopher Nolan gave us the first Joker that fans could identify with. Nolan made it easy to root for The Joker in the Dark Knight, or at least blur the lines so that his ideology could be understood. Nolan’s Joker was an agent of chaos. Someone from a violent background obsessed with the concept of good and evil, obsessed with the heroic icons of Gotham City and pointing out their flaws while reveling in their failures. Audiences are lulled into a relationship with the character who early on is only perpetrating violence against thugs and criminals. He murders a fellow bank robber, then a handful of henchmen working for other crime bosses. The first real act of violence perpetrated against an innocent is when he throws Rachel Dawes out a window in an act of comic book mayhem that feels practically innocuous.

In The Dark Knight, The Joker is positioned early on as a foil not only to Batman, but to the criminal scum of Gotham. It’s clear he has an agenda and is willing to kill for it, but in the first half of the film the bloodless violence he perpetrates is only against those whose hands are already dirty. This is a brilliant move by Nolan to get the audience to lower their guard and make The Joker a far more engaging character to audiences. Midway through the film, The Joker is unleashed. He leads a murderous rampage trying to chase down the armed convoy carrying Harvey Dent. Once again the violence is broad and bloodless. Big explosions masking multiple murders keeping the focus on the ideology behind what the Joker is truly after. 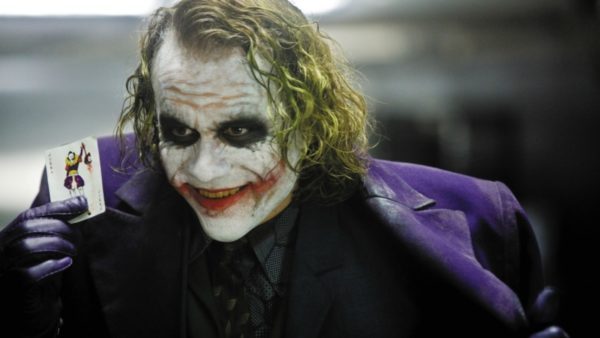 And then we get the interrogation scene between Joker and Batman where he lays out what he’s really after and see the man behind the makeup. Where he outlines his philosophy and how weak he perceives the bonds that hold society together. From here on out, we see just how evil Nolan’s Joker can be. The deaths become more grotesque, though still fleeting. The way he surgically implants a bomb into a mentally ill henchman, though once again we only see the punchline of this sick joke. The film takes a sharp left turn for a while to tell us the tragic tale of Harvey Dent. Eventually we get to The Joker’s master plan where he believes two boats of so-called civilized people will be willing to sacrifice the other to save themselves. When they don’t, The Joker is flummoxed. Even though the game is rigged to an outcome he has determined, humanity deciding not to ‘eat’ one another has made all his musings seem like mad ramblings.

As an audience, this is when we should all be having a laugh at The Joker. Ultimately, the joke is on him. His mad world view is rebuked by the people of Gotham and (hopefully) the audience. There are elements of The Joker’s perspective that can be appreciated. The fact that humanity puts too much faith in the idea of saviors. That everyone is capable of being corrupted. But in the end, the people of Gotham prove that for all his bluster, The Joker is just a deranged killer looking to justify his actions with high-minded ideals. 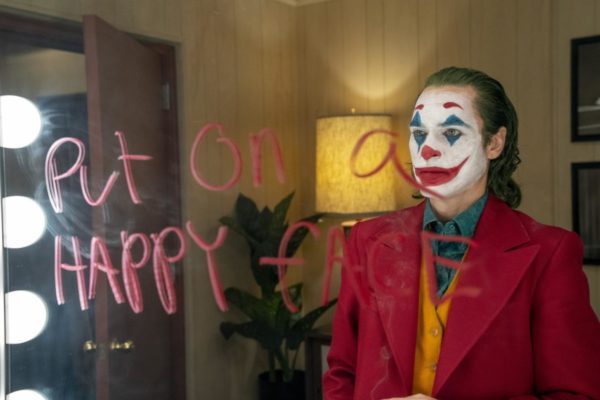 Todd Phillips’ Joker is something else entirely. Maybe even the antithesis of Heath Ledger’s Joker. Arthur Fleck is a mentally ill man who just wants to be appreciated. The kind of sad loner that is often used as an anti-hero in urban stories about an uncaring world. He wants to be loved by the world. His goals aren’t high-minded mad philosophies but the most basic broken dreams of someone just looking to be appreciated. The violence he perpetrates and the chaos he creates is all in direct service to own fragile ego. Identity mattered little to Nolan’s Joker. In fact, he kept it intentionally vague because what he wanted to prove was more important than who he actually was. Phillips’ Joker is all about identity and seeping Arthur Fleck in a gutter of misery to try to justify his journey.

Todd Phillips’ Joker is an interesting cinematic proposition, because the film feels like a Trojan Horse about the very mentally fragile fandom that these controversies are currently swirling. Arthur Fleck could very easily be the kind of socially awkward ‘incel’ that idolizes a character like the Joker. Someone who could easily latch onto ideas of condemning an uncaring world and fighting for your moment in the spotlight. The same kind of logic could apply to those deranged individuals who take up arms and brutally murder their fellow man. 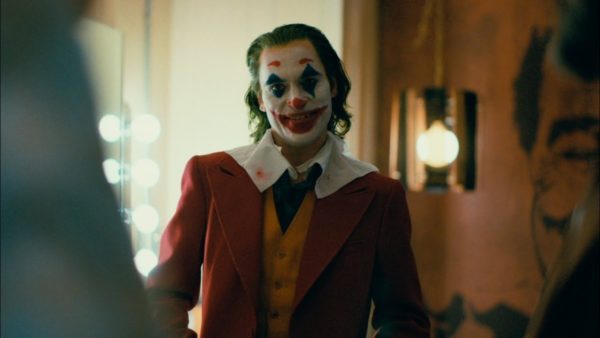 I realize the vast majority of the civilized world will see the Joker as nothing more than a piece of compelling entertainment. But perhaps we should be a little concerned about those out there who root for the Joker and what he represents. Especially in this most recent version where the murderous main character is molded in the image of an unsettling subset of society who might see the movie more as inspiration than entertainment.

In some ways, Todd Phillips’ Joker feels like a test for society. Like that aforementioned moment at the end of The Dark Knight where humanity was given the opportunity to put their finger on the trigger and act on their most base instincts. It would be nice if a movie like Joker could be just that; a movie, and not some kind of litmus test regarding the uncontrollable influence of art on an impressionable public.

Here’s hoping that our society proves to be as sane as the citizens of Gotham in Nolan’s masterpiece.