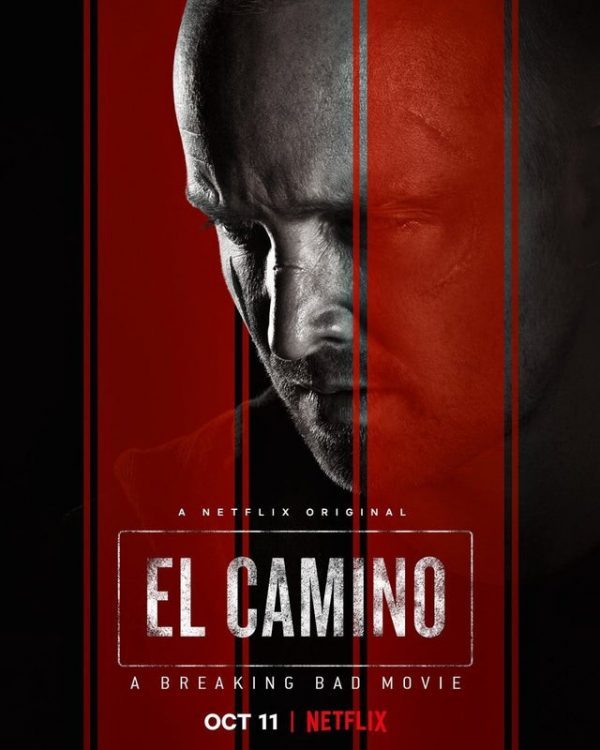 Picking up after the events of Breaking Bad, Jesse Pinkman is on the run. 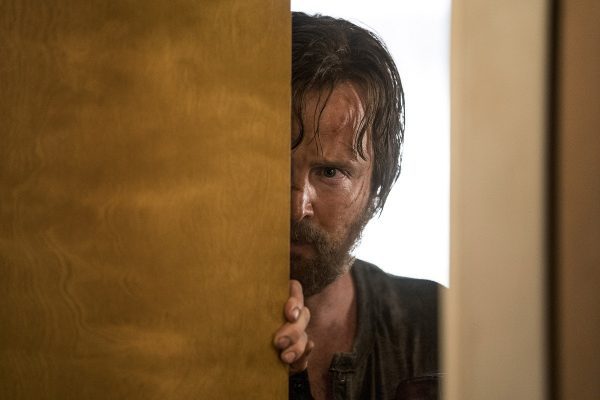 How do you follow up Breaking Bad, a show that is consistently named as one of the best (if not the best) TV dramas of all time? Well, technically Vince Gilligan already did that with prequel series Better Call Saul – a show which, against all odds, managed to match BB in terms of quality. But even so, there was good reason for trepidation when Gilligan announced he was doing a Netflix movie that took place after the events of Breaking Bad – a finale that is also routinely hailed as one of the best ever. I was one of those people who simply said #InGilliganWeTrust, and waited with baited breath to see if the follow-up would be as good as we dared not hope…

El Camino starts with Jesse Pinkman (Aaron Paul) exactly where we left him at the end of Breaking Bad, on the run from the law in the titular vehicle having escaped the white supremacist gang that held him in captivity and forced him to cook meth for them. He seeks refuge with his old friends Badger (Matt Jones) and Skinny Pete (Charles Baker) while he tries to find a way to start a new life for himself, which involves revisiting old faces and confronting painful memories. Right from the start, this feels like a classic Breaking Bad episode – apart from having a wider aspect ratio, the look, the style and the tone of the show has been recaptured superbly, which is as much credit to the cinematographer and editor (Bad and Saul regulars Marshall Adams and Skip Macdonald) as Gilligan. Paul likewise slips back into the role of Jesse effortlessly, a man tortured by guilt trying desperately to survive whilst also, if possible, doing the right thing. All the returning cast members slip back into their (brief) roles with ease too, most of them in flashbacks that illustrate the experiences and relationships that shaped Jesse’s character and motivated his decisions over the course of the series. The most significant reappearance is sociopath Todd (Jesse Plemons), who gets a whole flashback subplot involving getting rid of his dead housekeeper’s body – a welcome reminder that he was arguably the show’s most terrifying villain.

When most TV shows return after a long gap, they’re usually guilty of either re-hashing old ideas or just plain forgetting what made the show so great in the first place (for example, Arrested Development’s Netflix revival), but not so here. The talents of everyone involved have in no way faded since Breaking Bad ended, and they know how to employ the show’s trademarks without it coming off as lazy of unoriginal. Remember all those brilliantly inventive montages? There’s a great one here of Jesse tearing apart an apartment, searching for hidden cash. Those moments of jet black humour during otherwise tense sequences? There’s a drug bust that keeps getting interrupted by a busybody neighbour. And it’s a testament to Gilligan’s skills as a writer and director that he can squeeze as much tension from a scene of Jesse hiding from a guy watering plants as a scene of him facing off a room full of armed criminals. 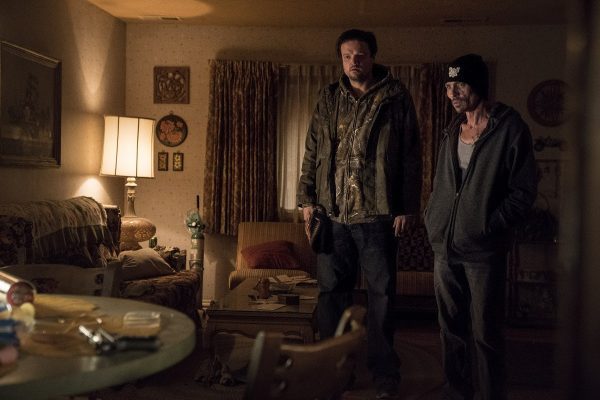 This is Jesse’s story – it’s him trying to put right what he can (despite Mike Erhmantraut’s assurance that that’s impossible) whilst trying to break free of the wreckage of his past. Aaron Paul is outstanding, and this story showcases all the aspects of his character that made him so captivating – his humanity (telling his parents not to blame themselves for how he turned out), his resourcefulness (entering a gunfight with a hidden advantage) and also his naivety (being wrong twice about matters relating to the police). The last shot of him in Breaking Bad showed him speeding away, laughing with almost hysterical relief, but by the time he reaches the end of his path in El Camino (fun fact, ‘Camino’ is Spanish for ‘path’) he’s driving calmly, and the look on his face is of a scarred man finally at peace.

I’m sure more eagle-eyed viewers than myself will notice more Breaking Bad call-backs than I did, but thankfully this film doesn’t reply on you having encyclopedic knowledge of the show (and Netflix rather helpfully provides a short recap video to catch you up on important details). In my opinion, El Camino doesn’t actually have any flaws, only the odd choice or detail which you could debate was unnecessary – the only one I can think of is the appearance of the most fan-pleasing returning character, which, whilst fun, I found to be the least impactful and relevant. 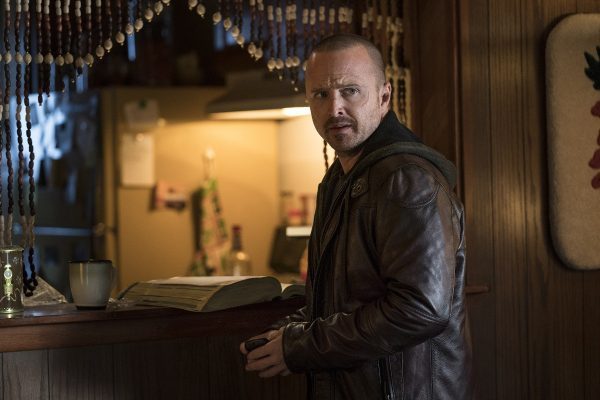 Was it absolutely essential to make this movie? As in, was it a story that desperately needed to be told – you could argue it probably didn’t. But does it ruin or in any way detract from Breaking Bad’s pitch-perfect final episode? Absolutely not. If ‘Felina’ was Walter White’s ending, this is Jesse Pinkman’s, and it’s a pleasure taking one last trip with him.