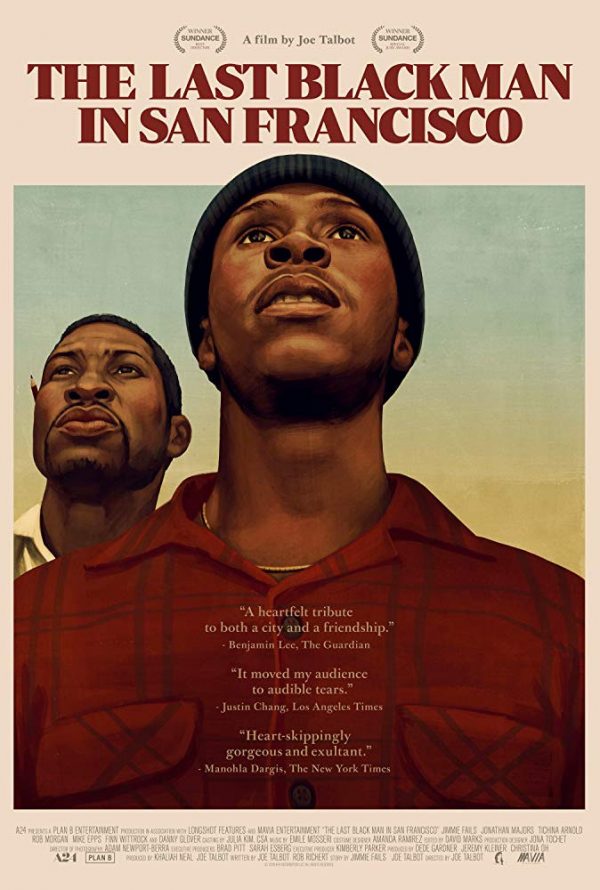 Against a backdrop of gentrification, poverty, and an environmental crisis, Jimmie (Jimmie Fails) fights to maintain his legacy, and find his place in the increasingly harsh, ever-changing landscape of his home. 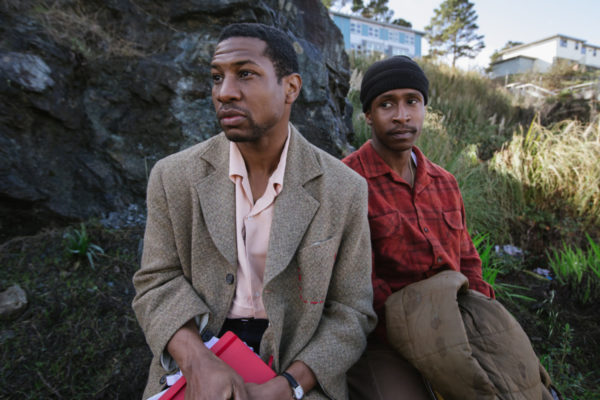 The beauty of cinema can often be found in the way it has the ability to transport you to a place. To ground you. To make you feel the weight of a location. Few films have achieved it in the way that Joe Talbot does with his stunning debut feature, The Last Black Man in San Francisco. A poetic piece of filmmaking, with shots framed like the most detailed dioramas, all orchestrated by Emile Mosseri’s triumphant score.

Right from the first few frames, where a young girl skips along the pavement sucking on a lollipop, the camera tracking her innocent journey against a backdrop of hazmat suit wearing waste collectors, you know this is going to be a film with a singular vision. A viewfinder where not an inch of the screen is going to be wasted in telling the story of two friends trying to stake their claim in The Golden City. Sunlight flickers through buildings, concrete endlessly rolls with Jimmie’s skateboard, and the poisoned coastline is hidden by a Kodak veneer. In accentuating the beauty of their environment, you get why it’s so unattainable to these young black men, but also how they can’t let go of something they feel so emotionally tied to.

Among other things, the story is about finding your place, with Jimmie being a daydreamer who gets enveloped by his own fictional life, and Montgomery (Jonathan Majors) the playwright, who spends his time drifting off into his observations and creations, but probably has a greater grasp on reality than his more socially integrated best friend. We spend the movie navigating the city with these two men and their disparate cast of connections, all of whom they’re usually tied to by sadness. Jimmie’s father peddles counterfeit DVDs, while his mother has become little more than a stranger on the bus, and their friends, who are the product of shared juvenile housing schemes, appear bolshy at first, but are soon lost to long lingering stares into the void. Everyone feels lost. It seems like a reflection of a world in which so many people are displaced, with only Jimmie certain he knows where to look, but it could be for something that no longer exists.

The cast are uniformly excellent, even if they do play second-fiddle to the character of the filmmaking process. Fails and Majors portray a quietly strong male friendship, amidst emotionally and geographically fractured families, that’s all born from a connection that doesn’t require an explanation.

Only faltering when it attempts to pull some threads together during the protracted final act, before sensibly casting them off into a stormy bay of ambiguity, that reflects the despair of the loss of identity at the heart of Talbot’s story, The Last Black Man in San Francisco is an elegiac mood piece, and love-letter to every place we call home.