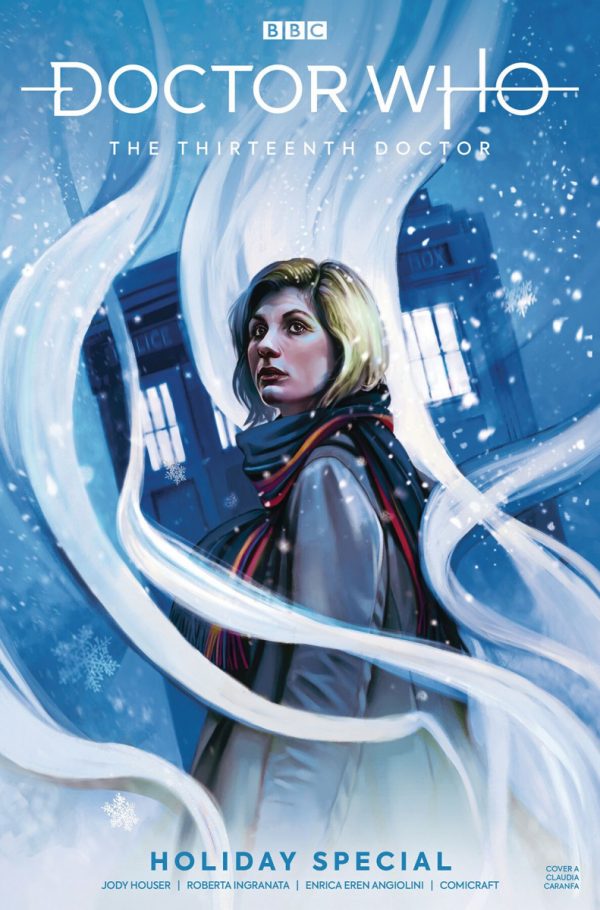 With the Seasonal Period rapidly approaching for the human travellers aboard the TARDIS, Graham and Ryan are hoping to head home for Christmas Dinner.  However, our rather excited Time Lord stuck firmly into a general Holiday Spirit she tries to steer them away from the rather linear way of holiday planning to which Ryan, rather excitedly, hopes for a Disney Planet and it’s at this moment each of our Time Travellers suddenly realise they’ve been given memories of a Nightmare Fairground that nobody remembers earning, not even the TARDIS itself.

With only a faint memory of the stars located in the night sky of this Nightmare Fairground, the Doctor manages to find the planet where the false memories may have originated from.  Here however, they discover that they initially left this world to confront a mysterious Mr. Henderson and his treatment of the planet’s inhabitants.  Again they have no knowledge whatsoever of this unfolding adventure.

Forearmed with more information regarding Mr. Henderson, the Travellers set out across the Galaxy to confront him, only to arrive at what looks like the North Pole and to come up against Mr Henderson, who looks suspiciously like Santa Claus.  Though that name won’t win you any favours here, as Santa may not be as jolly as we all thought.

Thank goodness for Titan Comics, Jody Houser, Roberta Ingranata and all involved!  Honestly, I was under the belief that this year I was going to be without a slice of Christmas Doctor Who.  I know last year’s TV Special was technically on New Year’s Day, but in my heart it was still a Christmas “Season” Edition.  This fear of no Christmas Who can be safely put to bed, as with this opening part of the two-part, Houser and Ingranata have made sure none of us are missing out.

Everything is here!  An unfolding mystery spread across a cluster of planets, a faux-North Pole, lots of snow, a christmas-like town of troubled townsfolk, Alien-Elves and a ‘Not’-Santa.  If we had a Doctor Who checkbox not only would there be ticks down the page, but quite frankly I’d also be placing a goldstar at the bottom of the list too.  This is a Doctor Who Christmas story!

What’s even more fantastic is due to Ingranata’s art, along with Housers words, this story comes to life so well that I can clearly hear the voices of all the TARDIS travellers perfectly in my head.  This Holiday Special is really rather brilliant and there’s still another part to go.

SEE ALSO: Check out the preview of Doctor Who: The Thirteenth Holiday Special here

For those, like myself, that feels rather let down that their Christmas Day tradition won’t be happening again this year I’d wholeheartedly recommend picking this Doctor Who: The Thirteenth Doctor Holiday Special up today.