Red Stewart chats with Carolina Costa about several of her projects….

Carolina Costa is a Brazilian cinematographer who has been working in the international film and television industries since the late-2000s. She is best known for her work on projects like The Chosen Ones, Suspiria, and Crystal Swan. Her latest films, which premiered at several international film festivals, include the dramas Hala and Workforce, as well as the documentary Babenco: Tell Me When I Die.

Flickering Myth had the chance to speak with her, and I in turn had the honor to conduct it: 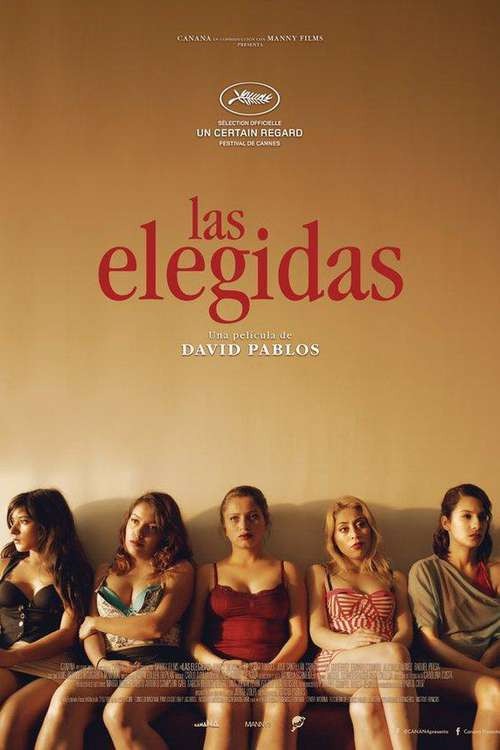 Ms. Costa, thank you for taking the time to speak with me ma’am.

Absolutely. Thank you for your time and questions.

I’m always interested in the progression of one’s career. And with you, you started off doing a lot of short movies before having a feature film debut with The Chosen Ones in 2015. Was this a case of wanting to build up a reputation and your own specific style, or did you feel that you had to work with short movies first before you were ready to hit a bigger feature project? What would you recommend aspiring cinematographers do when pursuing their own career path?

Well, it’s a bit of both, really. First you have to learn to be able to do this job, and the only way to learn the job, is by actually doing it. Short films are a great way to learn your way of storytelling and how to manage a crew. You use those experiences to sharpen your tools (all of them) so that when your first feature comes along, you are ready. I don’t think you can get a first feature without showcasing your work before. I think I build my reputation not with a particular style, but with my work ethic and my passion for stories. It was actually a short film (Contrapelo) that got me my first feature (The Chosen Ones).

I noticed you have your own website. This is something that I’ve seen a lot of composers do, but not so much other crew members. What was the reasoning behind the set-up of the site?

I think it’s pretty common for cinematographers, actually. I first did it because I worked a lot internationally, so it was an easy way to send something to someone across the world.

Do you feel that directors unfairly get credit for a cinematographer’s work? Because I read The Hollywood Reporter’s blurb on the cinematography of the movie, and they talked primarily about the director, Ms. Baig, over you. And it’s happened historically with Stanley Kubrick and Orson Welles being credited for the look of their films (over John Alcott and Gregg Toland respectively).

Well, I don’t agree with that statement. Everything in a movie IS the director, in my opinion. So when I read a review that talks about camera work but only mentions the director, that doesn’t surprise me or bother me to be honest. I feel lucky to collaborate with the directors that I do, and honestly, there are so many elements that cinematographers take credit for… costume and art for example. I feel my work is a result of many collaborations. 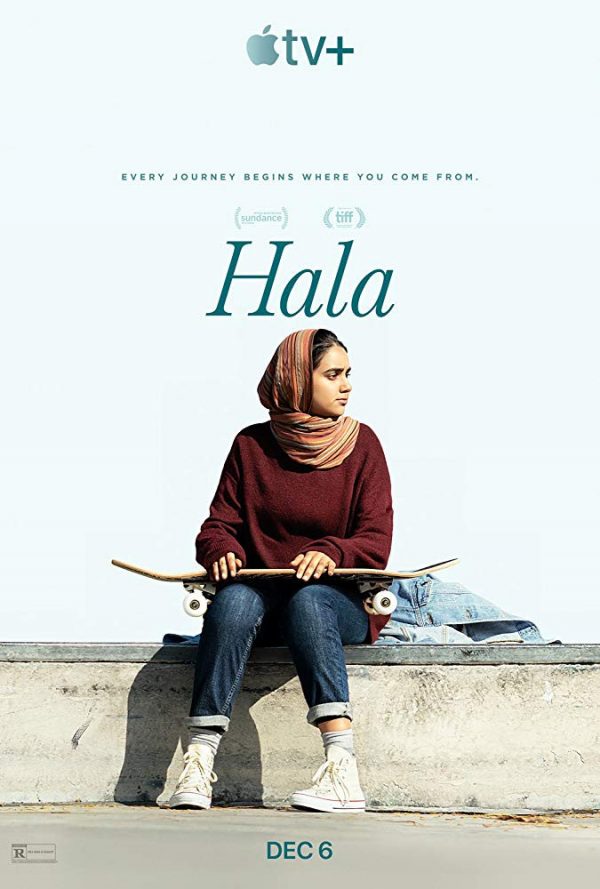 Let’s talk about Hala, this is the feature film that put us in touch with each other. There’s not too much information about it since it’s still in that post-festival hiatus, but I understand it tells a story about a Muslim teenage girl dealing with the breaking apart of her family. Now you’ve spent a lot of your early career in the Latino cinema industry- how does telling a different cultural story change your approach to your craft? Did you find any similarities between Hala’s themes and aspects you grew up with and/or dealt with in your previous projects?

I have been telling stories that are Latino and related, but it’s not entirely true. After The Chosen Ones I shot Flower, which is about a white girl in LA trying to find her way in life. I also shot Crystal Swan about a woman in soviet Belarus that wants to leave the country. I feel people tend to come to me with movies that have immigration stories or Latino stories, which I’m grateful for. I also am connected with characters that have different cultural backgrounds, beliefs, etc. Hala was the first time I saw a character like that at the center of a script. I wanted to be part of the group of people that were bringing this unheard voice to the big screen. That being said, I always have to find my own personal connection with the people whose stories I’m portraying. I need to put myself in their shoes. With Hala, it was about her relationship with her mother. It felt so human that sometimes we are their kids and sometimes we have to be their parents. It reminded me so much of my relationship with my own mother.

Based on the post-Sundance reviews reviews I’ve read, Hala, while having many quiet moments, seems to be a dialogue-driven movie. Because cinematography is about visual storytelling, what effect does this have on you? What techniques are you able to employ to help drive home the emotional impact of someone’s conversation or monologue?

I try to be truthful to the story I’m telling. So every movie is different. For Hala we used framing and editing to always convey her point of view in the situation. We accomplished that through the focal lengths we used and the distance from the camera. When we framed her alone or with another person, that also conveyed those ideas. I don’t believe in just ‘coverage,’ so every scene whether it’s silent or a four-page dialogue, should be treated the same. 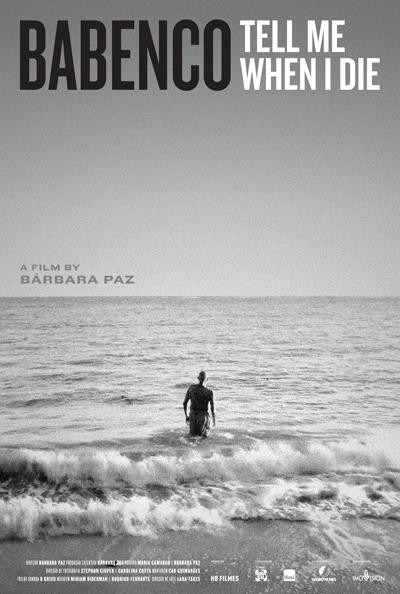 In addition to Hala, you had two other movies premiere at top festivals, Workforce at TIFF and Babenco: Tell Me When I Die at the Venice Film Festival. I’ll ask something of a philosophical question here- when you’re creating movies, the focus is on bringing the filmmakers’ visions to life. Yet, all that work doesn’t matter if you’re not recognized for it. So I’m wondering which imparts a greater feeling of success for you as an artist- seeing the final edit of a film come together that you’ve spent months on, or having it premiere at one of these festivals and observing the (hopefully positive) response?

Sure, it’s nice to see the films you shot at big festivals, it’s also nice to get a good review. I would be lying if I said the opposite. But that is definitely not how I would measure success. You are only as good as your next job. If people are calling and recommending me and I can carry on shooting movies – that for me is success.

Both are very different projects- Workforce being a narrative piece and Babenco a documentary. What was your thought process when it came to picking these two? Did you want variety or was it a case of their content having a personal appeal to you?

Both films came in such different times of my life, it just happened that they came out at the same time. In general yes, I will choose a project based on the content. First is always story and characters and second is the director. That collaboration is so important and unique; I need to know I can be a support to that person. Recently, I have been trying to get out of my comfort zone and try different things. This year I shot a horror film and right now I’m shooting a period piece. Next year I’m trying to direct and shoot a sci-fi movie that I have been writing for years.

Reading over the synopsis and watching the trailer for Workforce, I have to admit that it instantly drew me in because of how relatable it is- this idea that workers are essentially commodities by businesses and that sweat equity can mean nothing in the grand scheme of profit. In THR’s review of Workforce, they noted that you were able to compose shots that played to this idea- the beginning showing how the man who dies is ultimately just a “blip” on the company’s radar by briefly appearing in the frame. But I have to ask- how much of a balancing act is there between showcasing the objective realities of the world versus the subjective experiences of individuals?

For example, you have that opening wherein a seemingly insignificant employee passes away, but you’re also going to presumably have shots that depict this man’s importance to his inner circle of colleagues and family. Where is the line between that former logos (logically it makes sense that a corporation would treat him as nothing special amongst a sea of workers) and that latter pathos (emotionally, he was a friend and husband)?

That is an interesting question. For Workforce, it was very important that it didn’t feel like the camera was a judgmental perspective. Most scenes are depicted in a single static shot. Inside that shot we tried to construct all the layers, not only the actions and body language, but a complex play of the differences we have in our society. In that way, the script and the camera worked hand in hand. The man who dies at the beginning meant nothing in the system, so that is how he was portrayed. But then we understand that the movie is about his brother. The one that is trying to change the system. For our hero, yes, we totally entered the subjective experience. I studied who Che was photographed and how he was at the center and how people reacted around him, because that is who Francisco is for me. I needed the audience to see not just the system, but what society was doing with his life. Eventually he becomes the anti-hero, and we needed to take the audience there. I believe we are creatures of our society, inevitably.

Last question- what do you make of streaming services becoming major film distributors? Hala was picked up by Apple and is premiering November 22, and 10 years ago I don’t believe anyone would’ve thought a consumer electronics company would get into the film medium.

Right, it’s not something we thought about 10 years ago… I think there’s room for everything. Folks still go to the theaters, because it’s a different experience. It’s nice that everyone with a TV or computer can see a movie you made, no matter where they are, and these developments have also created so many jobs in this industry, it’s crazy.

Thank you again for taking the time to talk with me!

Flickering Myth would like to thank Ms. Costa for chatting with us. Hala will be available on Apple TV+ November 22nd.

Special thanks to Stephanie Pfingsten of Impact 24 PR for making this interview possible!