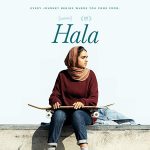 Red Stewart chats with Carolina Costa about several of her projects…. Carolina Costa is a Brazilian cinematographer who has been working in the international film and television industries since the late-2000s. She is best known for her work on projects like The Chosen Ones, Suspiria, and Crystal Swan. Her latest films, which premiered at several international […]