Gtarcade’s hit team hunting title Rangers of Oblivion sees three new behemoths arrive in the lands of Malheim.  Each of these three beasts are formidable but within their shiny carapaces there are unimaginable rewards. 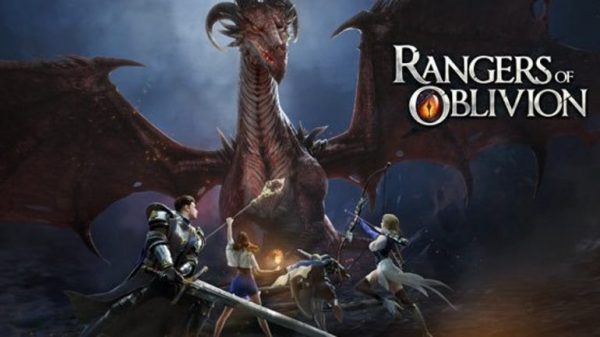 Each of these three new behemoths are fearsome apex creatures, the Oblivion Knight and Defiled Abomination are truly challenging beasts even for the most experienced Rangers, however, of the three beasts the Tyrannus is unequalled.  This dragon like beast dominates the Promised Plains with its immense size and strength, and uses devastating shockwaves that rattle through the scattered civilisations of Malheim.

The Tyrannus is an extremely bad tempered creature and will attack immediately on sight so Rangers will need to think carefully about the tactics needed to bring such a beast down but there are some pretty big benefits to gain if they can be defeated.  The beast’s carapace and back-spikes make superb materials for creating the highest quality armour while its Thunder Spirit can be used as part of a devastating lightning weapon.

This Thanksgiving in Rangers of Oblivion the people of Malheim are holding a celebration to reward the Rangers for their outstanding contribution to the people.  During the event Rangers can gain points by accomplishing daily tasks.  Once the tally has been reached players can claim the Thanksgiving Pack which can contain limited edition costumes, harnesses and an abundance of valuable resources.

So Rangers, what are you waiting for?  Get cracking and kill some behemoths.