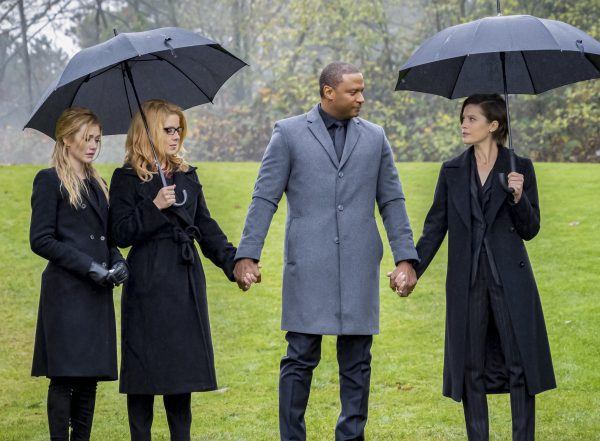 Following on from the official promotional images for Arrow’s finale, The CW has now unveiled a promo for the climactic episode of the Arrowverse-launching show, entitled ‘Fadeout’, which sees the friends and colleagues of Oliver Queen paying tribute to the Green Arrow. Watch it here…

STEPHEN AMELL SIGNS OFF AS THE GREEN ARROW; EMILY BETT RICKARDS RETURNS FOR THE SERIES FINALE OF “ARROW” — After eight seasons, and the launch of countless superheroes, the series wraps up the story of the Green Arrow (Stephen Amell).