Well, it seems we have more causalities from Marvel Television’s shift to the Marvel Studios umbrella, as THR is reporting that the newly-renamed Marvel TV Studios has scrapped its plans for the animated comedy series Howard the Duck and Tigra & Dazzler Show. 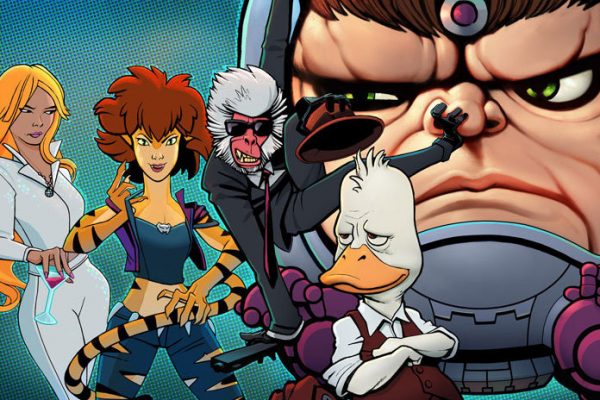 The two shows were set up at Hulu alongside M.O.D.O.K. and Hit-Monkey, both of which are still moving ahead (for now, anyway), and would have led to a Defenders-style four-way crossover entitled The Offenders, which also seems to be dead in the water now.

The cancellation of Tigra & Dazzler in particular doesn’t come as much of a suprise, given that its entire creative team was let go back in December and the project put on hiatus. The two shows now join Marvel Television’s planned Ghost Rider series on the scrap heap, although the live-action Helstrom is still moving forward at Hulu, while ABC has a final season of Agents of S.H.I.E.L.D. to air this year.

With all of Marvel’s TV content now under the control of Marvel Studios boss Kevin Feige, we will soon be seeing a shift to Disney+ with a slate of MCU programming that includes The Falcon and the Winter Soldier, WandaVision, Loki, What If…?, Hawkeye, She-Hulk, Moon Knight and Ms. Marvel. It’s been said however that Marvel TV Studios’ output won’t be exclusive to the streaming service, and ABC is reportedly in early talks about a new show.

Are you disappointed that Howard the Duck and Tigra & Dazzler aren’t moving ahead? Let us know in the comments or on our social channels @FlickeringMyth…