Boom! Studios has announced that the TMNT will be morphin’ into Power Rangers in the penultimate issue of the publisher’s current crossover comic book series Mighty Morphin Power Rangers/Teenage Mutant Ninja Turtles. 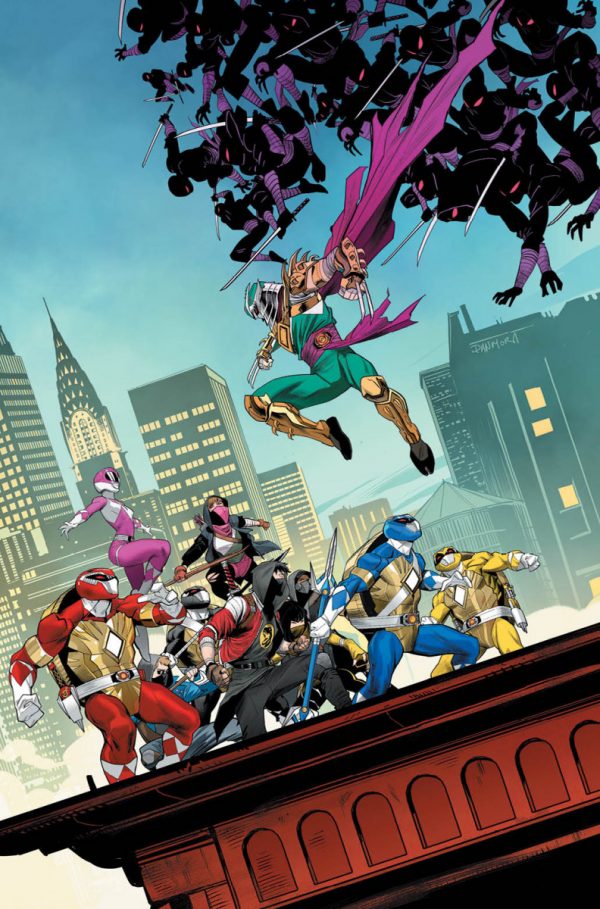 It’s the Teenage Mutant Ninja Turtles and the Mighty Morphin Power Rangers as you’ve never seen them before vs Green Ranger Shredder! Will both teams be enough to stop the head of the Foot Clan as he wields the awesome power of the Dragon Shield and the Morphin Grid for evil? And what’s Rita Repulsa up to as the mighty battle rages on?

Here’s a look at the designs from artist Simone di Meo featuring the Power Rangers versions of the Heroes in a Half-Shell – with Donatello as the Black Ranger, Raphael as the Red Ranger, Michelangelo as the Yellow Ranger, Leonardo as the Blue Ranger, and April O’Neil as the Pink Ranger – as well as Zack, Kimberly, Jason, Trini, and Billy as the Ninja Rangers: 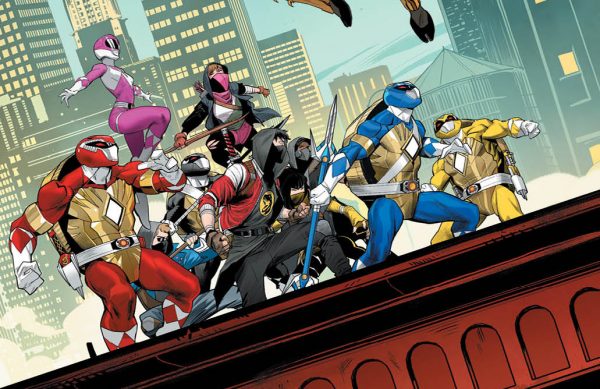 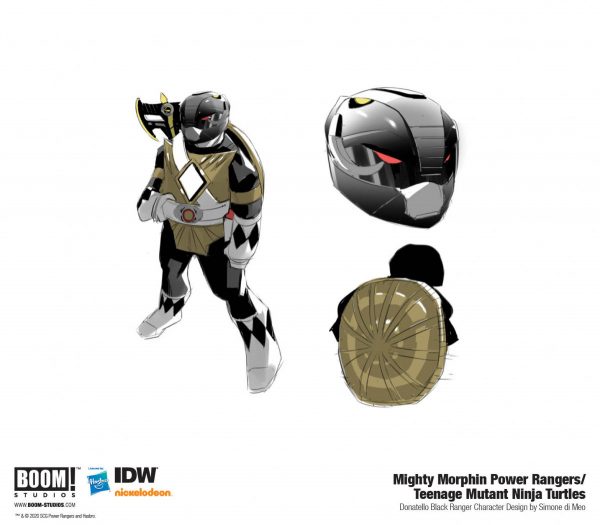 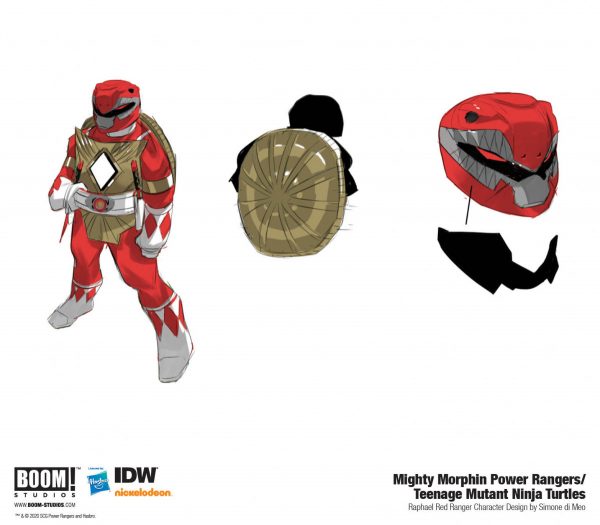 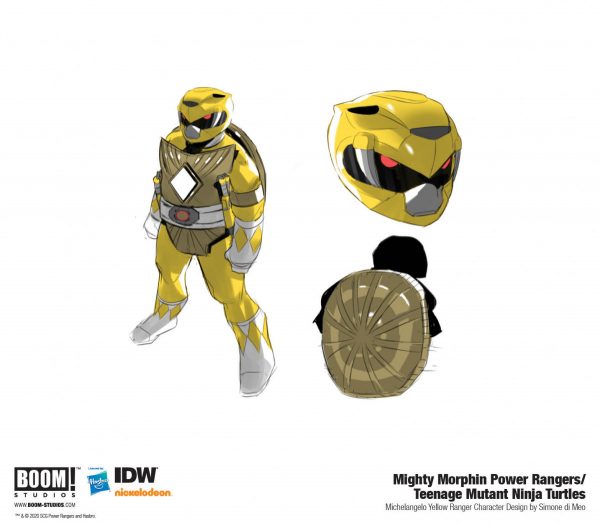 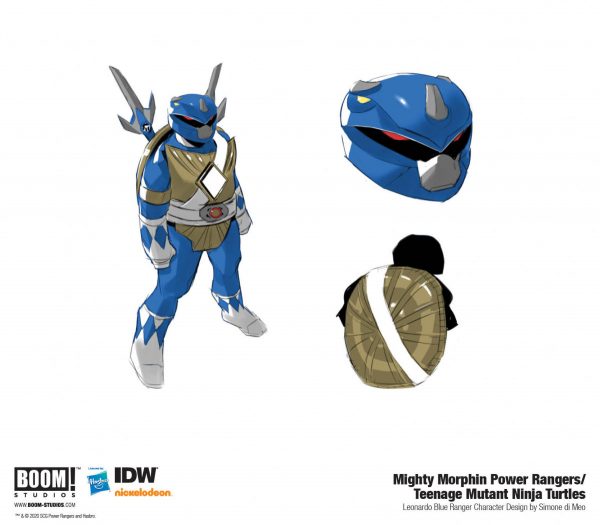 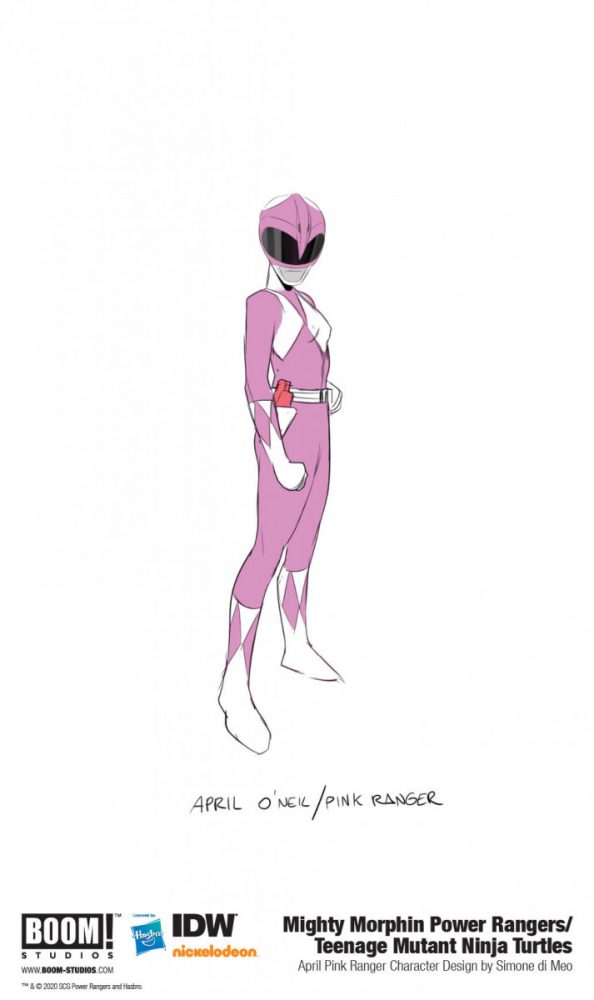 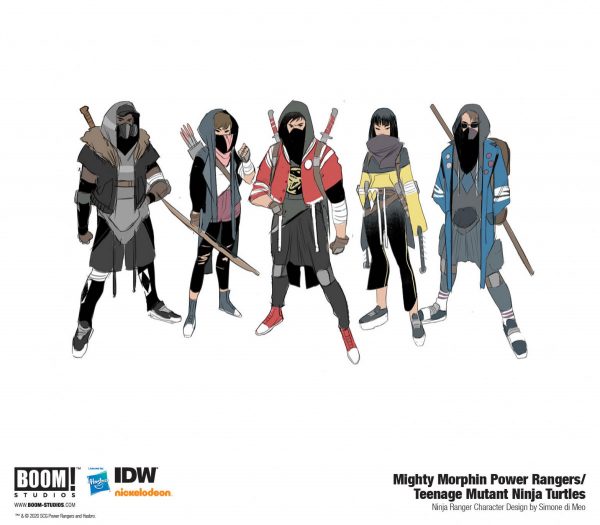