Director Ron Howard, who took over the helm of Solo: A Star Wars Story after Phil Lord and Chris Miller were let go by Lucasfilm, has expressed how proud he is of his daughter, Bryce Dallas Howard, for her work on The Mandalorian’s fourth episode but doubts he will have the time to direct an episode himself. 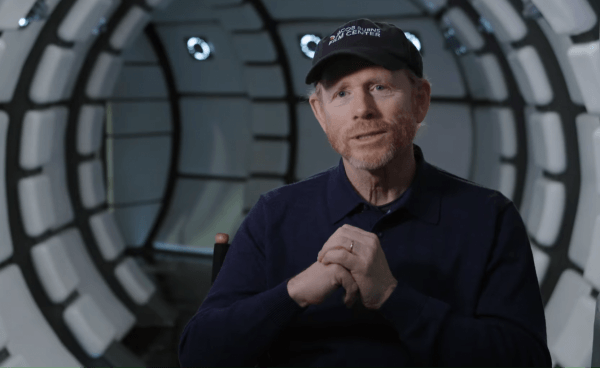 In an interview with Collider, Ron Howard discussed how he thought his daughter did a great job directing Chapter Four: Sanctuary and how she learned so much from Jon Favreau.

“Yes I did get to see it early and I even got throw in a couple of comments, most ignored,” Howard says. “She is my daughter. Why would she listen to anything I say? But I thought she did a great job with the episode and learned so much under the tutelage of Jon Favreau, who’s doing great work on that show and is incredibly passionate about it, and the show’s a big success so Bryce is thrilled about that.”

However, Howard continued by revealing that he thinks he is too busy to follow in his daughter’s footsteps and direct an episode of The Mandalorian himself.

“Even the Solo situation, as much as I do love Star Wars and all things galaxy, Imagine is so dynamic and there’s so much going on with Imagine Entertainment and so many creative opportunities that I don’t really have the time, as much fun as it would be, to do something like that,” he says.

Would you like to see Ron Howard direct an episode of The Mandalorian? Are you looking forward to season two? Let us know in the comments below or tweet us @flickeringmyth…