Dotemu along with co-developers Lizardcube and Guard Crush have revealed that their revival of one of videogaming’s most iconic titles, Streets of Rage 4, will support two-player online and up to four-player offline co-op when it releases later this spring on PC and consoles.  Also announced is an addition to the character roster with an all-new playable character. A new trailer can be seen below showcasing this brand-new character. 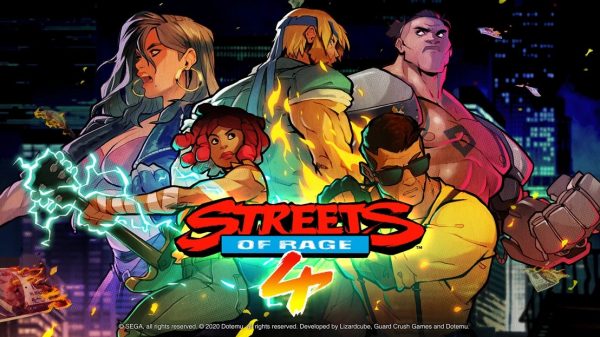 Streets of Rage 4 see the return of Axel, Blaze and Adam after more than 25 years.  As with its predecessors, Streets of Rage 4 will see players fight through gritty, neon-streaked urban environments, kicking ass every step of the way.  As well as the existing playable characters, this sequel will feature a brand-new character called Floyd who is able to dish out damage left, right and centre thanks to his strong cybernetic arms courtesy of Streets of Rage 3’s playable cyborg, Dr. Zan.  Floyd’s cybernetic arms grant players with the longest reach and great power but at the cost of slower movement and recovery.

With the return of classic characters, atmospheric neon-lit streets and cool combat, Streets of Rage 4 will feature a strikingly fluid hand-drawn art style and an excellent soundtrack from an all-star lineup of composers, including Yūzō Koshiro (Streets of Rage 1, 2, & 3, Sonic the Hedgehog) and Motohiro Kawashima (Streets of Rage 2 & 3, Shinobi II).

Streets of Rage 4 makes its appearance on Xbox One, Playstation 4, Nintendo Switch and PC later this spring.