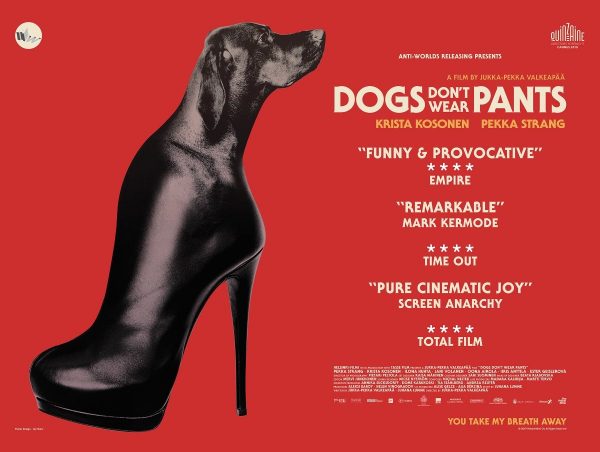 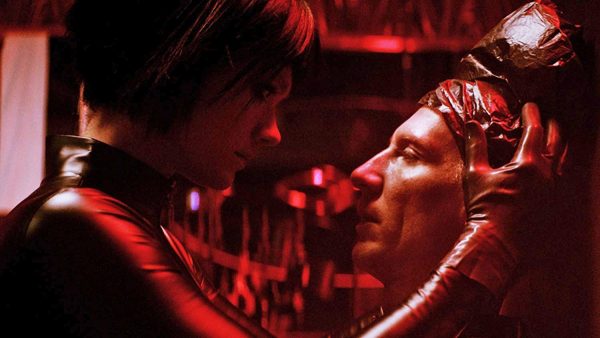 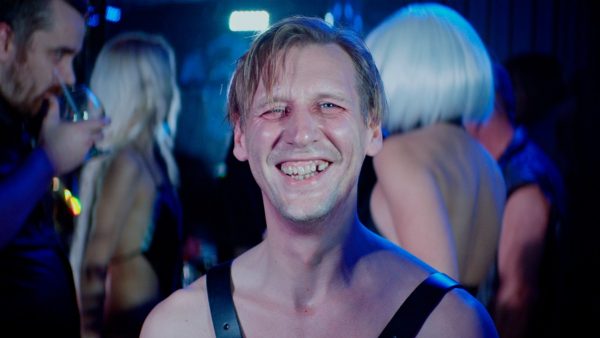 It’s fair to say, given all of that, that Dogs Don’t Wear Pants has an unusual tonal balance to strike. Thankfully, the distinctly Nordic sensibility of director and co-writer Valkeapää is able to weather every abrupt swerve between genres, from jet black comedy through to borderline torture porn in some of the more explicitly violent set pieces. His direction elegantly contrasts the pristine, clinical world of Juha’s day job – he’s a surgeon – and the oppressive crimson glow of Mona’s sex basement. Every element of an hour in Mona’s company is an escape for him, freedom from the life he is somewhat sleepwalking through day to day.

The same is true for Mona, played with layers of pain and complexity by Krista Kosonen. Smartly, the movie depicts her as often in her day job – a tender, gentle physiotherapist – as it does in her skin-tight leather, engaged in acts of graphic urolagnia. That’s not one to Google in the office on your coffee break. The relationship between these two tortured people is transactional, of course, but it’s more profound than that. This bizarre extremity is giving both of them what they need to avert the strains of their life.

There’s a perfect symbiosis here between the excess of the material and the under-played performances. Kosonen does a great deal with widened eyes and furtive looks, while Strang’s deadpan delivery amplifies the dark comedy and allows the audience to feel the emptiness he possesses. Juha is not always a sympathetic character – his obsession leaves his intelligent, effervescent daughter in the lurch far too often – but there’s something about Strang’s performance that imbues the most pathetic of moments with a warmth and, crucially, a humanity that makes the character believable. 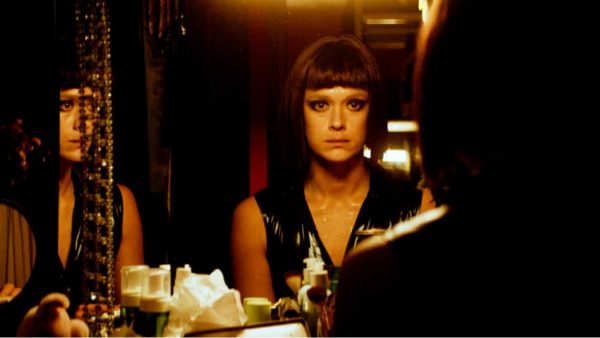 This is a unique tale of obsession, in which the trajectory is from detachment to warmth, rather than the other way around. There are elements of Vertigo in the way Juha attempts to change Mona to fit his fantasy, but she seizes back agency through the power dynamic of their sexual transactions, culminating in a graphic finale that pushes each of their desires to breaking point and beyond. With the help of the strange staccato bursts of Michal Nejtek’s idiosyncratic score, this is a movie about excess that feels perfectly in control of its own passions.

Dogs Don’t Wear Pants is a tough watch that almost dares its audience to turn away from its world of left-field desires and fetishes. For those willing to stay, though, it’s a deliciously devilish deadpan comedy with a surprisingly sweet final note of hope. In a world of darkness and sadness, the red glow of a sex dungeon is no weirder a place to seek comfort than anywhere else.