In the first five minutes of Upload cultural and cinematic references hit double digits. Everything from Knight Rider to Vanilla Sky are touched on whilst this is everything Downsizing could and should have been with an afterlife kink. In spite of the visual invention, cultural call backs and engaging premise Upload never feels conceited. Greg Daniels who streamlined The Office for American audiences, hits a home run here balancing social commentary snippets with solid sight gags and knowing nods to social media obsessions.

Robbie Amell taps into his amiable everyman persona which he perfected on The Flash, while singer song writer Andy Allo plays Nora to his Nathan. Beyond the futuristic setting which pays homage to Black Mirror’s Nosedive and tips a hat to Spielberg’s Minority Report, Upload is still packed with original touches. There are some gloriously puerile sight gags, razor sharp verbal jokes and subtler social commentary scenery snipes that are pure gold. 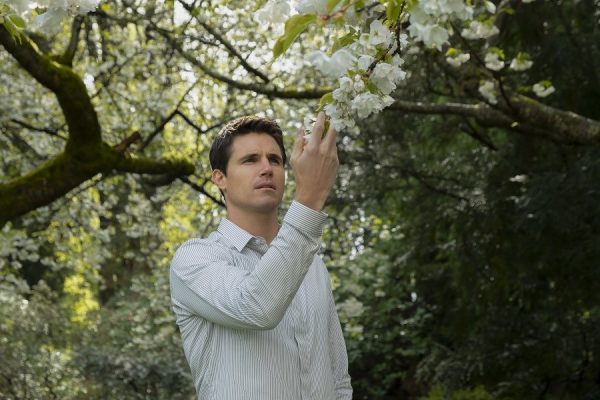 Elsewhere Allegra Edwards fills Ingrid Kannerman with blatant bitchiness and self-servicing conceit delivering the baser punchlines. She may be an amalgam of social media consumerism but also wrong foots by taking that self-interest to new levels of villainy. Empowerment and manipulation may be central to this dramedy, yet there are no overt references or dialogue laced pulpit preaching moments to distract.

Corporate profiteering, political pot shots and our need for universal validation all come under fire in a way which never detracts from the central conceit. There are comparisons with The Truman Show and subtle nods to Spike Jonze’s She, but Upload is much more than the sum of those parts. This is satire in plain sight just as Caroline Aherne’s Royle Family made whole countries watch four people do nothing before the penny dropped again giving us Googlebox. 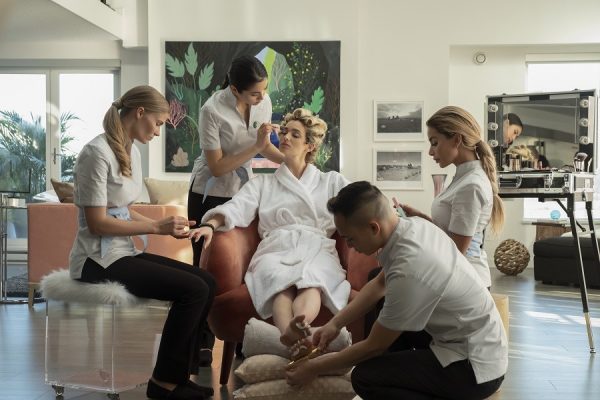 For a show which hones in on our material preoccupations, fear of failure and desire for financial status, Upload also excels in exploring our spiritual sense of identity. Over the course of this series Greg Daniels and his cohorts deftly divide up plot lines and make it obvious this is a series with things to discuss. In opposition to this intellectual undercurrent these showrunners really lean into the Airplane copybook on joke construction. A technique which demands multiple viewings to fully appreciate the amount of material squeezed on screen.

However, beyond those whistles and bells Upload slowly builds on a meet cute rom-com set up, providing substance beyond the imaginative sight gags. It touches on consciousness without being arty, dissects memory without becoming mawkish and shines a light on notions of success whilst giving us perspective. Ricky Gervais may have gotten there first with the literal Afterlife, but Upload manages to balance this universal preoccupation into something with equal amounts of genuine pathos. 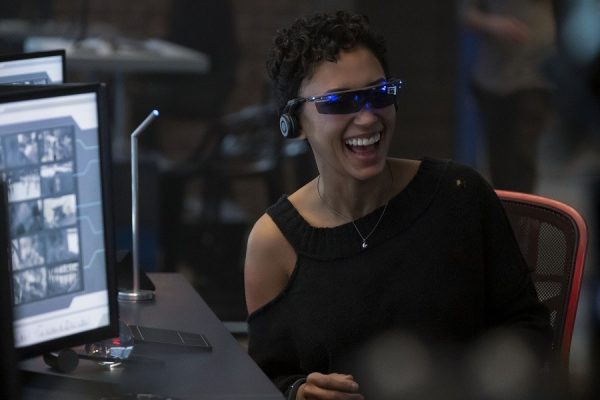 For those who like their entertainment without a road map, ample self-awareness and enough gumption to literally rub recent obsessions in our face, there are worse places to start. For those who like to run at a different speed however there is a gem on Channel 5 called It’s Your Fault I’m Fat.

Available to stream on Amazon Prime from May 1st.