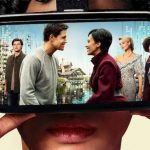 Martin Carr chats with Upload VFX Supervisor Marshall Krasser… VFX veteran Marshall Krasser has helped propel Amazon’s Upload into the public eye, through a combination of understated cutting edge affects which enhance the story telling process. He has worked with Steven Spielberg and through his time at ILM been involved in projects which included Avatar, […] 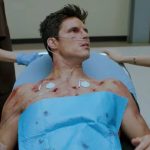 Martin Carr reviews the first season of Upload.. In the first five minutes of Upload cultural and cinematic references hit double digits. Everything from Knight Rider to Vanilla Sky are touched on whilst this is everything Downsizing could and should have been with an afterlife kink. In spite of the visual invention, cultural call backs […]

Amazon Prime Video has released a trailer for the upcoming sci-fi comedy series Upload which stars Robbie Amell as Nathan, a young man who gets uploaded into a ‘digital afterlife’ after a car crash; watch it here… From Greg Daniels (The Office, Parks and Recreation) comes Upload, a new sci-fi comedy. In the near future, people […] 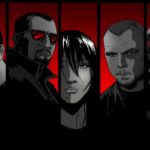 Back in 2015 it was announced that Seth Rogen and Evan Goldberg were looking to follow up Preacher with another Garth Ennis adaptation in The Boys, and now comes word that Amazon has placed a script order. The Boys is being written by Eric Kripke (Supernatural) with Rogen and Goldberg set to direct. According to […]