The James Bond series in both book and film introduced villains that would become household names and echo through popular culture decades later. The villains of the Bond universe are unlike anyone audiences have seen or read about before. They have evil plans that are bafflingly outrageous but scarily real in good measure, with plenty of menacing one-liners, iconic attire and chilling henchmen.

The cinematic adventures of 007 have introduced many memorable villains in both good and bad ways, because not everyone is perfect at being sinister on screen. For nearly 60 years we have been at threat from world wars, economic meltdowns, drug barons, global disasters and all sorts of counter-intelligence, terrorism, revenge and extortion. All in a day’s work for 007 keeping us safe mind you.

With guns and garrotes, lasers and lances, assassinations and alligators, the world’s deadliest villains have all tried and failed to defeat James Bond. But who ranks among the greatest to have gone up against 007?

Using fan reactions, legacy,  appearances and general evil villainy, we countdown the top ten best James Bond villains from the current 24 films. Following this, we will see where the newest megalomaniac Safin, played by Rami Malek in the upcoming No Time To Die, could stand in the plethora of 00-evil. Not – we’re only considering the main villain from each film, not their (sometimes more memorable) henchmen. 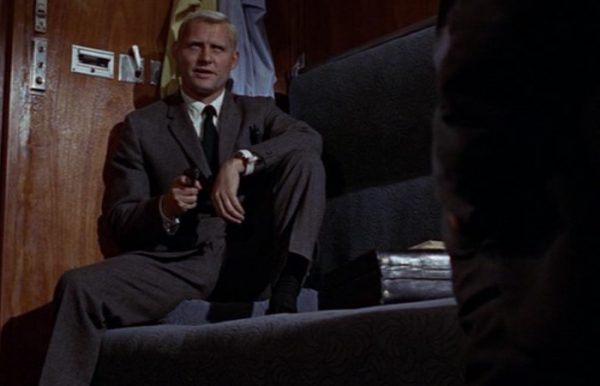 Plan: Ensure 007 survives to unknowingly deliver a cipher machine into the hands of SPECTRE, and then assassinate him to avenge operative Doctor No.

Traits: Ruthless, cold-blooded and calculating, but unsuspecting to the naked eye. Trained by the best to hide in the shadows and eliminate anyone or remove anything that stands in the way of his mission.

Villainous quote: “My orders are to kill you and deliver the Lektor. How I do it is my business. It’ll be slow and painful.” 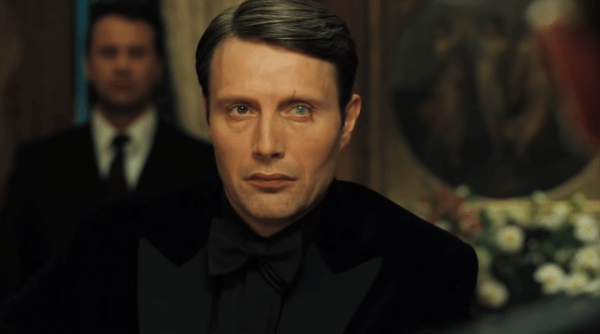 Plan: Financier to world terrorism, with links to the September 11th attacks. Aims to make the Quantum group major profit by funding a project to blow up a new airbus on its debut flight from Miami.

Traits: A man who takes pleasure, and profit, from people’s pain, and relishes torturing others to get what he needs. A deranged tear duct weeps blood when his stress levels rise.

Villainous quote: “It’s the simplest thing… to cause more pain than a man can possibly endure.” 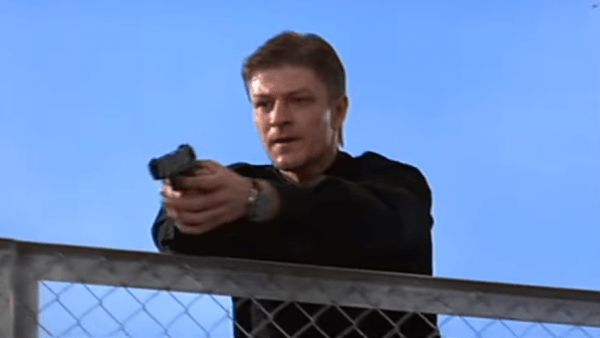 Plan: To send England back to the stone age, crippling the country and wiping electronic data with an EMP blast in revenge for his Lienz Cossack parent’s betrayal during World War II.

Traits: The former 00 agent is out to bring down Queen and country. With a frozen facial scar, Trevelyan is a dangerous, highly powerful man with Secret Intelligence Service history, making him a true foe for 007.

Villainous quote: “England is about to learn the cost of betrayal – inflation adjusted for 1945.” 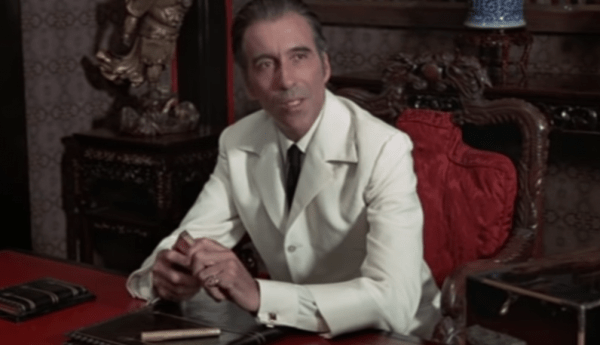 Plan: Steal and sell the Solex Agitator; a secret device to harness solar energy. His market includes terrorists, industrialists and corrupt world leaders who will pay anything to harness the world’s solar power.

Traits: Born with a supernumerary nipple and carries a lethal golden gun, assembled from a lighter, cigarette case, cufflink and fountain pen making his assassinations inconspicuous and highly professional.

Villainous quote: “I always thought I liked animals. Then I discovered that I enjoyed killing people even more.” 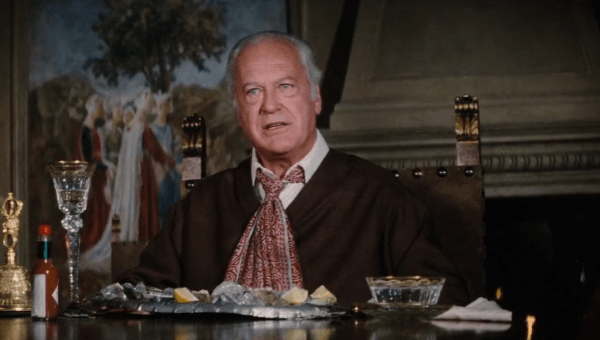 Plan: Launch World War III between America and Russia with nuclear submarine strikes, all to wipe out most of humanity and allow him to start a new era of civilization under water.

Traits: With webbed fingers and a love for all things aquatic, Stromberg rarely steps outside his underwater hideout; Atlantis. His desire to eradicate mankind knows no bounds.

Villainous quote: “Farewell, Mr. Bond. That word has, I must admit, a welcome ring of permanence about it.” 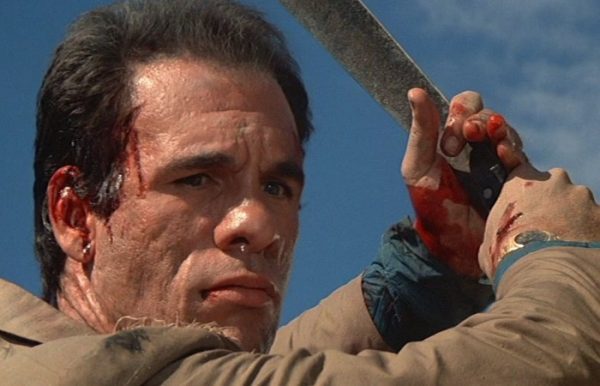 Plan: To expand and corner the American and Pacific drug market, blackmailing and corrupting government and law officials to let his empire flourish beyond control.

Traits: Brutally maiming CIA agent Felix Leiter and murdering his wife, Sanchez is ruthless to his enemies and those who betray him. He is near impossible to reach thanks to his corrupt protection.

Villainous quote: “I just want you to know that this is nothing personal. It’s purely business”. 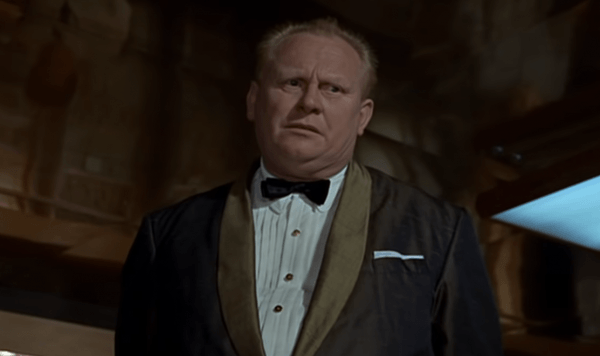 Plan: Using a stolen atomic bomb, Auric Goldfinger will infiltrate Fort Knox and render the United States gold reserve radioactive for decades. This will make him, and his gold, the richest in the world.

Traits: As an international gold smuggler, Goldfinger is obsessed with the precious metal. His loyal henchman, Oddjob, is a quiet killer used to silence enemies and the competition when it comes to his plan.

Villainous quote: “Choose your next witticism carefully Mr. Bond, it may be your last.” 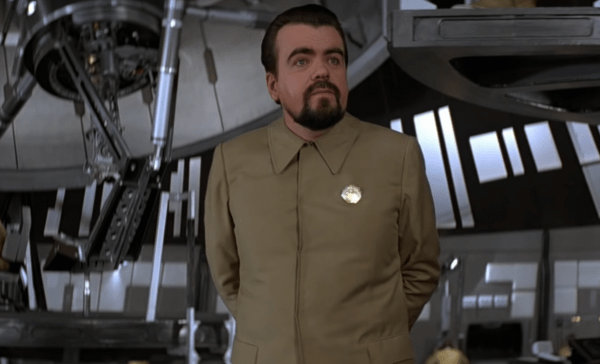 Plan: To destroy all of mankind using a deadly virus and re-populate Earth with carefully selected humans he deems as a super-race, and become a new God.

Traits: An industrialist billionaire, Drax runs a space shuttle corporation. He has both Earth and Outer Space as his own to create, transport and launch a deadly virus that kills humans, but spares animals.

Villainous quote: “Look after Mr Bond. See that some harm comes to him.” 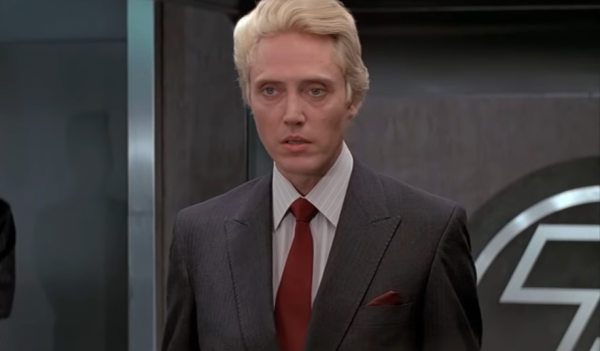 Plan: To destroy the American microchip market, flooding San Francisco and Silicon Valley via a bomb-induced earthquake. This will leave Zorin control of the market to sell to whomever at whatever price.

Traits: A product of a Hitler-supported scheme to create genetically enhanced babies during World War II, former KGB agent Zorin is highly intelligent but totally psychotic who enjoys the thrill in killing.

Villainous quote: “Intuitive improvisation is the secret of genius.” 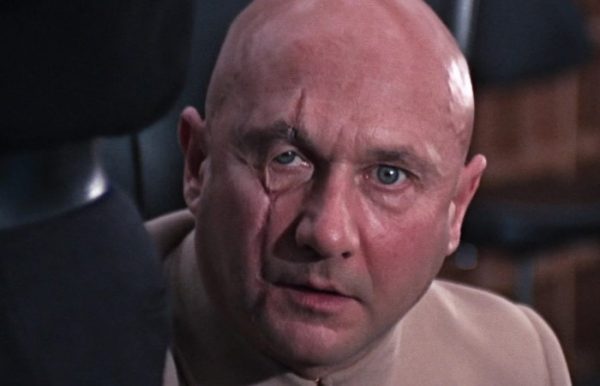 Plan: Overseeing the SPECTRE (Special Executive for Counterintelligence, Terrorism, Revenge and Extortion) hijacking of American and Russian space shuttles to instigate World War III for their own gain.

Traits: Dressed plainly, with a deep facial scar and never without his Persian white cat, Blofeld is the hidden mastermind behind the greatest criminal organisation the world has ever seen; SPECTRE, and his reach is global. 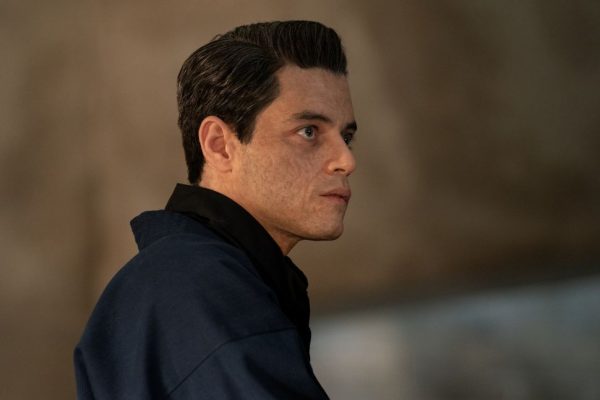 Oscar winners, international stars and veterans of stage and screen have all given life to both literary and original characters that have gone down in history as some of the most notorious screen villains ever.

But where will Safin be following his debut in No Time To Die? Rumour is rife that Malek is playing a new incarnation of the original Bond baddie Dr No.

This is teased by shots in the trailer and Super Bowl TV spot that harken back to both the 1962 movie (similar set design and dialogue) and the 1958 story (Safin is alive with a gunshot wound on the left of his chest, where his heart would be be. Yet in the novel, Dr.No’s heart is on the right).

As this will be the conclusion of the story started in 2006 with Casino Royale, Safin must play an even bigger role in that of both the SPECTRE organisation and Blofeld to command the villain of the final Craig era adventure. It sounds like he will be a ghostly presence that echoes across previous movies with dark secrets and a god-like motive in mind that now is coming to fruition. But at what cost to him or the world, and why now?

Will EON be so bold and brazen to bring back another classic Bond villain to reboot in this Daniel Craig era, following the return of Blofeld in 2015’s Spectre? Does Safin hint at wider plots and plans in terms of this new rebooted Bond series that will continue after Daniel Craig? We shall find out this November.