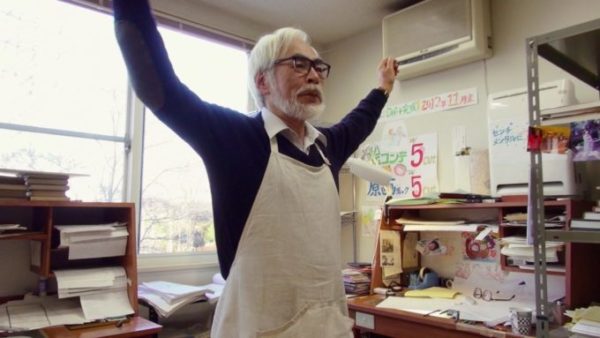 Legendary animation director Hayao Miyazaki is working on a film called How Do You Live, based on a story by Yoshino Genzaburo, but upcoming Studio Ghibli project is still quite some time away, says producer Toshio Suzuki.

In a new interview with Entertainment Weekly, Suzuki described the film as “a big, fantastical story.” He went on to explain through his translator that the project is entirely hand-drawn and says the process is painstaking.

“We are still hand-drawing everything, but it takes us more time to complete a film because we’re drawing more frames,” he explains. “The current film that Hayao Miyazaki is working on, we have 60 animators, but we are only able to come up with one minute of animation in a month. That means 12 months a year, you get 12 minutes worth of movie. Actually, we’ve been working on this film for three years, so that means we have 36 minutes completed so far. We’re hoping it will finish in the next three years.”

This will put the production at a total of six years in development and will see 2023 as its tentative release year. Toshio Suzuki also notes that the director’s son, Goro Miyazaki, is also working on a new Studio Ghibli project that will be entirely computer-generated.