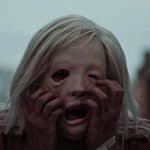 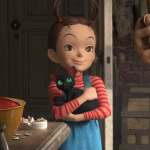 GKIDS has released a new trailer for Earwig and the Witch, Studio Ghibli’s upcoming CG animated feature from director Goro Miyazaki (Tales from Earthsea) which follows a young orphan girl who is adopted by a witch and finds herself in a mysterious world of spells and potions; watch it here… SEE ALSO: Earwig and the […] 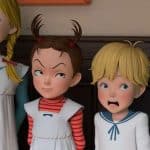 Ahead of its premiere in Japan later this month, a trailer has arrived online for Studio Ghibli’s first CG animated feature Earwig and the Witch. Directed by Goro Miyazaki (Tales from Earthsea), the film is based on Diana Wynne Jones’ novel of the same name and follows Earwig, a young orphan who is adopted into […]

Studio Ghibli reopened its doors earlier this year as Hayao Miyazaki came out of retirement to work on his new film Kimitachi wa do Ikiru ka (How Do You Guys Live?), but it seems that isn’t the only project in the works at the celebrated anime studio. According to THR, Miyazaki’s son Goro Miyazaki is working on […]

With a little over two weeks to go until its arrives on Amazon Prime Video, a trailer has debuted for Studio Ghibli’s upcoming animated series Ronja, The Robber’s Daughter. An adaptation of Swedish author Astrid Lindgren’s fantasy book Ronia the Robber’s Daughter, the series is directed by Goro Miyazaki, the son of legendary animator Hayao Miyazaki; […]