505 Games has announced the release of Portal Knights Legendary Edition on Xbox One, Playstation 4, Nintendo Switch and PC.  This edition of the of the award-winning fantasy sandbox game provides the ultimate collection for fans and newcomers.  Check out the new launch trailer below…. 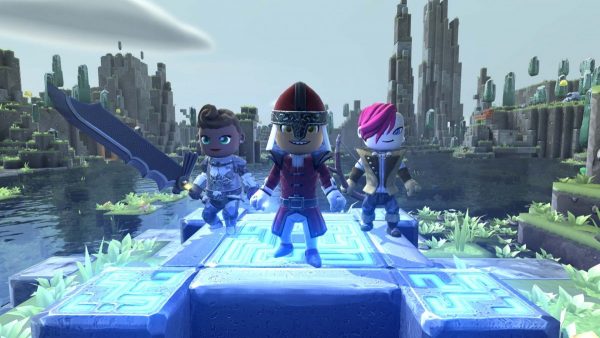 The base game features two game modes, an Adventure Mode where players get to battle bosses, complete quests, craft new armor and weapons and explore dozens of islands, and a Creative Mode players that will allow the construction of awe-inspiring structures with unlimited resources. As well as these, the Legendary Edition will add two new game modes on Elysia’s moon where players will help defend the Star Stones for the Furfolk or help the Elves in challenging roguelike rifts.