Two of the most prolific producers in the industry, Ryan Murphy and Jason Blum, are joining forces at Netflix. The pair will team with Netflix for a feature film adaptation of the Stephen King short story Mr. Harrigan’s Phone.

The story comes from If It Bleeds, a New York Times best-selling collection of stories. Mr. Harrigan’s Phone follows a young boy who befriends an older billionaire who lives in his small-town neighborhood. The pair bond over the older man’s first iPhone. When the man suddenly dies, the young boy soon discovers – in true Stephen King tradition – that not everything dead is gone forever. The boy soon finds out that he’s able to communicate with his friend by leaving voicemails on the iPhone he was buried with.

Blum, Murphy, and Netflix have tapped John Lee Hancock (The Blind Side, Saving Mr. Banks) to write and direct the film. Carla Hacken will produce along with Murphy and Blum, with Blumhouse Television’s Marci Wiseman and Jeremy Gold exec producing.

Along with Mr. Harrigan’s Phone, a further two of the four short stories in It If Bleeds have also been optioned, with Ben Stiller intending to produce, direct and star in Rat, and Darren Aronofsky’s Protozoa optioning The Life of Chuck, with Aronofsky on board as producer.

Mr. Harrigan’s Phone marks the second upcoming adaption for Blumhouse, as they are currently working on a Firestarter remake. This film will also mark the fourth Stephen King-based project from Netflix, following Gerald’s Game, 1922, and In the Tall Grass. 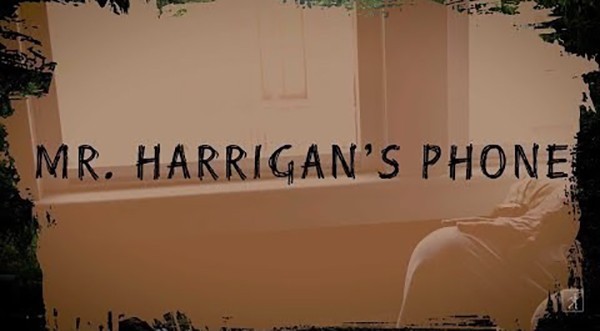