Sammi Rotibi has graced the big and small screens for over twenty years now. Audiences may remember him as Eben on CW’s The Secret Circle, Rodney in Quentin Tarantino’s Oscar-winning Django Unchained, General Amajagh in Batman v Superman: Dawn of Justice or more recently Robert Foucault on the National Geographic series Mars. He also has a few movies coming out next year, including Blumhouse’s The Forever Purge and the drama Obsidian Dolls. Below Sammi gives some insight about what it was like to film a blockbuster like Batman v Superman, as well as working with writer/director Michael Carnick (Who’s Driving Doug) on a completely different type of film, Obsidian Dolls, for which he plays an Ethiopian-born rabbi. Read the exclusive Q&A here: 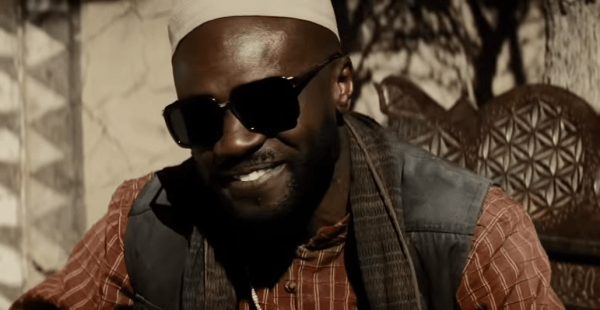 What was your favorite part of playing General Amajagh in Batman v Superman: Dawn of Justice?

My favorite part of playing General Amajagh in Batman v Superman is being in a DC Comics movie and also getting to work with the AMAZING Amy Adams. She’s just phenomenal! And a great human being. Also being directed by Zack Snyder.

Do you have a favorite behind the scenes moment from Batman v Superman: Dawn of Justice?

Many fun behind the scenes moments that I can’t really talk about, but one I can say is sitting outside with Henry Cavill (Superman) in front of our hotel, in Deming New Mexico, the middle of nowhere, just talking about our experiences being actors. Our journeys and him being Superman. Wonderful, chill moment between two actors. He had just taken his dog for a walk. Not much else to do where we were at. But it was a great time. And Henry is pretty cool.

You have guest starred on many hit shows, including The Blacklist, MacGyver, NCIS: New Orleans and Scorpion. Which one has been the most memorable for you and why?

Every show I’ve done have all been great experiences because it was an opportunity to play a different character. To work with great actors and directors.

Which genre is your favorite to work in? Horror, sci-fi, drama?

I like all genres. As long as the character is three dimensional.

You starred in Django Unchained, which was directed by Quentin Tarantino. What was it like working with Tarantino?

Working with Quentin Tarantino on Django Unchained was one of the best experiences I’ve had so far as an actor. He’s just MAGICAL! Every actor’s dream director to work for. He knows every character inside and out. Every frame. And trusts his actors because we’ll go the length for him. If he feels you’re not satisfied with the takes you’ve done, but he’s got what he wanted, he’ll let you do another take. Then he says to the crew “Because We Like Making Movies”. So Fucking Cool!

When you were shooting Django Unchained did you have any idea that it would end up being a Golden Globe and Oscar winning film?

We didn’t think about winning an Oscar or Golden Globes. We were there to tell a story. To put our heart and soul into a project we all believed in and a Captain that took us on an incredible journey. The rest was gravy on top.

You have a film coming out by Michael Carnick titled Obsidian Dolls. What initially drew you to this script?

What drew me to Obsidian Dolls was the story. The journey of two characters from total opposites with commonality of pain, but discovering and learning from each other. Pushing each other to the brink. And that there were actual Ethiopian Jews, which I knew nothing about at the time. It’s always great when you can learn from a project you’re working on. Also, the opportunity to work with Michael whom I’ve gotten to know and such an incredible and talented human being. Someone not letting his disabilities hinder his voice or talent in anyway. He’s an inspiration to all. 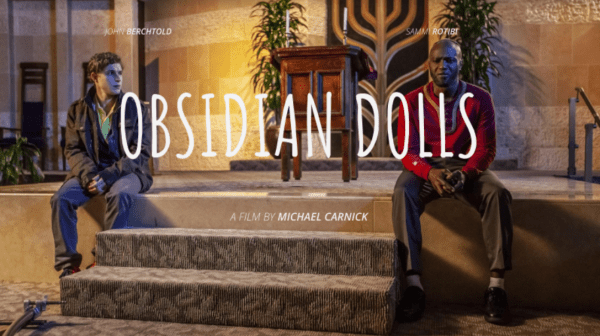 Obsidian Dolls is a very emotional film. Was it difficult to be that serious for the whole shoot? Did you all tell jokes in between scenes just to lighten the mood?

It was very tough. Also doing night shoots the entire time. With so much dialogues. That messes with your brain and sometimes can be stressful and tiring, but we powered thru it. We told some jokes and goofed around a bit to lighten up the mood. And I think Michael tried to tell a couple of jokes I believe at one point, but I don’t think he was funny. LOL! Just kidding. He did great! LOL!!!

Most of your scenes in Obsidian Dolls are with John Berchtold. How did you all prepare for those long monologues together? Did you all spend a lot of time offscreen with him before shooting?

Johnny and I got together few times before we were on set to go thru the lines and just get comfortable with each other. He’s such a wonderful actor and I think he’s going do great things. We also had good chemistry which I think is so important or else we didn’t have a movie. 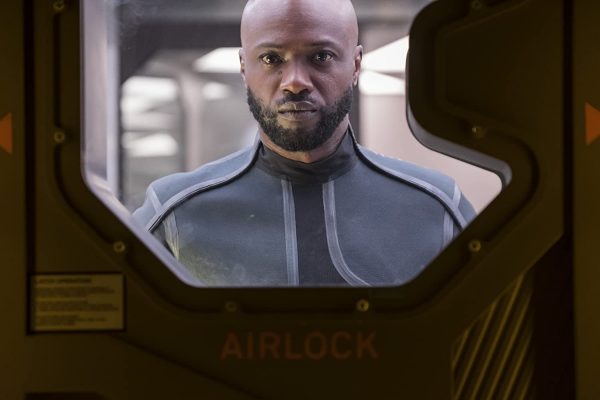 Is there a director that you haven’t gotten to work with yet that you would like to?

Lots of directors I still haven’t gotten to work with and would love to, Barry Jenkins, Nadine Labaki, Paul thomas Henderson, Ryan Coogler, Spielberg…and so on.

Many thanks to Sammi Rotibi for taking the time for this interview.