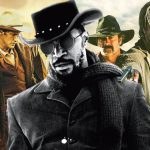 Hasitha Fernando on the essential revisionist westerns of the 21st century… Revisionist Westerns or Anti-Westerns have been around for quite some time. Although there themes have existed since the early part of the 20th century, it wasn’t until 1968 when the controversial Hay’s Code restrictions were relaxed, that they came out in full force. With […] 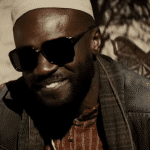 Sammi Rotibi has graced the big and small screens for over twenty years now. Audiences may remember him as Eben on CW’s The Secret Circle, Rodney in Quentin Tarantino’s Oscar-winning Django Unchained, General Amajagh in Batman v Superman: Dawn of Justice or more recently Robert Foucault on the National Geographic series Mars. He also has […] 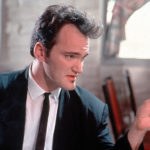 In our latest beginner’s guide, Tom Jolliffe looks back at the films of Quentin Tarantino… With the recent Cannes premiere of Quentin Tarantino’s latest magnus opus, I thought it high time that the latest directors beginners guide focused on the cinematic legend. An auteur of invigorating flair upon breaking in, with an unconventional approach to […] 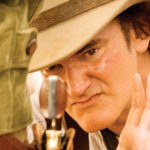 This week saw the Netflix release of an extended version of Quentin Tarantino’s The Hateful Eight, with the 2015 western broken up and re-edited into a four-episode miniseries, and speaking to Slash Film, Tarantino has revealed that he personally oversaw the creation of the miniseries cut, and has also created an extended director’s cut of […] 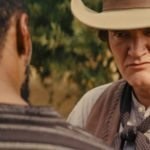 Tom Jolliffe looks ahead to Quentin Tarantino’s Once Upon A Time In Hollywood… There is no doubting that in the last (nearly) three decades, Quentin Tarantino has been one of the best film-makers around. His back catalogue is rich, varied and impressive. If you’re asking me for rankings, then his first two, Reservoir Dogs and […]

Eddy Gardiner on star ratings… Star ratings have a habit of ruling film criticism. Bus posters and billboards particularly love their eye-catching nature, and indeed it makes sense to advertise with such a clear visual aid in areas where people will only grab a quick glance at the poster in question. Even if there’s a small […]

During an interview with THR to promote his latest film Concussion, Will Smith has been talking about his decision to turn down the lead role in Quentin Tarantino’s Django Unchained, which of course then went to Jamie Foxx. Previously, Smith has stated that he passed on the project as he felt Christoph Waltz’s character Dr. […]

Back in June it was announced that Quentin Tarantino was working on a Django/Zorro crossover comic book series with Dynamite Entertainment and DC Comics, which was released last month, and now the latest leaked emails from the Sony hack has revealed that QT has been in talks with Amy Pascal about bringing the two characters […]

Quentin Tarantino is one of the world’s greatest filmmakers. He’s an undeniable vault of film knowledge and, as a result, he’s a cinematic force to be reckoned with. He has also written some of the most quotable dialogue of all time and built up a body of work that has helped redefine popular culture. He […]

Gavin Logan with five reasons why Quentin Tarantino shouldn’t retire… Quentin Tarantino has recently hinted that he is thinking about retiring from making movies once he hits movie number ten. While I don’t truly believe a word of it, the thought of not having another Tarantino movie every couple of years make me want to […]