Bungie has announced that the Solstice of Heroes free event will start for Destiny 2 on 11th August and run until 8th September.  With the Solstice of Heroes event Eva Levante returns once more to the Tower to encourage Guardians to celebrate humanity’s defenders. Eva will also provide a quest which will reward with a free Solstice of Heroes music track.  See the new trailer below showing some of the new exclusive gear available. 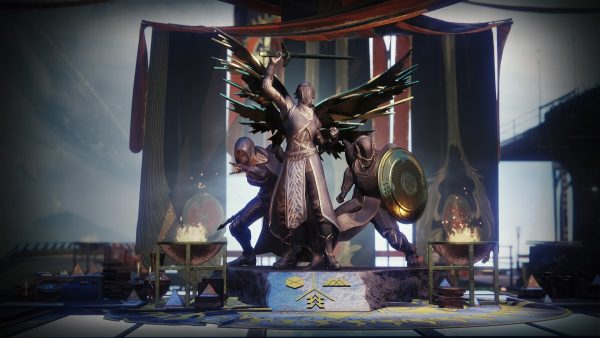 Solstice of Heroes takes players back to the European Aerial Zone (EAZ) where they will take on the forces of the Hive, Cabal and the Fallen.  Once these enemies have been defeated players will be able to treasure chests that have a chance of rewarding with exclusive Solstice of Heroes armour pieces.  There are also Solstice Key Fragments that can be collected and can be used to unlock Solstice Packages that contain powerful gear and new armour upgrades.

Two more Triumphs can be gained from this free event and will count towards progression in the current Moments of Triumph pursuit.

Also available from the Tower are a range of new Universal Ornaments courtesy of Tess Eververse and are excellent at making Legendary armour look like Solstice armour.  There are also new accessories, emotes and a new finisher.

The Solstice of Heroes free event runs from 11th August to 8th September.