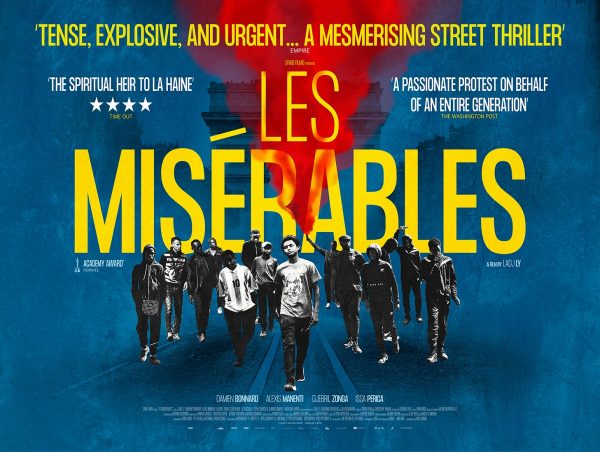 A trio of cops patrol the streets of a troubled French neighbourhood, only for an interaction with some local teenagers to go south in a hurry. 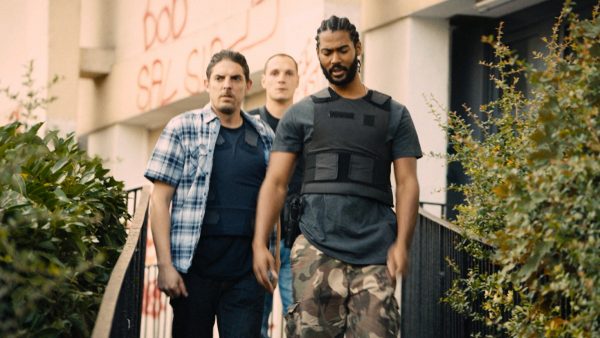 Perhaps unfairly, I went into Ladj Ly’s incendiary feature debut Les Misérables with a burning question etched in my mind. What prompted France to choose this as their entry for the Best International Feature Film Oscar over Celina Sciamma’s exceptional Portrait of a Lady on Fire? Having now seen the film, I’m none the wiser on that front, but Ly’s movie is a broiling, simmering powder keg of community tension that speaks with great eloquence to the political unrest permanently bubbling just beneath the surface of French society.

The movie opens with a cacophonous prologue following a group of kids from a poor French estate travelling to Paris to watch France defeat Croatia in the 2018 World Cup final, sparking raucous celebrations on the Champs-Élysées. When the title card then flashes up and we’re transferred to the deprived Bosquets estate in Montfermeil – believed to be where Victor Hugo wrote Les Misérables – it feels like a bitter, darkly comedic twist of irony. The moment of national togetherness was fleeting and little more than an illusion.

Certainly, division is the order of the day in Bosquets. Experienced cop Ruiz (Damien Bonnard) has joined the Street Crimes Unit covering the area, working with hair-trigger superior Chris (Alexis Manenti) and his long-term partner Gwada (Djebril Zonga), who just lets his buddy’s worst excesses slide. The theft of a lion cub by tearaway teen Issa (Issa Perica) leads to tensions between different ethnic communities, with the SCU attempting to keep the peace through rather questionable means. Soon, a child has been seriously injured and the presence of a drone video of the incident sparks a race against time. 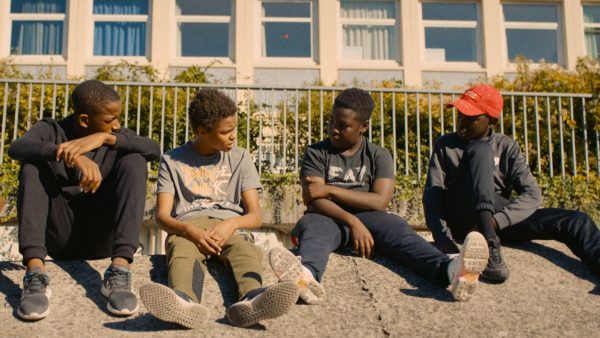 Les Misérables is a curious, compelling exercise in unusual pacing. The tension waxes and wanes, with Ly punctuating its cops-on-the-beat milieu with moments of intense chaos. The movie thrums with the atmosphere of a community sitting on a land mine, with only the slightest pressure preventing the entire thing from blowing up and destroying everything in sight. It’s a film that’s comfortable with silence, but also culminates in a blistering, high-stakes riot in which rage-fuelled danger lurks around every corner.

Ly smartly sketches out the various tension points of this community throughout the storytelling, illuminating the antagonistic relationship between the SCU and the local Black community. There’s an uneasy peace between the cops and key local figure The Mayor (Steve Tientcheu) – “our very own Obama,” says Chris – while Muslim figurehead Salah (Almamy Kanoute) also helps maintain the teetering equilibrium. It’s Chris, played with hot-headed fragility by Manenti, who constantly damages that balance, pushing everything too far with his temper and willingness to abuse his power, either by intimidating kids in the street or forcing teenage girls into humiliating roadside searches.

The film is blessed with a strong ensemble, from the quiet resignation of Zonga’s Gwada – disappointed, but complicit – to the deep conflict of Ruiz. Bonnard’s wide eyes and impulsive attacks of compassion present him as being someone who, in Chris’s words, will “never be SCU at heart”, but believes entirely in the broader cause they’re fighting for, even if he disagrees with the methods. It’s a clear depiction of the ways in which even the most reasonable law enforcement officers can be drawn into misconduct, discrimination and corruption. Given the events of 2020, that’s a particularly telling and resonant argument. 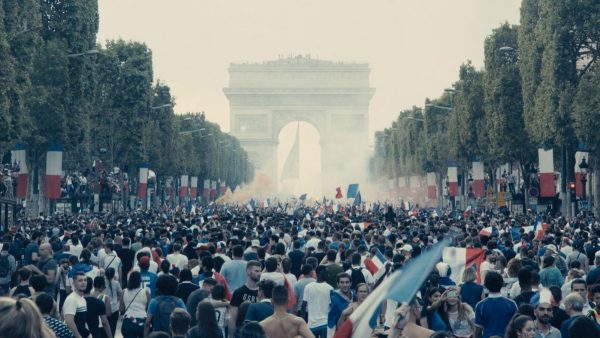 With its constantly shifting landscape of tension, Les Misérables is a deeply uncomfortable and disquieting watch, but one that paints a complex picture within the recognisable, broad strokes of a sprawling cop thriller. Its finale leans into the sort of spectacle that may sit awkwardly next to the quieter drama for some, while boasting the powerful feel of a society amid undeniable upheaval. The ambiguous final shot showcases two characters at a point of no return, with the sense that the nation around them is in the same, impossible predicament.