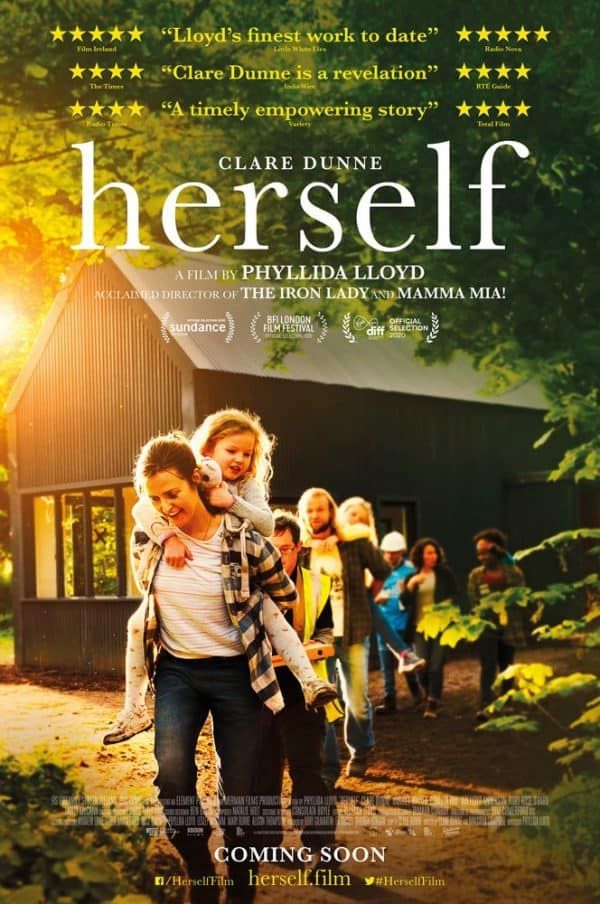 This is the story of young mother Sandra who escapes her abusive husband and fights back against a broken housing system. She sets out to build her own home, and in the process rebuilds her life and re-discovers herself.

Hot off the success of crowd-pleaser Mamma Mia! and Meryl Streep showcase The Iron Lady, director Phyllida Lloyd’s new film is her most low-key yet; an uplifting drama about a young mum breaking free from the chains of her abusive partner to (literally) build a new life. In Herself, Sandra (played by Clare Dunne, who also co-wrote the film), her family forced to stay in an airport hotel, comes up with a unique way to deal with her housing problem: forget the system completely and build a new home from scratch.

There are more than a few coincidences intertwined with this story, Sandra occasionally being given what could at best be called ‘lucky breaks’, but the film excels in spite of this thanks to its huge heart and spirited performances. At the heart of it is Dunne, who lives and breathes this material both on and off the screen, delivering an impassioned and personal performance, able to sell both her character’s desperation and positive, driven attitude. Dunne’s quiet, gentle observations of Sandra’s relationship with her daughters are also particularly moving. 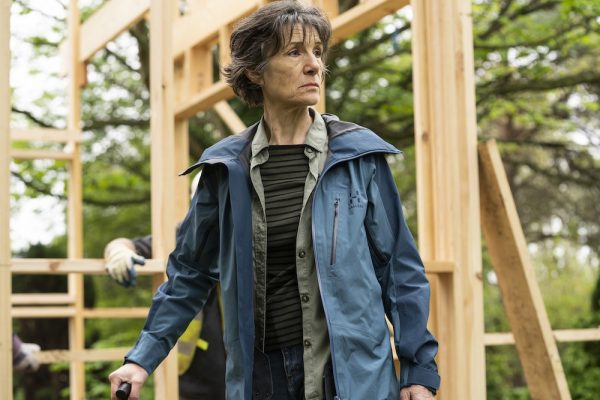 Unlike the films of, say, Ken Loach, Herself doesn’t dwell on its societal politics and it isn’t pessimistic about our future. Yes, Sandra is put in an impossible situation (one made even harder by the very system put in place to help people like her), but this isn’t an angry film, it’s a hopeful one, and it succeeds precisely because of that approach. In spite of the many negative aspects of its story, it’s more focused on moving forward than it is on looking back.

Sandra doesn’t let her demons define her. Rather, she’s still able to see the good in people, remain trusting and accept help from those willing to give it, personified by Conleth Hill as a kind stranger who drops everything to lend a supportive hand, and Harriet Walter as her generous, good-hearted employer. This is a film about the people who help Sandra in her time of need, not those who have wronged her. 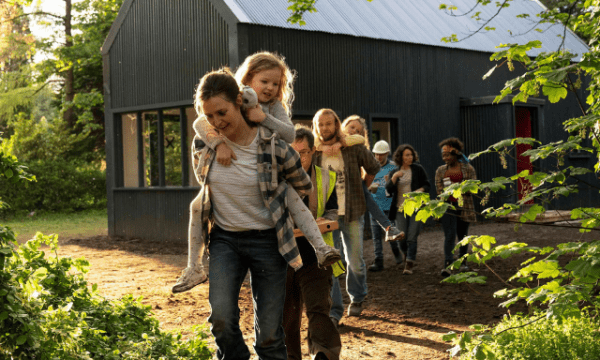 Herself is about the friendships Sandra makes as she walks away from her violent relationship and searches for a new life, and the welcome glimmer of hope that gives her; the confidence that things will be better soon. Sure, the script is a bit safe and it certainly has its fair share of clichés, but it’s a small sacrifice for what is such a heartfelt, warm story about female strength and human decency, as Sandra walks away from her demons and into the open arms of a new, surrogate family. It’s not perfect, but it does exactly what it sets out to do and it does it well, and it’s undoubtedly Lloyd’s best work.