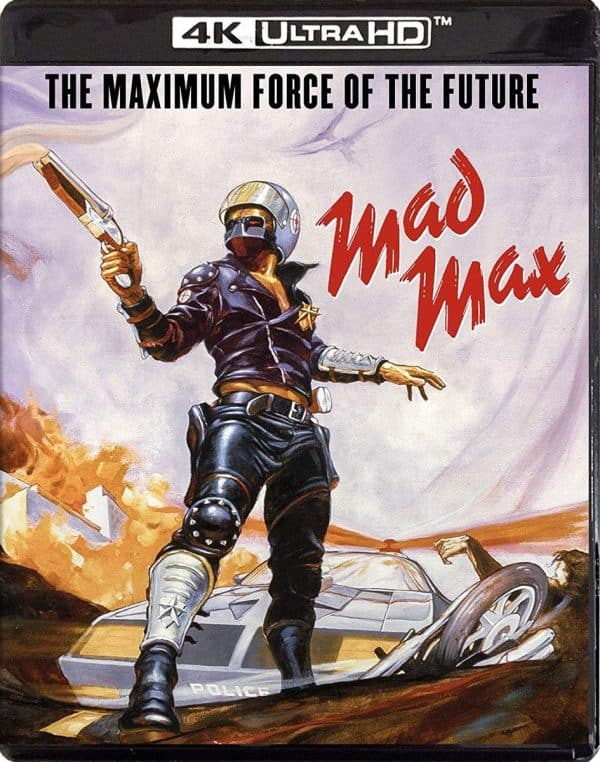 George Miller’s classic Mad Max arrives on 4K Ultra HD courtesy of Kino Lorber. The picture quality is about as good as it gets for a 41-year-old indie film, which means it’s on par with how it originally looked in theaters. Kino created a new interview with Miller and ported over a batch of bonus features from previous editions. 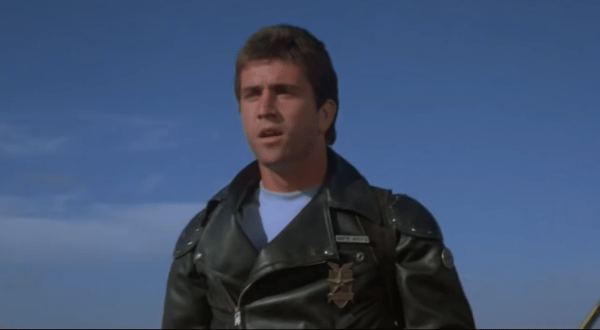 I love stories of filmmakers who set out to make their first movies not by trying to sell a script and hoping to be attached to direct as part of the deal but by simply going out and doing it themselves. These days, modern technology makes it easier than ever, but when George Miller decided to leave the medical field in 1979 to make Mad Max, he had a much tougher hill to climb.

Stories from that part of his life make up the bulk of Road Rage, a new interview with Miller that’s part of this new edition of Mad Max on 4K UltraHD Blu-ray from Kino Lorber. (The film and the bonus content are also included on a standard Blu-ray disc.) Miller talks about how he bootstrapped the movie by raising money from his friends and family, as well as producer Byron Kennedy’s friends and family.

Originally, the movie was to be set in the modern day, but since Miller needed cheap locations, he hit on the idea of filming in a dilapidated area near Melbourne, Australia and turned Mad Max into a story set in a dystopian near future. He figured that not only would the biker gang in his story be eking out a meager existence in a post-apocalyptic world, but the police would probably be reduced to a ragtag outfit too. 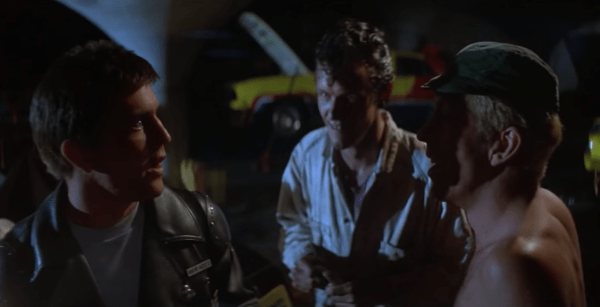 And it’s a world where non-outlaws would try to have whatever sense of normalcy they could scrounge up, like protagonist Max Rockatansky (Mel Gibson) does with his wife and child. In fact, Max wants more of that and less of pursuing an endless series of bad guys, but his superiors on the police force offer him a supercharged vehicle to keep him around, and he accepts.

The main bad guy is Toecutter, who runs the local gang that causes so many headaches for Max and his fellow officers. The gruesome death of an officer at the hands of one of Toecutter’s henchman leads Max to want to quit for good, but his boss convinces him to take a vacation with his family instead. When the gang tracks them down and kills his wife and daughter, Max swears vengeance, setting up a bloody third act of the story. 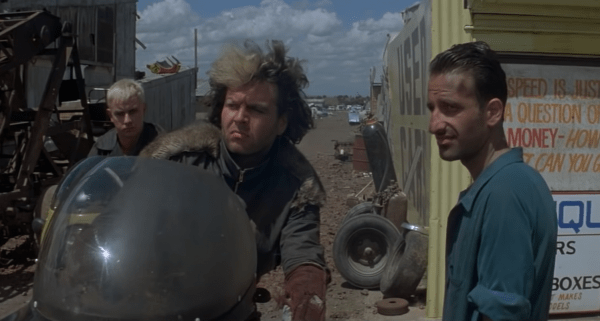 Mad Max still holds up over 40 years later, although Max’s vacation has always bugged me. I get that he’s supposed to be a reluctant hero (Miller talks about the hero’s journey in the new interview), but his desire to walk away that late in the story doesn’t make sense to me – reluctant heroes typically heed the call to adventure, as it’s known, much earlier in the story. Here, Max seems to be giving up just when a fellow officer’s death should be a catalyst for him to want to take out the gang. If anything, the death of his family should happen much earlier in the story.

But I can set that quibble aside enough to appreciate Mad Max as a rip-roaring action film featuring some breathtaking stunts, especially when you consider that this was a seat-of-your-pants production. A lot of that territory is covered in Mad Max – The Film Phenomenon, a 26-minute vintage featurette that has interviews with some of the key production people. They have some interesting bits of information to impart, such as the use of a rocket-powered car to capture an amazing shot.

The Miller interview is the only new bonus feature on this disc, aside from the fact that the movie is now available in 4K Ultra HD for the first time. The presentation is stunning – for example, it’s now easy to tell that many of the supposed leather jackets in the film are actually vinyl, another one of the cost-cutting measures that Miller talks about. That might be a drawback in your book, but that’s the price you pay for having the movie look just about the same as it did in theaters 41 years ago. 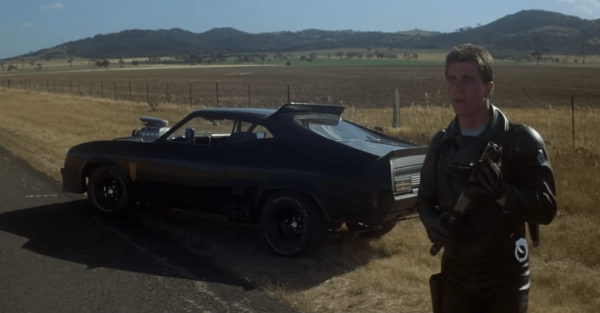 The other extras found here were ported from previous releases, but I don’t know if this edition captures everything. Here’s what we have:

• Audio commentary: Filmmaker Tim Ridge moderated this track, which includes Jon Dowding, cinematographer David Eggby, and special effects artist Chris Murray. I applaud the decision to include a moderator, which helps keep the discussion moving at a nice clip without falling into the trap of describing what’s on screen and telling inside jokes.

The participants are also found in the Film Phenomenon featurette, and while they cover some of the same territory found there, they tell many more great stories from the production. I found myself shaking my head once more at the ways life and limb were risked to get many of the action shots. This track is found on both discs, and it’s the only bonus feature on the 4K platter. 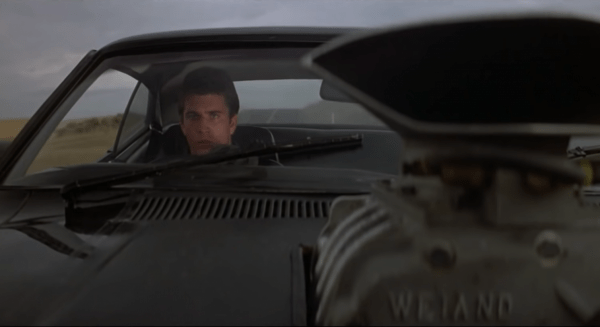 • Interviews with Mel Gibson, Joanne Samuel, and Cinematographer David Eggby (27 minutes): Miller talks about casting Gibson in his interview, and the star elaborates on the story here. Joanne Samuel has her own story to tell of how she joined the production, and Eggby is back with more crazy tales.

• Mel Gibson: Birth of a Superstar (17 minutes): I know, I know – Mel Gibson has given the world plenty of reasons to want him to go away, so I wouldn’t blame you if you wanted to bypass this interview. Still, it’s a good look at his career from his early days on the stage to his breakthrough in Mad Max and beyond. Various folks including his agent and his acting coach also chime in.

• Trailers From Hell With Josh Olson (2 minutes): The screenwriter narrates his thoughts on the movie over the trailer.

Trailers and TV spots round out the disc. And if you want to choose between the infamous American dubbing and the original Australian audio, you can do that too.