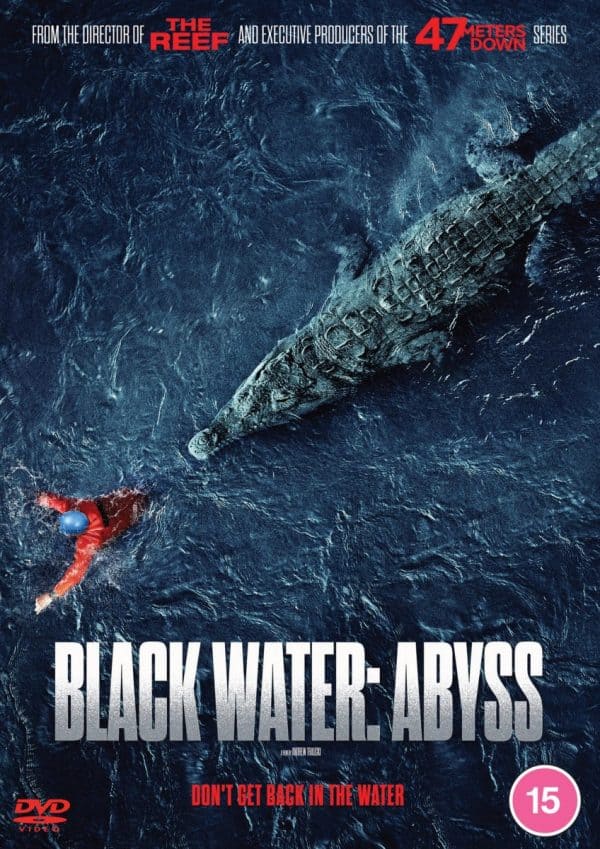 A group of cave divers discover an underground pool, unaware that a giant crocodile has been forced in there from a storm outside. 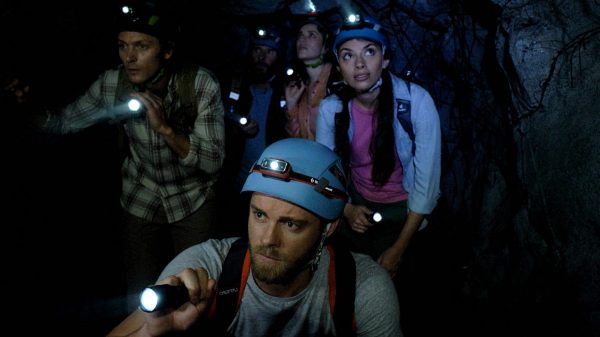 2007’s Black Water was a slow-burning but better-than-average creature feature about people stuck in low hanging trees above a mangrove swamp whilst a huge crocodile lurks underneath. It took a while to get where it needed to be but once it had its “You’re gonna need a bigger boat” moment the action ramped up and made it a fun ride until the end.

Roll forward 13 years and that film’s co-director Andrew Traucki has deserted the sharks of The Reef and returned to our reptilian friends for an in-name-only sequel, only this time we aren’t above water in the swamps but down underneath the rivers of Australia where a group of friends are exploring a remote cave system. Naturally a storm is brewing outside and the caves are filling up with water, bringing with a very large and hungry croc who has spied its dinner. Add to that tensions within the group as people’s personal laundry gets aired and it turns out not to be a very nice time for anybody… except the croc. 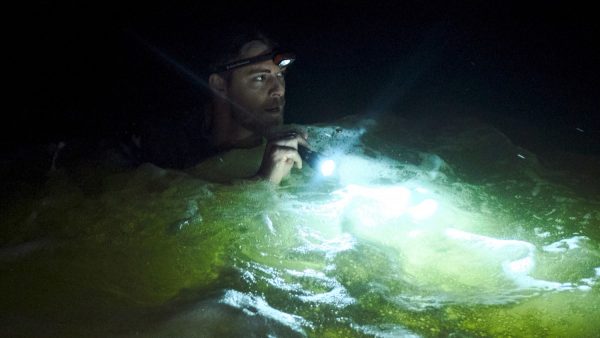 Given that Steven Spielberg’s mighty Jaws is still the benchmark for any wild animal movie, the best move for anybody attempting to make a movie like this is to take the Jaws 2 route and reduce the character dramas and domestic subplots, increase the action and creature attacks, and at least make it an exciting thrill ride for 90-odd minutes. Black Water: Abyss doesn’t do that and tries to build characters that you don’t really care for, domestic situations you can spot unfolding in the opening scenes that don’t get addressed until near the end of the film, and the crocodile attacks – whilst quite brutal – are few and far between, making the focus of the film the problems that each of the people trapped have to deal with; given that there are two couples and their friend you can already guess that two of the group are having an affair, one of the women is pregnant (as we are told far too many times) and one of the men is a surviving cancer patient. Unfortunately, it is all handled with the subtlety and nuance of an Eastenders script that makes you wish for the croc to be able to jump up onto the various shelves and ledges the group cling onto to do us all a favour.

The funny thing is, after all of this domestic padding Black Water: Abyss takes a turn in its final 10 minutes and becomes the movie you wish it had been all along. With glaring and obvious nods to The Descent and an overreliance on its Jaws-esque score, the final few scenes lend the movie a huge B-movie tone, being a little bit daft but with the right amount of absurd that might have made the preceding 85 minutes move along a little snappier(!). 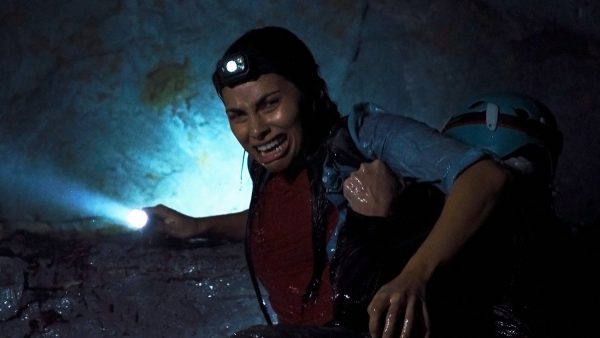 Black Water: Abyss is superbly shot, the crocodile effects decent and the acting is serviceable, but Andrew Traucki attempts to recreate the tension of the original Black Water with a few Jaws/The Descent character beats that just don’t work and result in the majority of the running time being a rather frustrating experience. The final 10 minutes might be worth waiting for if you’re a hardcore creature feature fan and must see absolutely everything that gets released but overall, Black Water: Abyss can be put aside on your watchlist as late-at-night viewing when there is absolutely nothing else to watch.