Sasha Banks swapped the Squared Circle for the Galaxy Far, Far Away earlier this month with her guest appearance in The Mandalorian, and now the WWE Superstar has revealed how she came to be cast in Disney’s live-action Star Wars series.

“One day, for some reason, I was going through my Instagram DMs, which I normally don’t go through, and a casting director messaged me and said, ‘Jon Favreau really wants to interview you for something for Disney,’” said Banks in an interview with THR. “And the next thing I know, I got a FaceTime from him and he told me about The Mandalorian. I just couldn’t even believe it… At the click of my fingers, we were shooting on set and now it’s here. It’s so awesome.” 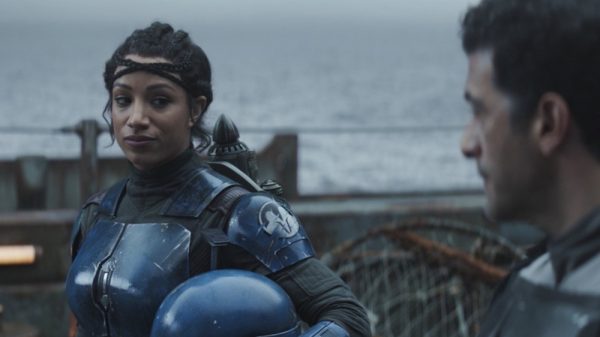 Banks has previously stated that she only features in one episode this season, but she went on to express her hope that we haven’t seen the last of Koska Reeves:

“Well, I don’t want to give away too much because it’s still really secretive. We don’t know where it’s going to go, and maybe it can go somewhere else in the future… Just like you, I am a fan and I am watching The Mandalorian every single week after I do Friday Night SmackDown. So let’s just keep on watching and hopefully in the future, we can have Bo-Katan (Katee Sackhoff) and Koska Reeves come back. So I don’t know, but I’ll be watching.”

Given that Bo-Katan is on a quest for the Darksaber, currently in the possession of The Mandalorian’s main villain Moff Gideon (Giancarlo Esposito), it seems pretty safe to assume we’ll be seeing more of the Mandalorian warrior and her team. 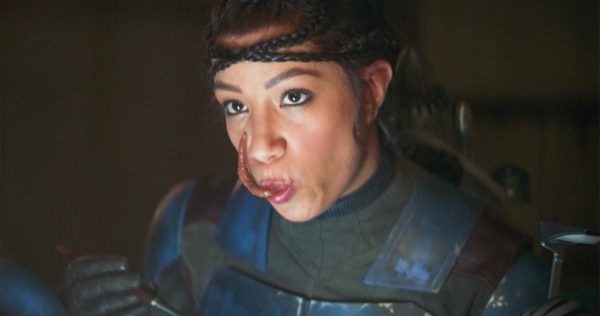