Ricky Church reviews the fourth episode of The Mandalorian season 2…

Plenty of old faces returned to The Mandalorian this week as Mando put in a stop to his old stomping grounds of Nevarro and aided Greef Karga and Cara Dune to clear out some of the last remaining Empire soldiers on the planet. Directed by Greef’s actor Carl Weathers, ‘The Siege’ was a pretty entertaining episode with a lot of great action that advanced the main story of the season and teased elements from the franchise’s vast mythology. 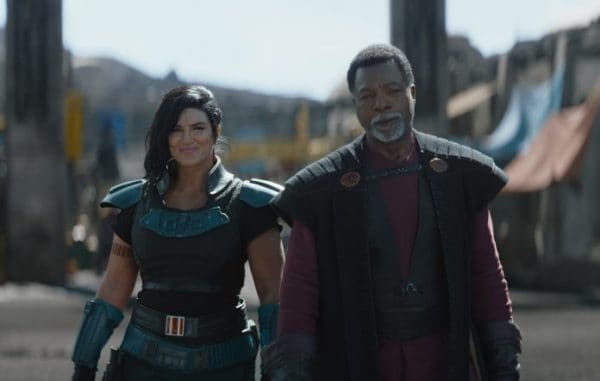 Right from the beginning, the episode was well paced as it moved along with little to no filler. Every aspect fed into the whole nicely as the exposition regarding the state of Nevarro emphasized the good Mando and his allies have done for the planet with their forced outing of Moff Gideon and his Imperial forces. The fact their local bar/bounty hunter headquarters now serves as the school and is full of children shows just how much their little town has changed in the time Mando has been away.

Weathers was arguably the strongest factor to the episode’s enjoyment both in his capacity as director and the role of Greef. We got to see a different side to the former bounty hunter leader as he took on a more responsible role with the town and was keen in looking after their best interests. Weathers oozed charisma throughout the episode and you could tell just how much he enjoyed exploring this new aspect to Greef. Behind the camera Weathers’ direction was stylish, focused and action-packed with its climax through Nevarro’s canyons. Weathers put a lot of attention on the characters themselves with their reactions to their discoveries at the lab, the chase or even just seeing The Child again. His balance of character-driven moments and action beats was well done. 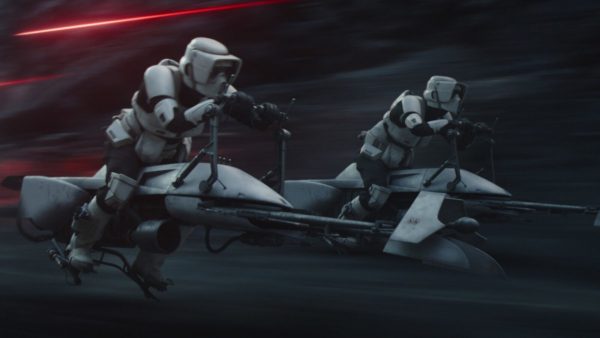 ‘The Siege’ is also a significant episode for Weathers to direct because it wasn’t just another adventure of the week, but one where the bigger picture for the season, and possibly the series overall, started coming further into focus as Mando and his allies discovered some clues as to why Gideon wants The Child so much. The few teases we got of Gideon’s failed experiments raises a lot of questions to the wider Star Wars mythology. Is he just trying to create his own super soldiers using Force-sensitive blood or could this, perhaps, tie into Palpatine’s return in The Rise of Skywalker? Now that we’re in the halfway point of the second season, this was a good time to present these questions and tease where the show could be heading.

Other aspects that stood out were the return of Horatio Sanz’s Mythrol, the very first bounty we ever saw Mando catch, and Gina Carano’s Cara Dune, who had a good fight scene of her own at the beginning. The balance between the tension and levity was also well handled as The Child got into a couple hijinks of his own, most notably at the school with a kid who wasn’t willing to share their snack and the resulting consequences, or Mythrol’s reluctance to join the mission any more than he already had, though there were a couple points his complaints got a bit old. It still all came together really well in the end to be one of the series’ best episodes. 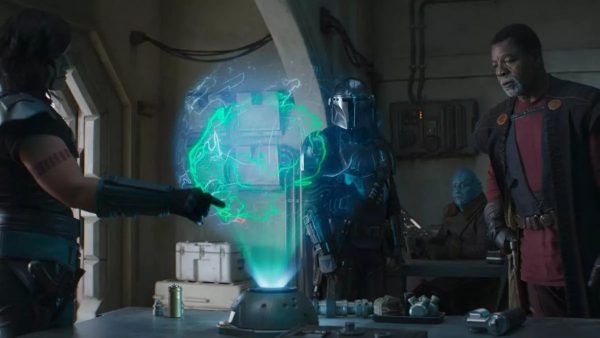 ‘The Siege’ was both a very entertaining and sequential episode of The Mandalorian thanks to Jon Favreau’s writing and especially Carl Weathers’ direction. The chase was one of the best action sequences the series has delivered thus far and the whole cast worked well together with their respective character beats. Now that we’re halfway through the season, the plot advancements Weathers made to the overall story provided some nice teases at what is to come as the larger picture takes shape. Mandalorian fans should be quite pleased with Weathers’ Star Wars directorial debut.