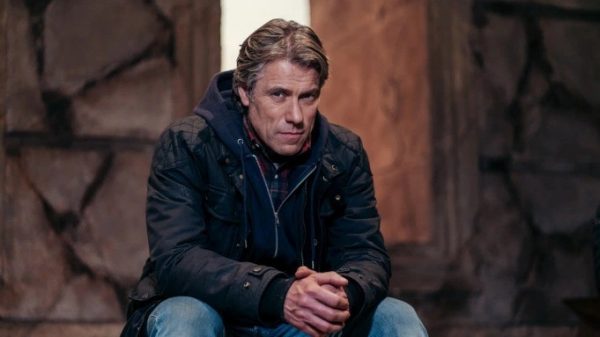 With Graham (Bradley Walsh) and Ryan (Tosin Cole) bidding farewell to the show with yesterday’s Holiday Special episode ‘Revolution of the Daleks’, the BBC has announced that comedian and actor John Bishop is set to join Jodie Whittaker’s Doctor and Mandip Gill’s Yasmin as new companion Dan in the upcoming thirteenth series of Doctor Who.

Welcome to the TARDIS… ✨ pic.twitter.com/WgpnYiweqR

“If I could tell my younger self that one day I would be asked to step on board the TARDIS, I would never have believed it,” said Bishop (via Deadline). It’s an absolute dream come true to be joining Doctor Who and I couldn’t wish for better company than Jodie and Mandip.”

“It’s time for the next chapter of Doctor Who, and it starts with a man called Dan,” added showrunner Chris Chibnall. “Oh, we’ve had to keep this one secret for a long, long time. Our conversations started with John even before the pandemic hit. The character of Dan was built for him, and it’s a joy to have him aboard the TARDIS.”

“We are beyond thrilled to have John Bishop joining Doctor Who,” stated Piers Wenger, Controller BBC Drama. “Alongside Jodie Whittaker and Mandip Gill, John is a wonderful addition to the show and we have no doubt that season 13 is going to be another thrilling set of adventures for the Doctor.”

Filming on series 13 of Doctor Who got underway in November ahead of an expected premiere late this year.