Tom Jolliffe takes a look at John Hyams’ latest film Alone, and delves into its DNA… 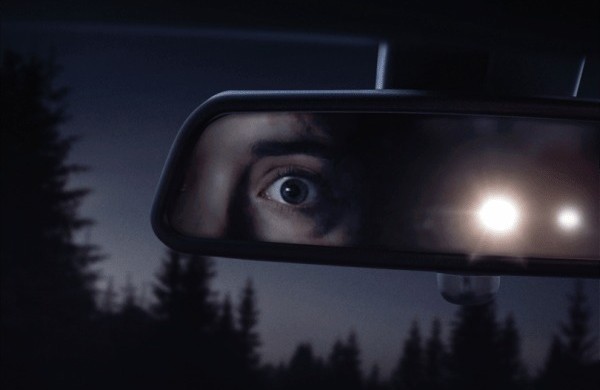 In 2012, director John Hyams delivered a hell of a surprise package. It was his second film in a franchise that he took into wild (and occasionally divisive) avenues. Universal Soldier: Day of Reckoning was near visionary in scraping away almost every ounce of the original films style and tone, replacing it with lurid, violent and artistically inclined genre blend that owed less to Roland Emmerich and more to Kubrick, Cronenberg, Lynch and Gaspar Noe. Quite a few critics loved it. Others were reviled whilst intrigued. The fans of the original and of Jean-Claude Van Damme in particular, didn’t seem to take to it. In a far less vocal corner of cinema, Hyams also foreshadowed the response Rian Johnson got in his reinvention of Star Wars in The Last Jedi (minus quite the vitriol reserved for Star Wars level franchise). In truth Johnson’s film still basically conformed, but was messy. Hyams really did chuck out the rule book.

Step forward almost a decade and he’s veered successfully into TV (with Z Nation and Black Summer particularly). He directed one other film that received favourable reviews, but not a very notable release with All Square. His latest film has all the distinct hallmarks that Hyams fans will know. Even in stripping Alone back to as simple a tale of cat and mouse survival, he creates an atmosphere of tension and unease. He punctuates the film with a blunt and ruthlessly effective smattering of violence. In many ways it’s his most pure film, with no danger of being convoluted by a high concept, and perhaps a more consistent through-line in his filmic reference points (though many of the reasons some Unisol fans couldn’t quite connect with Day of Reckoning, were precisely what I loved about the film). It’s as confidently put together as aficionados of his most auteur works (Dragon Eyes was the exception which felt more gun for hire) would expect. 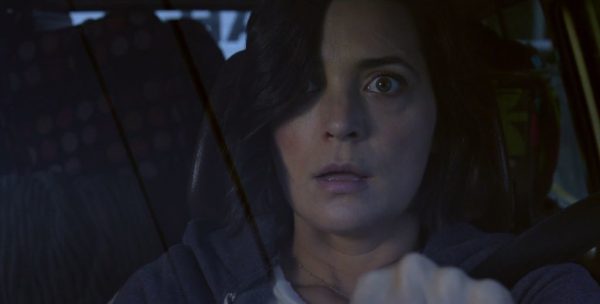 Alone becomes a gruelling but enthralling quest for survival as a widow (Jules Willcox), on the road to a new life is hounded for no seeming reason by a mysterious man in a pick up. The film wears many of its reference points on its sleeves. It begins as a classic road thriller, with an enigmatic terroriser. Spielberg wrote the book with Duel, his break out TV movie that proved immensely thrilling despite its lithe concept. The mild mannered Dennis Weaver pushed absolutely to the brink of breakdown as he’s stalked through the highways by a truck, whose driver we never see. It’s gut wrenchingly tense and relentless. Hyams isn’t so secretive with his tormentor though, much like the sadistic biker gangs in Mad Max, or the seemingly amiable but duplicitous and calculating J.T Walsh in Breakdown. Joy Ride, the enjoyable and underrated Duel riff from 2001, was somewhere in the middle of these, keeping an air of mystique about the tormenting driver terrorising Paul Walker, Steve Zahn and Leelee Sobieski.

The beauty in many of these films is the lack of reasoning. It becomes almost something of a sadistic pleasure for the highway tormentors. It’s this enigma that’s key to creating more tension. The more we begin to sense the motivations clearly, the more mystique the film loses. We don’t question the logic that the truck in Duel is forever catching up with Weaver, or that Rutger Hauer’s titular hitcher is always a step behind C Thomas Howell. It comes to a point, even when it seems the protagonist is finally rid of their pursuer, the villain pops out of the woodwork once again. When this kind of film is done well, the seeming predictability never hampers the tension too much. 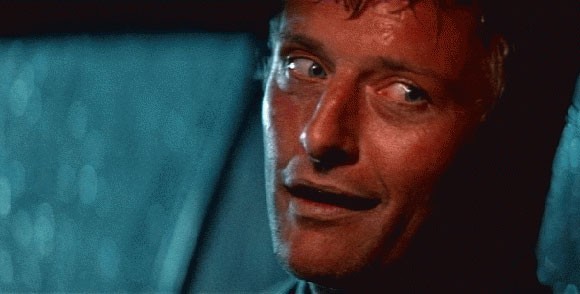 Sensibly, Hyams also pulls a mid-film spin too, with Wilcox captured and kept confined in the ‘man’s (Marc Menchaca)’ remote cabin. When she manages to escape, it’s a hunt through woodland that will eventually descend to base animalistic violence. The jungle hunt feels like Deliverance, minus banjos and buggery. It’s simple and brutally effective. Hyams piles on the complications (a gruesome foot injury) and the natural elements (pounding rain, sodden mud etc). It becomes a trial of human grit and survival instinct for Jessica (Wilcox). Her journey to a new life becomes a literal fight to find it. She’s numb at the beginning of the film. Just drifting, coming to terms with losing her husband (a point which her antagonist picks up on, and delights in torturing her over). It’s not distinctly implied, but there’s a feeling she had almost reached a point where there was almost no will to carry on, with a physical move feeling like a half hearted last stab at moving on mentally.

Most succinctly I think, Hyams does well to capture that paradoxical feeling that the finer of these fellow examples also manage. Weaver (Duel), Howell (The Hitcher), Gibson (Mad Max), Reynolds et al (Deliverance). The terror is very real, the trials savage and the psychological damage inexorable. Yet come the end, there’s something new within each protagonist, almost guttural that was chipped out from behind stone. They’re irreversibly changed, but maybe in some way, for the better. They’ve discovered something few civilised beings will ever need to see. It’s a question about themselves whispered prior in macabre pondering that is answered. Now they know just what fortitude they have, and the point at which their civility will snap. 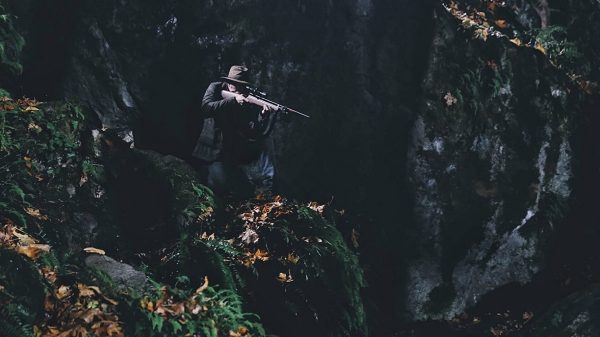 For fans of any of the above films, Alone is well worth checking with superb performances by Willcox and Menchaca. It makes another intriguing exploration from Hyams, even if it doesn’t have zombies or clones, or enhanced super soldiers. Have you seen Alone? What did you think of it? What’s the best road killer thriller? Let us know your thoughts on our social channels @flickeringmyth….