Tom Jolliffe offers up 15 great cinematic journeys…  When it comes to cinema, the very best films will grab the audience and keep us gripped throughout the runtime. Every character goes on a particular journey that can be literal and/or metaphorical. Those literal epic journeys which might see hobbits on a quest to take a […] Tom Jolliffe takes a look back at 2001’s Joy Ride… Terror on the highways. A cat and mouse chase as unsuspecting folk wending their merry way across the long American highways, get targeted by a mysterious stalker. It worked in Duel when Steven Spielberg announced himself as a film-maker who might just be something special. […] Marvelous Videos presents killer car movies…. Over a million people die from an automobile-related incident/accident every year, yet for some reason these mechanical means of transportation do not frighten us. Perhaps it’s because they are a part of our societal structures, or maybe it is because we love the freedom they bring us. Regardless, cars […] Duel – 50th Anniversary Edition, 1971. Directed by Steven Spielberg. Starring Dennis Weaver, Jacqueline Scott, Eddie Firestone, Tim Herbert and Carey Loftin. SYNOPSIS: A travelling businessman is pursued across the Californian desert by a huge tanker seemingly hell bent on killing him. By the time Steven Spielberg made Duel in 1971 he had already directed […] Marvelous Videos presents the best made-for-TV horror flicks and serials… Just because something was consigned to television back in the day didn’t guarantee that it was bad. Far from it, the lower budget meant less studio heads, meaning more creative freedom for aspiring filmmakers interested in telling a scary story. They may get a bad […] 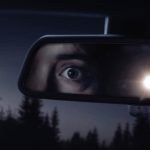 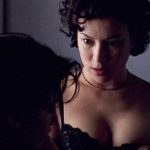 IDW adapts Joe Hill and Stephen King’s Throttle and Richard Matheson’s Duel this week in the graphic novel Road Rage, which collects the 2012 issues Road Rage: Throttle #1 and #2, plus Road Rage: Duel issues #3 and #4; check out a preview here… On the isolated road of the American highway… terror rides on 18 wheels! […] Tom Jolliffe on the power of a top director… We’ve all seen great directors deliver complex films, perhaps sprawling with ideas and scope. Perhaps an engrossing retelling of an event in history. A director like Christopher Nolan has spent almost his entire career on weaving complex and intricately stranded high concept films. It takes a […]