NACON has announced the release of Hunting Simulator 2 on Xbox Series X/S and Playstation 5.  Hunting on consoles and computers is infinitely better than the real thing at the best of times but the latest gen’ version makes the simulation deeper and more immersive than ever thanks to a range of graphical upgrades.  Alongside this version, NACON has announced a new DLC will be released on 23rd March giving gamers a whole new campaign to follow as a ranger. 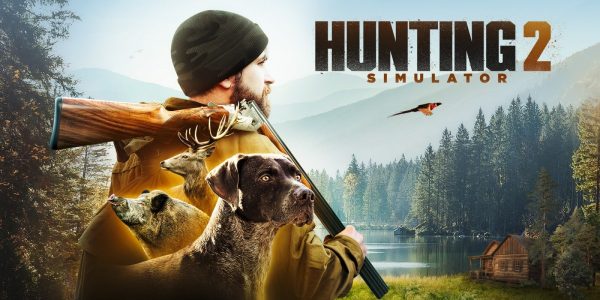 Hunting Simulator 2 takes hunters to a range of large and varied natural environments from locations across the USA and Europe.  Use a wide array of equipment and make use of basic hunting skills, like tracking from downwind, to sneak stealthily among the flora to hunt down over 30 animal species, each of which has an artificial intelligence that makes the animal behave in a more realistic manner.

Hunters will be able to choose every piece of their equipment with a choice from more than 75 weapons and 90 official clothing items from well known brands like Browning, Winchester, Verney Carron, Bushnell and Kryptek.

The new DLC, A Ranger’s Life, will provide players with a new campaign that puts them in the role of a park ranger.  With the faithful dog at your side journey through a national park in Colorado and tackle a number of different missions, including heal animals, collect samples and control invasive species. It’s up to you to ensure the health of this valuable ecosystem.

Hunting Simulator 2 is now available on Series X/S and PS5 and the upcoming DLC will be available for all console and PC players.