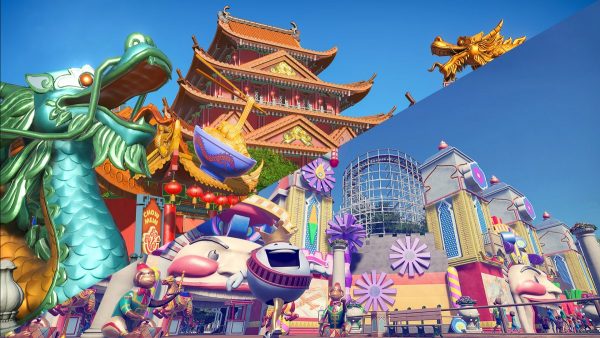 Planet Coaster first came onto the scene back in 2016, and I am ashamed to say that I unfortunately had not played it until recently. The fact that the game is on Xbox Game Pass made it extremely fortunate that I could just pick up and play it with no hassle whatsoever. My experience was a crash course on not just the base game but the DLC pack of ‘World’s Fair Pack’ and the ‘Vintage Pack’. Each of these packs comes with a large variety of new rides, shops, attractions and everything needed to make this smile inducing game even more playable.

The Vintage Pack pays homage to the wonderful theme parks of years gone by, when simplistic rides were all the rage. Who needs the corkscrews and loop-to-loops of a bullet styles rollercoaster, when the big wheel and county fair vibes leave us feeling humble. The pack offers a feeling of the “classic” American dream era of fair ground entertainment, all while integrating extremely well with the game’s previous expansions and the base content. 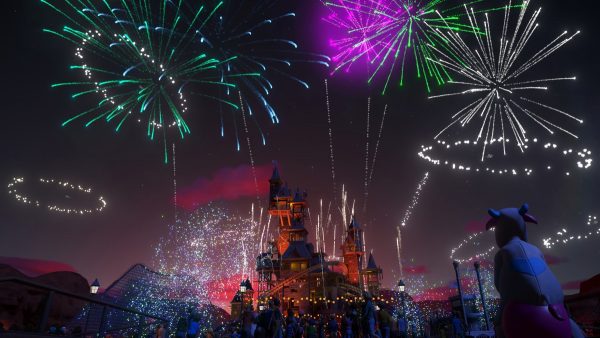 The World’s Fair pack brings the iconic architecture and culture to your fingertips in this beautiful DLC pack. Explore the farthest reaches of China, then pop into a snow capped Swiss village, mosey on over to a Texan grill house and finish off outside a Parisian coffee store.
Bring so many different cultures into your park and create a scenario where you can go round the world in 80 attractions.

The purpose of the expansions is to allow the player a greater depth of choice in creating their dream theme park. The challenge comes from pushing yourself to make bigger and more grand spectacles for guests to come and admire. These two content packs certainly allow players to craft new areas, or just integrate the new rides and attractions in with existing game features. The biggest difference is the actual choice we are given, allowing players to create a miniature Epcot in game, or allowing them to craft a Coney Island. 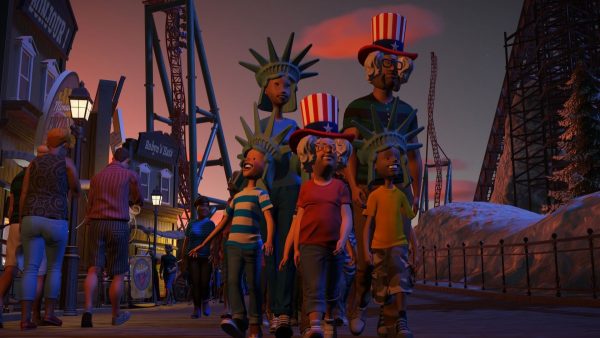 The rides you unlock from the start or have to research give the game another layer of depth once again. Pushing you to manage, strategies and compromise to create the “(virtual) happiest place on Earth”.

Planet Coaster is very much a love letter to games such as Theme Park and Roller Coaster Tycoon. Titles that had a long-lasting impression on the gaming world, purely because they were created to craft joy and put a smile on your face. Planet Coaster not only takes the elements of these games, but pushes the ideas further than its spiritual predecessors. Looking at what to add, expand and develop is a sign that this is a project of passion and intrigue, allowing players to come back time and time again to plot out a dream they once had, or just to even settle down and escape reality for a few hours. 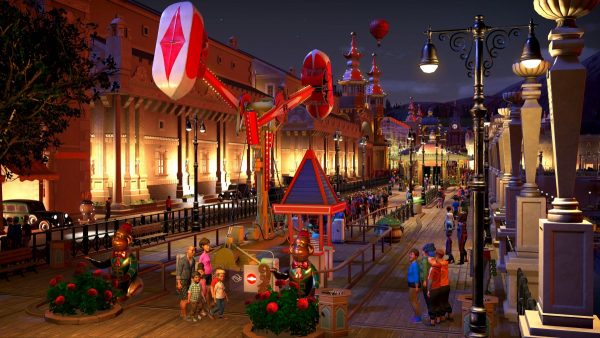 These two packs definitely allow for a vast choice, allowing you to craft time capsules where time produced innocent summertime memories. This is a game that will continue to grow and expand, while not coming off like a simple cosmetic pack. The vibrant design and the overwhelming joy this brought to me as a player took me away from my life for the time I spent with the game. The challenges and pay-offs were very much worth the effort I invested.