The Oscars are almost upon us in what will surely be, given the state of the world, a very unusual ceremony.

The acting nominations for this year are a strong line-up of Oscar veterans, first-time nominees and, of course, the late great Chadwick Boseman who I’m sure we all wish was still here to enjoy his nomination.

However, I’m not here to talk about this year’s nominees or any other years nominees, for that matter. Instead, I’m taking a look at performances that, despite being brilliant, were sadly overlooked by the Academy.

Sandra Bernhard as Masha in The King of Comedy (1982) 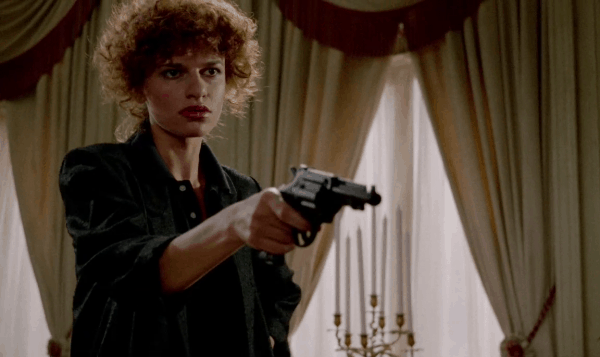 The main draw for Martin Scorsese’s The King of Comedy might be the performances of Robert De Niro and Jerry Lewis as a wannabe comedian and his idol, but praise has to be given to the underrated (and wild) turn from Sandra Bernhard as crazed superfan Masha.

While De Niro’s delusional Rupert Pupkin is unsettling, Bernhard’s Masha is a whole other level of crazy. Not content with merely idolising talk show host Jerry Langford (played by Lewis), Masha loves him with every fibre of her being, throwing herself at him like a crazed lemming, calling him at ungodly hours or chasing him through the streets to let him know how much she loves him even as he flees in terror.

While her screen time is limited, Bernhard owns every minute of it, portraying Masha as a damaged woman who is, at times, tragic but terrifying. Bernhard’s finest moment arrives when Masha finally gets a ‘date’ with Jerry after kidnapping him. It’s an unsettling scene in which Bernhard lets rip with a furious rant about her frustration with people controlling her and her longing to be “out of her head”. Her disconnect from reality clear to everyone except herself, lending this scary ordeal something of a sad and pitiful air to it.

Funny and frightening in equal measures, Sandra Bernhard’s performance is a criminally underrated gem from a severely underrated film (which, Bernhard aside, I highly recommend) that should have gotten at least a nomination from the Academy. 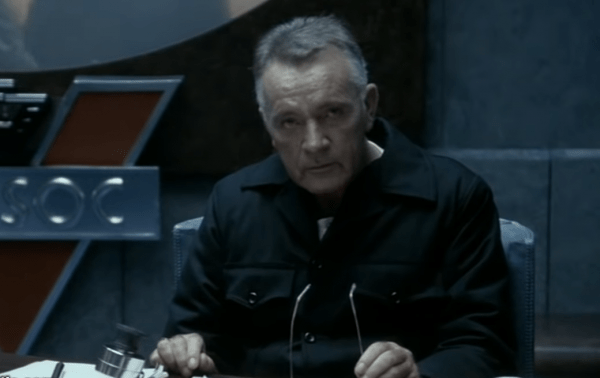 Richard Burton is one of stage and screen’s most acclaimed actors, yet he is also one of its unluckiest. Throughout his varied career, Burton managed to secure himself a whopping seven Oscar nominations. However, despite numerous critically praised performances (and two marriages to Elizabeth Taylor), Burton sadly never took home an Academy Award. While it’s unlikely he would have won, I feel that Burton deserved one last nomination for what sadly turned out to be his final performance – the sinister O’Brien in bleak dystopian drama 1984.

Burton’s O’Brien is very much a man of the machine, devoid of any genuine emotion, remorse or pity. His humanity willingly sacrificed in service of The Party that rules over the dystopian world of the film. Burton portrays this inhuman iciness brilliantly. His distinctive sonorous voice making every menacing utterance all the more chilling by the calm and collected manner he plays the role. Never once does Burton so much as raise his voice or make a grand shouty speech about power like some stereotypical villain. Instead, opting for quiet monologues that, thanks to this restrained low-key delivery, pack a much more impactful punch. Especially when he utters the immortal line: ‘If you want a vision of the future… imagine a boot stamping on a human face forever.’

A final masterful performance from an actor who didn’t quite get the recognition he deserved, Richard Burton’s portrayal of O’Brien is not just one that should have been nominated for an Oscar, but it should have been the one that finally won him one. 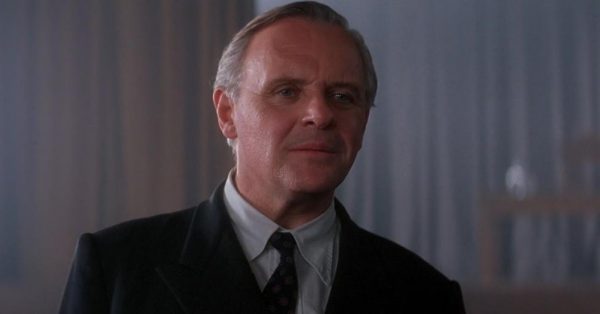 While Anthony Hopkins may already have an Oscar for his role in The Silence of the Lambs with possibly a second incoming for The Father, one performance that deserved a nomination is that of C.S. Lewis in Shadowlands.

As Lewis, Hopkins succeeds in endearing the viewer to the author, portraying him as a reserved but brilliant man. One who commands attention with his sermons at church and good-natured discussions on the importance of fantasy stories with his friends. When he meets American poet Joy Davidman, Lewis finds himself a kindred spirit, Hopkins playing off brilliantly against co-star Debra Winger, their chemistry lending their scenes together a warm atmosphere as the two enter into a close albeit platonic marriage.

As Joy falls terminally ill and Lewis realises he is in love with her, Hopkins movingly portrays the happiness and anguish of falling in love, revealing a vulnerability that I don’t think we often see from him.

The moment that stands out to me as one of Hopkins best comes after Joy has died and Lewis attempts to comfort his step-son. It’s a tender moment as Hopkins tearfully struggles to maintain his composure. However, it’s after his on-screen step-son remarks about ‘wishing to see her again’ that Hopkins finally cracks. Breaking down sobbing in a beautifully acted display of raw grief that hits you at your core. Especially when he sobs: ‘Me too’.

A quiet moving performance that ranks as one of Anthony Hopkins best, and one that, had he not already been nominated that year (for The Remains of the Day), would have nabbed him another well-deserved nomination. 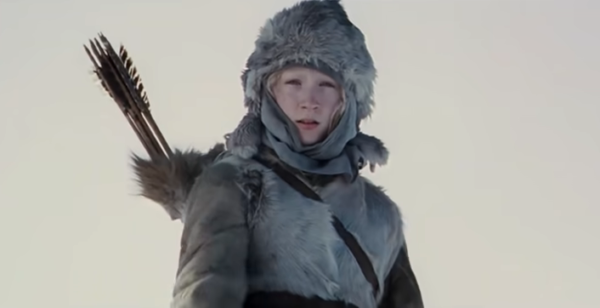 Saoirse Ronan is, in my view, among the best actresses working today, and quite possibly of all time. With a whole slew of critically acclaimed performance and three nominations already, I reckon it’s only a matter of time before Ronan takes the stage to accept her Oscar. One performance that I feel is among her very best is one that sadly didn’t get any attention from the Academy – that of eponymous teenage assassin Hanna.

It’s a tall order for any actor to take on such an emotionally complex and physically intense role of an assassin. Doing so when you’re only 17 is something else entirely. Yet, despite her relatively young age at the time, Ronan dives into the role with both feet. Imbuing Hanna with a sense of duality, the actress alternating between sympathetic childlike innocence and an unstoppable trained killer on a dime.

Ronan also deserves points for the action sequences performing several of the stunts and fight scenes herself, allowing her to portray Hanna as vulnerable but far from helpless. It’s in capturing Hanna’s emotional side that Ronan shines brightest, sympathetically portraying her as a lost child who just wants to be reunited with her beloved father.

A superb blending of childlike emotional vulnerability and action hero physical prowess, Saoirse Ronan as Hanna is another fantastic performance out of a whole career full of them. And one that the Academy really should have taken notice of when drawing up their nominations. 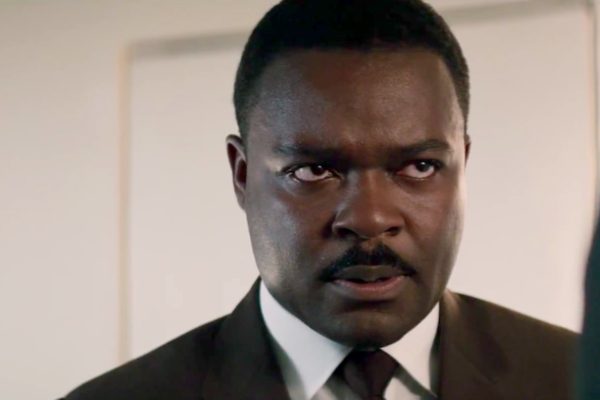 Taking on the guise of a historical figure is a daunting task for any actor, but taking on a figure as iconic as Martin Luther King is downright herculean. Thankfully, in Selma, British actor David Oyelowo proves himself more than up to the challenge of filling the shoes of the revered civil rights leader.

Oyelowo’s performance is something of a balancing act, the actor portraying the two sides of Dr King, the historical figure and the man himself. As King, the historical figure, Oyelowo is superb, managing to near perfectly replicate the distinctive cadences and rhythms of the Reverend’s voice when at the pulpit, making you feel the fire that drove him to embark upon his noble and formidable efforts.

However, the best moments of Oyelowo’s performance are when he steps back from the pulpit and allows us to look at the flesh and blood man behind those famous speeches. Oyelowo, in these private moments, portrays King as a gifted, intelligent man, albeit one who is not immune from feelings of doubt and frustration. Nor is he immune from giving into temptation, as is revealed in an emotional scene in which his wife confronts him about his numerous infidelities. These scenes work to humanise King, allowing the actor to create a layered portrait of a great but flawed man instead of a hollow impression only celebrating his achievements.

A complex role that Oyelowo tackles with relentless passion, delivering a suitably powerful performance that does the late Dr King proud. It’s just a shame that the Academy didn’t feel the same. 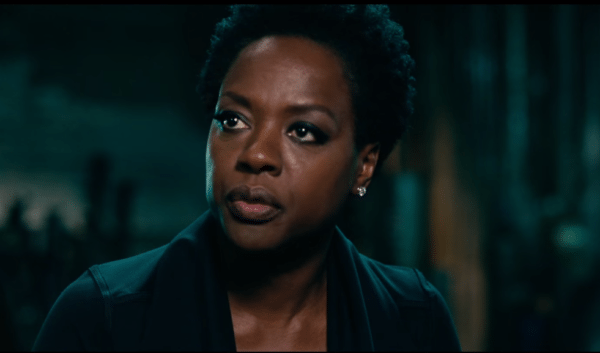 From the leads to the supporting players, Steve McQueen’s heist thriller Widows boasts strong performances throughout. So many, in fact, that I could have filled this entire feature with just the cast of this film. However, if I to spotlight one, it would have to be Viola Davis for her towering performance as a grieving widow turned criminal mastermind, Veronica.

Davis is fantastic throughout, dominating the screen with a powerful screen presence that demands attention. Never once letting her grief hold her back from accomplishing her daring mission. When sharing the screen with her fellow widows, Davis presents a strong front, taking charge of situations and commanding them in their duties. Yet, while the character could have come across as a one-note boss, it’s when she is alone that Davis shows us the vulnerable grieving woman hiding behind this tough exterior. Moments remembering happier times with her husband (played by Liam Neeson) are especially poignant, with her happiness in the memories contrasting markedly with the solemnity of her present. A scene in which she prepares for his funeral is particularly emotionally powerful. Davis, alone in her bathroom, letting out an anguished scream that punches through the silence, articulating her emotions stronger than any dialogue could.

A terrific display of the ferocious talent of Viola Davis, projecting formidable authority while never letting it threaten to overwhelm the humanity and vulnerability of her character. While Davis might already have one Oscar under her belt (with more surely to come), suffice to say this performance is one that at the very least deserved a nomination.

SEE ALSO: Six Great Performances That Should Have Been Oscar Nominated (But Weren’t)

What great performances do you think should have been Oscar nominated? Let us know on our social channels @FlickeringMyth…